A Martlet guide to surviving this year’s family feast 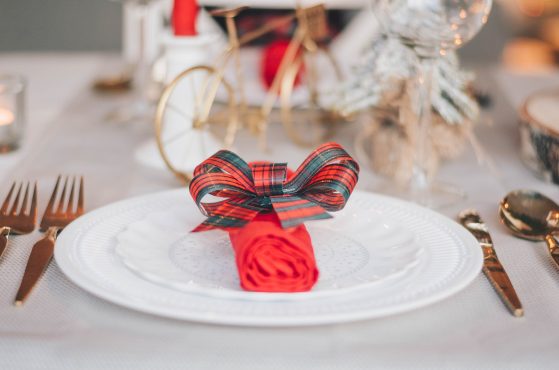 Photo by Libby Penner via Unsplash.

It’s that time of year again! The holidays are here and so are all the best traditions. Gift wrapping, putting up your light display, decorating your Christmas tree. It’s what makes the Clark Griswold in us feel fulfilled, but there is one tradition that some of you may be dreading — family dinner.

This feast is meant to bring the family together, but, for many it often goes up in flames, and I’m not just talking about the turkey.

We all have those family members who love to bring up controversial topics, or those who love to argue about anything. Thus, I’ve decided to compile a list of some of the topics that could come up, what to expect from them, and some cues that signal it’s time to put some airpods in or get up to go to the bathroom.

One of the hottest topics for discussion this year will be abortion rights. Everyone has something to say about this, from the overly religious grandparents to the ultra-liberal cousins. This is definitely a topic that could start when the discussion of babies comes up (like when your aunt asks when you’ll finally give her a nibling). Either way, it may be best to make sure nothing is in the oven at the time (pun intended), as someone may decide to make their point by spoiling dessert.

While this may not stir up the craziest of arguments, there might be one family member deep in the realm of conspiracy theories who will hit the table with some fake news or “Putin only did this ‘cause he knows he’s gonna die soon.” The real discussion will be about what the world should do to help, with the answers ranging from sanctions to all-out nuclear war. If you want to avoid this topic, be aware that it’s bound to come up after someone mentions their trip to Europe over the summer.

The crème de la crème of family dinner conversations is always the political climate of our neighbours down south. Someone is destined to bring up how the midterm results were good or bad, depending on their political affiliations. The talk could shift to the Republican candidate bids, or to how Biden has performed as President. Unfortunately, there is almost no avoiding this subject at the table, as it has become an intrinsic part of small talk in Canadian households.

The economy is also a subject that can come up fairly quickly. Inflation, the cost of living, and housing markets are the biggest topics that fall under this category. A looming economic crisis (expected to cause markets to crash like Harrison Ford piloting an aircraft) could also be mentioned subsequent to your relatives complaining about government spending, the Russia/Ukraine conflict, or that governments are blaming Russia and COVID for the state of the economy to hide all the money they’re printing. In fact, you might even be the one to bring up this doomsday subject, as a response to being told, “When I was your age I’d already bought a house/started a family.”

Both of them have been all over the news. The $8 blue check mark and the reinstatement of Trump and Ye have been the major talking points of Musk’s takeover of Twitter. Ye himself has had a crazy year, capped off with antisemitic remarks made on a podcast which saw him lose his billionaire status, followed by even more horrifying exclamations on another podcast six weeks later. High-profile people may make fun topics when they get started, but heated arguments can and will arise when controversial celebrities are involved. It’s probably best to avoid mentioning any of this, but your gossip-giddy relatives could always bring up Pete Davidson’s historic dating run, which is a pretty slippery slope towards Ye.

As I wish you all the best navigating the family dinner conversation landscape, I will leave you some ideas on how to avoid such conversations. Perhaps talking about the best Christmas movies (Elf or Die Hard, nothing else) is the safest bet, or bringing up how nice it is that [insert winning team] won the World Cup. Or you could always talk about how the first semester of uni went for you, if you’re desperate. Either way, I hope this has left you better prepared for the uncomfortable conversations families like to bring up, and more confident going into the unpredictable storm that is holiday dinner.