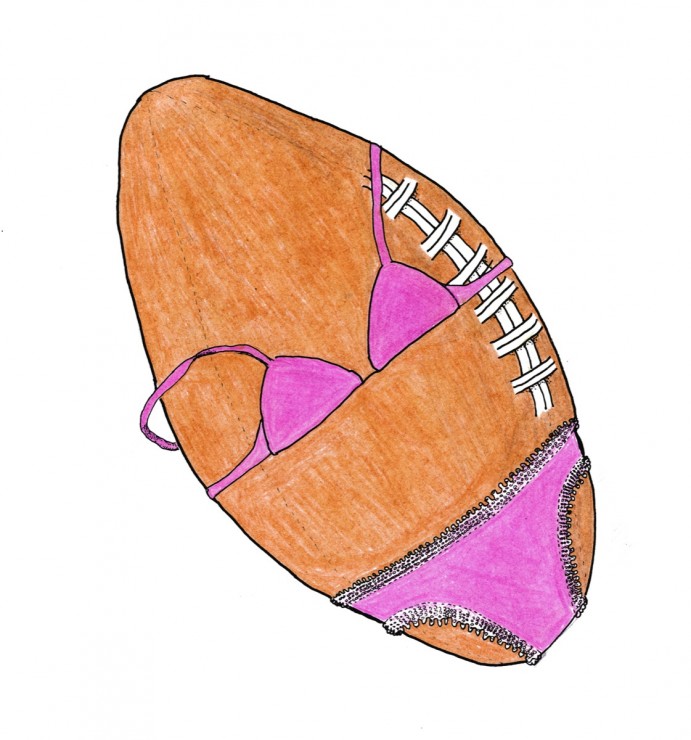 Sometimes you need to break convention in order to get results. Or, at least, that may have been what Jan Vertonghen, a defender for Tottenham Hotspurs in the Premier League, was thinking when he “pantsed” a striker baring through on goal. With only the keeper to beat, Aston Villa striker Nicklas Helenius looked certain to put his team 1-0 up. That is until Vertonghen slipped, grabbed Helenius’ shorts, and revealed his tighty-whiteys to the world. ASS-ton Villa, anyone?

As the cameras rolled during a July 2012 hurdles event in Barcelona, hurdler Michelle Jenneke was caught on camera jumping up and down, swinging her hips, and smiling broadly while warming up.

Jenneke looked like she was enjoying herself, and the video went viral as fast as she finished her race—it has 26 million views at the time of writing. Not only did she capture the world’s heart, she also came first in the event. Talk about a winning smile.

Being sexy is great but being sexy for a good cause is even better. This is the mentality that the members of the Warwick Rowing Club took to heart when they created a nude fundraising calendar in 2009 to help repair their broken-down facilities. The boys have been baring it all for the calendar campaign ever since, and it’s been enormously successful. After raising a ton of money, the success of the calendar allowed the rowers to partner with  Sport Allies in 2012, a charity that strives to end homophobia in sports.

The club has sold calendars in 77 countries and has raised over £200 000. With ridding the sports world of homophobia being at the forefront in recent years, it’s encouraging to see people taking a stand against discrimination—and looking great while doing it.

Not only was this one of sports’ sexiest moments, but it was also a crucial moment in the development of women’s soccer in the USA. The 1999 World Cup was only the third time the competition had been played, but it set the stage for women’s soccer in North America and the world. With a record 90 185 people packed into the Rose Bowl in California to watch the U.S. take on China, the final would have gone down in history anyway. But when Brandi Chastain scored the winning penalty and tore off her shirt to celebrate, the final was immortalized. An image of Chastain was paraded on the front of Sports Illustrated, and her act challenged the notion that only men could strip to celebrate a goal.

No, they aren’t a moment, but the ESPN Body Issues are undeniably sexy. Encompassing all sports, the magazine does a fantastic job of making us both envy and love these athletes. Some of the most notable inclusions are American soccer goalkeeper Hope Solo and hockey player Ryan Kesler, MMA champion Ronda Rousey, Texas Rangers infielder Prince Fielder, and Blue Jays star José Bautista. Often awe-inspiring, and always sexy, the ESPN Body Issues do a great job of showing the world that sexy comes in every shape and size.