Spring Awakening review: An exploration of the importance of sex education 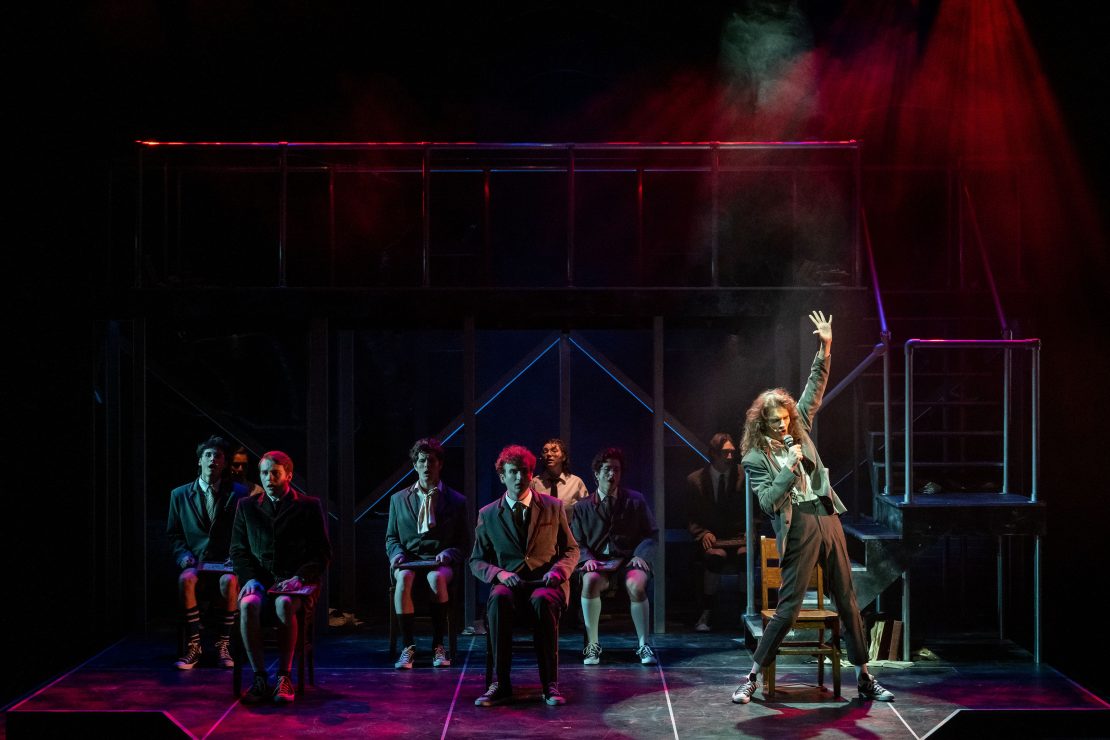 Spring Awakening is described as a coming of age story, but I disagree with this brief summary.

Yes, this musical is about teenagers’ sexual awakening, but equal, if not more, attention is also given to the consequences of parents not teaching their children about sex and their need to pretend that only the teenagers are in the wrong.

Set in late 19th-century Germany, Phoenix Theatre’s new play Spring Awakening follows Melchior, Wendla, Mortiz, and their peers as they grapple — intrigued and horrified — with their burgeoning sexualities while their parents and teachers either ignore or repress these urges.

Halfway through the first act there is a sudden tone shift that darkens the rest of the musical. The show does come with content warnings, and I do emphasize that you look those up before seeing the show if you’re interested. Without spoiling too much, at this turn, the show explores the darker themes of sexuality and continues to explore these consequences.

It’s hard to pick a stand-out performance from the cast. Everyone did a fantastic job with the material and are able to balance the switches from singing, dancing, and speaking. I will say that the stand-outs for me are Roan Foshaug and Jenny Robinson, who play multiple roles of adults. While the adults, even the well-meaning ones, are an oppressive presence on the teenagers, Foshaug and Robinson add subtle differences to the adults that make them feel just different enough from each other.

The second act is focused on the consequences of the characters’ actions, but it feels rushed when compared to the first act’s status quo. Everything comes crashing down all at once for the characters, as terrible thing after terrible thing happens, all a little too quickly for the consequences to be fully felt by the audience. It also focuses on Melchior’s journey over Wendla’s, and this disparity is most strongly felt in the second half when his emotions and reactions are prioritized over the other characters.

The play ends in a darkest hour moment, but tries to establish that hope is still possible with a full cast song. Because of these rapid-fire developments, the note the musical ends on doesn’t really work for me personally. The tones clash too much right at the end.

Overall, I’d recommend checking out Spring Awakening. It’s an interesting exploration of the consequences of having no sex education, and can be funny and somberly uncomfortable. The story does step on its own toes from time to time, so that’s something to keep in mind if you go see it.

Spring Awakening is running at the Phoenix until Saturday Nov. 26 and tickets are available online here. There are streaming options available.