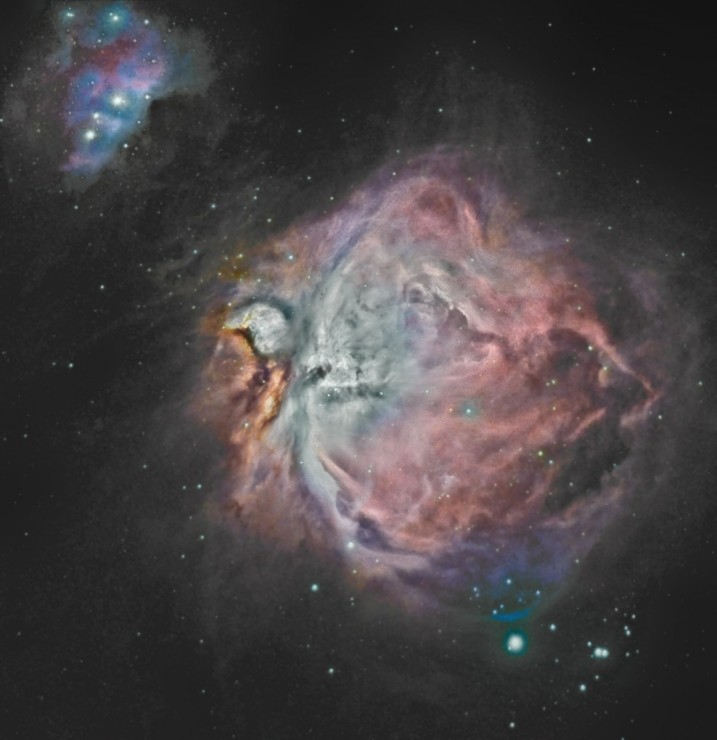 Finding hobbies was one of the most rewarding things I did during my undergrad. For me, the hobby that stuck was astrophotography. Building a new skill set and applying myself to technical problems helped with my sanity, but also introduced me to new circles of informed professionals and enthusiasts. I look back at my experiences learning astrophotography over the past four years and wonder where the time has gone. As a hobby it has at times been challenging, draining, and frustrating, but every success makes those long nights worth it—and you can do it too.

Technology has come so far in the past decade that anyone can take up the hobby with an off the shelf  DSLR. Snapping hand-held pictures of the Moon, or capturing video files to develop into a planetary image can be using from a simple tripod without the need for expensive tracking mounts. Even the most basic image is out of this world. For me, it was an interest in galaxies and deep-sky photography that motivated me to take the plunge.

The first thing you need to accept when starting this  hobby is that space is amazing. As a history major, one of the things that hooked me on astronomy, and later astrophotography, was the realization that when you look at the stars you are looking back in time. Even Andromeda, the nearest galaxy visible in the northern hemisphere, is a staggering two million light-years away. Every particle of light from a galaxy or nebula captured during an imaging session has travelled an enormous distance.

Capturing the image of the Great Nebula in Orion that accompanies this article was a little more involved than just setting up a tripod and clicking away, but people all over the world are doing this, sometimes with very modest equipment.

Due to the long exposures required in deep-sky photography, a mount that can track the movement of the stars is required. In this case the image uses individual exposures of both 10 and 20 minutes, totaling two and a half hours.

The Orion nebula is a stellar nursery about 1500 light-years away. I gathered the colour data for this image in December 2011, and added a narrowband detail layer of hydrogen alpha data captured in November 2014.

Unlike in the days of film photography, the CCD and CMOS chips found in modern digital cameras allow us to combine the information of multiple images into a single result using a data reduction technique we call ‘stacking.’ When I first began to take photos from my parent’s back porch, tracking limited my exposures to just 10 seconds each. Stacking hundreds of these frames together—with a free program no less—allowed me to recover striking detail in my first images.

These days I use the facilities of Victoria’s chapter of the Royal Astronomical Society of Canada, which meets monthly on campus. This image was captured using those facilities, and there are many knowledgeable members happy to help anyone with an interest in bagging their first galaxy. Space is amazing and with modern technology it’s easier than ever to make your own images.