Student club connected to an organization accused of cult-like activities 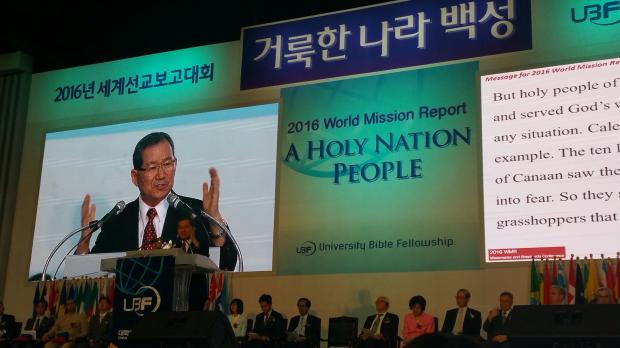 It started with a seemingly innocuous newspaper article.

In January 2016, the Camosun College Student Society (CCSS) published a column in the Nexus — Camosun’s independent student newspaper — listing off a number of extra-curricular clubs for students to join.

But when someone commented on the article accusing one of the clubs of cult-like activities, Greg Pratt, managing editor of the Nexus, started to investigate. His investigation didn’t last long, however, before the group had informed the CCSS that they were disbanding and leaving the campus.

That club is the University Bible Fellowship (UBF), and it shares its name with an international organization that was established in South Korea in the 1960s. Chapters exist in cities and on campuses all across North America — including the University of Victoria.

The club was ratified for the summer 2016 term with no funding at the first UVSS board meeting on May 9. While the UVic chapter has operated without any question or concern from students or faculty since 2007, the larger UBF has been scrutinized over the past 30 years, with allegations ranging from physical abuse to members being forced into arranged marriages.

And with the Camosun chapter’s abrupt disappearance leaving plenty of questions unanswered, attention has turned towards the UVic club to speak to their connections with the larger UBF international organization.

According to ubf.org, the UBF was founded when a Presbyterian missionary named Sarah Barry travelled to South Korea and met a pastor named Samuel Lee. The two moved back to the United States and established the first chapter of the UBF, which has since spread to over 96 countries.

The UBF puts “a love for God’s word” at the heart of their organization, with a focus on studying scripture in Bible study classes. The group is also focused on “Jesus’ command to make disciples of all nations.”

Concerns around the group’s activities first cropped up in the late 1980s, when their ferocious recruiting methods led them to be banned from several Canadian and American campuses like the University of Manitoba, the University of Winnipeg, and the University of Illinois at Chicago. Ex-UBF members spoke openly about joining the group and being slowly ex-communicated from friends and family members, having their original career plans questioned, and being pressured into romantic relationships with other members.

Brian Karcher, an American author, was a member of the UBF for over 20 years. He’s published four books on his experiences with the organization, and currently runs a website  for other ex-members — priestlynation.com.

“They’re focused on recruiting college students, exclusively,” Karcher says, “and they’re a very private group. They use ‘shepherds’ . . . who are meant to be life-long moral supervisors for each person. They become your new parent.”

Karcher, who says he met his wife through the UBF’s arranged marriage process, is the original poster who tipped the Nexus off about the UBF. He says that for new students who don’t know about the organization’s history, it can be incredibly appealing to join.

“It’s called love-bombing, in psychological terminology. That’s [what they do] at first . . . You’re treated like royalty for the first year . . . and for college students that’s huge.”

But Karcher says that after the honeymoon period ends, the love and fellowship gives way to psychological manipulation and authoritarian rule.

Pratt found similar allegations online during his initial investigation, but he says they struck him as too bizarre for Camosun College. So he contacted the group to try to clear things up.

Pratt sent two emails to the address publically listed on the CCSS website, but received no response. He then contacted the CCSS itself, asking them to contact the group. The student society did, and the Camosun UBF claimed that the similar names were a coincidence and that they would be changing the name shortly.

Satisfied, Pratt let up on his investigation. But he then discovered that the Camosun UBF advertised larger UBF conferences as opportunities for students.

Just days later, a CCSS employee informed Pratt that the group were withdrawing their club status due to claims that Pratt was harassing them. As quickly as the organization had popped into Pratt’s consciousness, they had just as quickly disappeared.

“To this day, they’ve never contacted me, they’ve never replied to my emails, and I don’t even know who they are,” Pratt says. “If it was just a coincidence, you’d think they would want to clear their name.”

With no more leads to investigate at Camosun, Pratt informed the Martlet that UVic also had an official UBF group on campus, and that the pastor for the Victoria chapter listed on the international UBF website is currently the same contact person listed by the UVSS.

The issue of problematic clubs on university campuses is an uncommon one, especially at the University of Victoria. One group that faced the threat of losing its club status was Youth Protecting Youth (YPY), a pro-life organization that had its status revoked and reinstated over the span of two months in 2010 before being denied booking rights on campus after university administration determined they were harassing students.

And as the new UVSS Director of Student Affairs, Emma Kinakin, explains, clubs policy doesn’t dictate how to handle the possibility of a cult on campus.

“It’s unclear what the issue would be, technically speaking,” Kinakin says about a potential UVSS inquiry into the UBF. “Especially because there is no evidence of the [UVic] group itself doing anything bad on campus, and so we’re kind of limited in our actions. Our priority is to make sure that we’re not making unfounded accusations at clubs or unfairly censoring them.”

“Basically, you would have to find somewhere that the club is violating clubs policy . . . or University of Victoria policy, or UVSS policy . . . [then] we could take action against clubs, if they’ve been clearly found to do that,” says Kinakin. “As far as I know of, there is no policy that says, specifically, you can not be a cult, although I’m assuming that if you were you would violate some other policy.”

Also, the club’s constitution states that “the views and actions of this club in no way reflect the views of the UBF Incorporated.”

The Martlet contacted the UVic UBF chapter twice via email for comment but has not received a response at time of writing. The international UBF’s website also lists an address just a short bus ride from campus, but when the Martlet went to find the pastor associated with the club, we were told the previous tenants had moved away a couple of years ago.

Though his part in the investigation is over, Pratt still harbours some doubts about the entire organization. And the vanishing act has only made him more intrigued by the group’s intentions.

“If someone out there [said], ‘[the] Nexus is a cult [and that the] Nexus has a group house between the two campuses in our town where they try to recruit exchange students,’” Pratt says, ”I’d be like ‘woah, I’m going to set the record straight immediately.’ And this group never tried to do that. They just kinda vanished.”

If you or someone you know has been involved with the University Bible Fellowship, feel free to contact the Martlet at edit@martlet.ca or at 250-721-8361.

Correction: A previous version of this story stated that Greg Pratt was the Editor-in-chief at the Nexus. He is in fact the Managing Editor. We regret the error.

We have also corrected wording around allegations that the club “ex-communicated” members. This is a misnomer; we have edited the story to reflect that the UBF allegedly isolates its members from friends and family.

To read a response to this piece from Joshua Park (a letter from Nov. 2016), click here.