Student unions at universities across the country have been receiving Amazon packages for months, and nobody has any idea why.

The packages — sent with fake names, usually — are filled with a menagerie of miscellaneous items, varying from student union to student union. There are a few consistencies, however. Most unions have received technological gadgets — wireless headphones, bluetooth speakers — other trinkets, and sex toys. 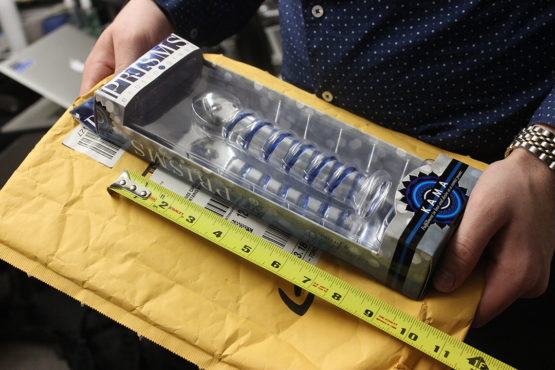 The UVSS has been receiving the packages for a few weeks now, but the society is torn on what to do with them. After initially accepting the parcels, they started to turn them away, unopened, back to Amazon. Now, staff members at the UVSS say the board has asked that the packages be accepted again.

The initial items received by the UVSS were passed to the Free Store in the basement of the SUB.

“It was a really weird collection of items, honestly,” says Alexandra Ages, coordinator at the Food Bank and Free Store. “It was a bunch of different sleeping masks, some earbuds, a ton of different tech stuff.”

Ages says the Free Store also received an aromatherapy diffuser, a juicer, and a collection of facial oils.

While none of the packages are dangerous, the RCMP are currently involved with Amazon in figuring out where the toys are being sent from and why.

“This behaviour violates our policies. We remove sellers in violation of our policies … and work with law enforcement to take appropriate action,” Amazon said in a statement to the CBC. “Consumer trust is one of our top priorities.”

Now, theories are all all anybody have. Some people have guessed the gifts might be coming from people testing stolen credit cards; the RCMP have concluded the packages are part of a weird marketing strategy.

“It’s just a way of companies getting their product out there and showing a demand for their product,” RCMP Officer Darryl Waruk told the CBC.

Still, nobody knows who they’re coming from and why they’re going to student unions. But, in the meantime, Ages will continue accepting the contents of the parcels as long as they come her way.

“They were some of the most popular items! They’ve gone really fast,” she laughs. “So it worked out really, really well for us, and we’re grateful that the [UVSS] thought of us as a place to donate them.”