Success in a bottle 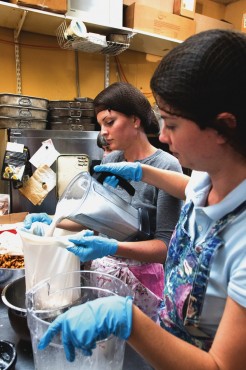 Though it only takes a day to make a week’s worth of Mylkmaid almond milk, it took five years before Kiley McLean finally rented a kitchen and started to grind.

“I knew I wanted to do my own thing” said McLean, whose entrepreneurial spirit was evident at a young age. “As a child, I made my own crafts and sold them at Christmas fairs.”

Every Friday, McLean rents out the mini-kitchen from For Good Measure, located in Cadboro Bay, to make her almond milk. McLean’s mother, sister, and boyfriend all work together to blend the almonds, pour the mixture through the sieve, and fill the jars, one by one. Before reaching their final home, the milk is sold out of a solar-powered mini-fridge at the Moss Street Market. McLean offers different flavour varieties: figs, dates, raspberries, chocolate, and vanilla (made with fair trade Level Ground vanilla bean; no artificial vanilla extract here.)

McLean knew opening her own company was a challenge. “To just sell a product at a market, I didn’t think there were so many steps involved.” McLean currently earns most of her revenue by tabling at Moss Street Market. Getting there took months of planning and applications, all while she was finishing up her last academic full term. “When I’m doing anything with Mylkmaid, I don’t look at the clock; I could spend hours on it and not even notice because I am so passionate about it.”

McLean’s short-term goals are to first approach local retail outlets and grocery stores, and then attain permanent and larger kitchen space, and expand her production capacity. Her long-term goals are to expand her product line to include natural almond milk coffee creamers, almond pulp baked goods, and a few more employees. McLean advises,“If you have an idea, pursue it. Don’t let it [stick] in the back of your mind as a ‘what-if.’” 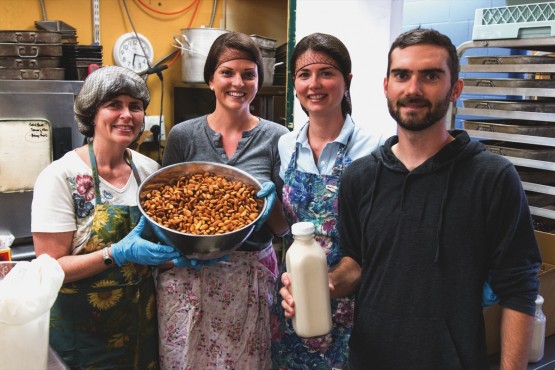