Summer & Smoke makes the most of the smallest details 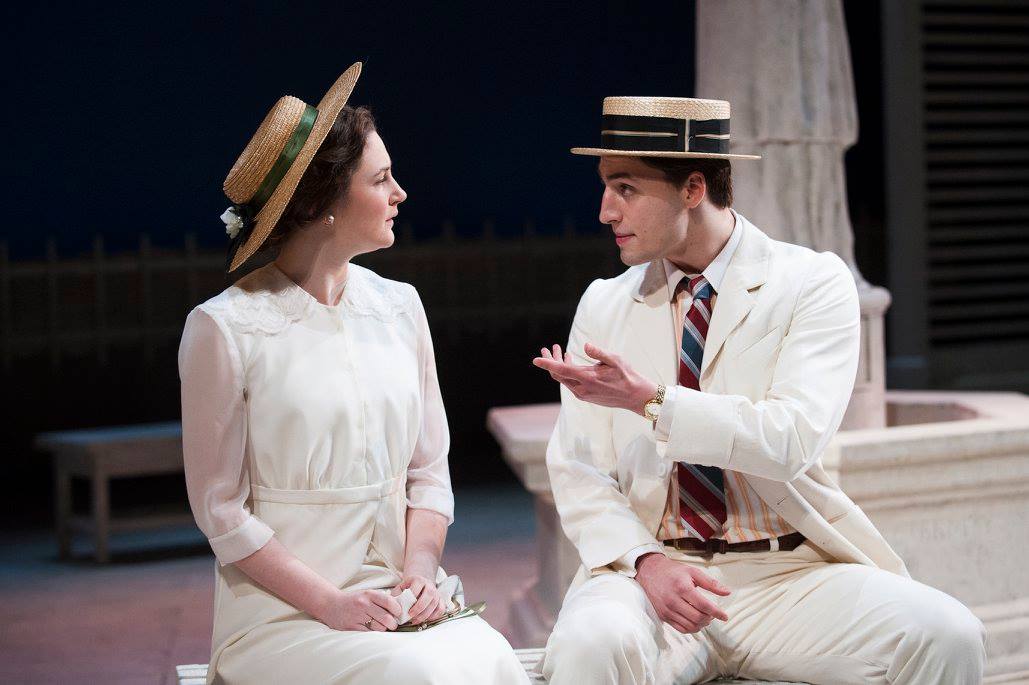 John (Aidan Correia) strikes up a conversation with his neighbour Alma (Gillian McConnell) in the park. Photo by David Lowes via Phoenix Theatre

“Like a water lily on a Chinese lagoon” was exactly how I felt at the conclusion of Summer & Smoke as the actors took their bows and the audience clapped until the palms of their hands started to hurt.

Taking place in 1916 in a small Mississippi town, the story follows the passion and disagreements between Alma (Gillian McConnell) and her next-door neighbour, John (Aidan Correia). The characters explore ideas such as body and soul, love and lust, and chaos and order while questioning their interchangeability. The daughter of the town minister (Nick Postle), Alma carries with her the burden of caring for her deranged mother (Zoë Wessler) while submitting herself to the role of a proper, respectable lady; John, on the other hand, runs freely and recklessly through life, son of the town’s doctor (Lindsay Robinson) and splitting image of the 1916 playboy. However, as the summer heat passes, things take a turn, and both characters are forced to re-evaluate their lives and principles, which only leads them to new disagreements.

With his directorial debut MFA candidate Alan Brodie gracefully brought the off-Broadway hit to the Phoenix Theatre. “In researching Summer & Smoke’s first production, I grew fascinated by Williams’ embryonic, but later discarded ideas, to incorporate poetic, film-like elements into the show,” says Brodie in a press release. “For me, this is what getting my MFA is all about. Even with years in the theatre business, this MFA is giving me the opportunity to do essential research and consider all the facets of bringing a compelling vision of a classic to the stage.“ Along with his creative team, Brodie was able to bring Tennessee’s sensibility to life where even the smallest details are recognized as an essential part of the storytelling process.

In the small and intimate Phoenix Theatre, it became easy to notice all the small details: Alma’s constant ring turning when she was nervous, or the theme of fire and smoke throughout the play, wouldn’t have been as effective had it been in a different, bigger theatre. All the charming elements of the play seem to align, and in that harmony, a uniquely beautiful play was created.

The chemistry between the two protagonists can be felt from the last row of seats, and that same energy helps carry the story along — even when certain scenes drag for too long. Both performances are precise and on point; McConnell and Correia are the Vivien Leigh and the Marlon Brando of Summer & Smoke.

Aside from having a difficult time with the heavy southern accents that sometimes slipped into something resembling German,  Summer & Smoke’s success rests in its subtlety when discussing human conditions such as love, sexual desires, and morals. While the play isn’t flawless, it has such a strong foundation of a story that the flaws are mere complements.