Sustainable fashion on the rise in Victoria 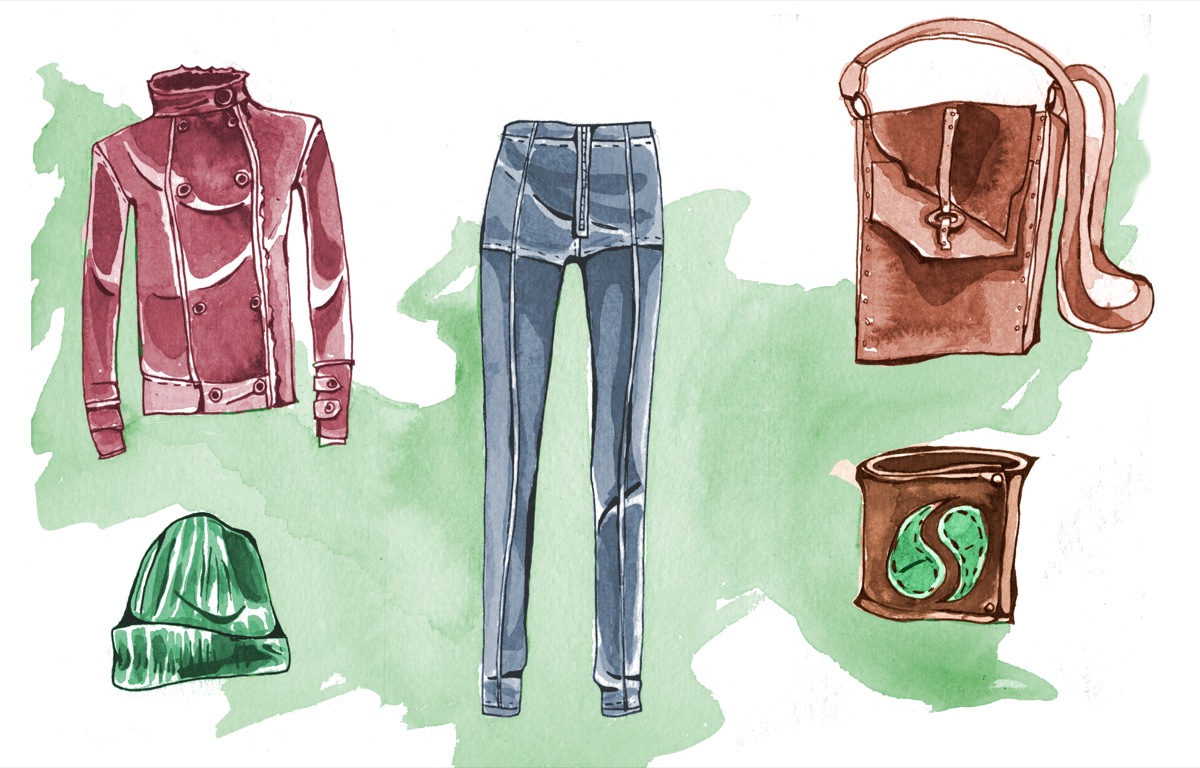 Price and style are immediate concerns for most people looking to add to their carefully crafted wardrobe, but sustainable does not mean tasteless or unnecessarily expensive. Small, local Victoria businesses prove these preconceptions wrong.

A new focus on local designs and productions, organic textiles, and ethical fashion is on the rise in our community. Hemp & Company was on the forefront of Victoria’s sustainable industry, the first location opening in 1999.

“What we do is sort of like people who sell organic vegetables. It’s the healthier option for clothing,” owner Bill Finley said. “We all have to eat, and we all have to wear clothing. If we choose to eat in a healthier [way], with organics, I feel very much the same about the clothing.”

Clothing is one of the most major purchases people make. Aware or not, “there are a lot of environmental issues around clothing, from the kinds of fabrics that are used, to the dyes that are used,” he said. Finley and his family want to give customers the opportunity to buy natural fibres that are not exposed to harsh chemicals.

Around 10 years ago, Victoria was generally much less educated in sustainable fashion, according to shop owner Pam Skelton. “There was a gap there. People thought of natural clothing as hemp, loosely fitting, not-very-stylish clothing at that point,” she said.

Skelton opened Not Just Pretty in 2005. “I wanted to create something that was a place that people could get sustainable organic clothing—but I was very much into having clothing that looks stylish, contemporary, and modern,” she said.

Not Just Pretty sells a wide range of womenswear designers, accessories, and even cosmetics. Items will range anywhere from a $15 tank top to a $500 coat. “We tried from the beginning to have a huge range,” she said.

According to Skelton, two out of every 10 customers frequent the store with the intention of purchasing organic clothing. For many, sustainability is an added bonus. “You can’t sell something that’s just good for you and organic, and good for the earth, if it doesn’t look good,” she said. “People aren’t willing to compromise a whole lot on what they wear.”

Local leather designer Juli Steemson creates a wide range of custom accessories; her flagship store, Rad Juli, opened in 2011. She uses scraps of leather from local furniture or shoe manufacturers, and uses the recycled leather towards new items. “Often the shape of [the scraps] will inform what I’m making,” she said. “I believe that you should use the things you have and make the things you need, without screwing anyone over.”

She creates everything from leather belts, bags, wallets, aprons, and especially custom creations. Everything produced is unique, local, and ultimately biodegradable. Compared to cheap retailers, Rad Juli’s prices are more expensive. However, “if you look at the long-lasting quality, and the fact that it was made by someone you know, you’re not giving your money to a faceless corporation so that they can buy a new yacht,” she said.

“We’re all going to pay more in the long run. With transportation, fossil fuels, [and] air quality, all of those things come into play when you talk about importing things. Time, fuel, pollution,” Steemson said.

We are constantly changing our mindset to understand how the world around us reacts to pollution. Sustainable fashion does not necessarily mean expensive or gaudy—change can start from