Tár review: Pretentious in some of the right ways 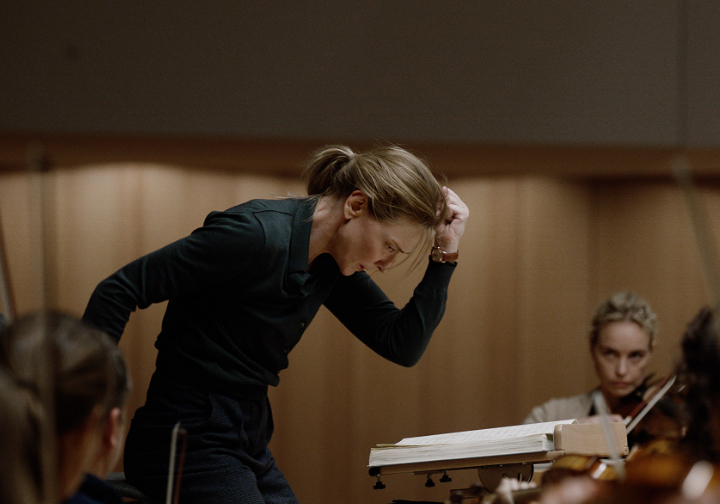 Tár stars Cate Blanchett as the titular Lydia Tár, a world-renowned music conductor living in Berlin. She’s a powerful woman, commanding every element in her life with the same power that she commands the players in her orchestra. Blanchett’s performance will certainly put her high in the running come award season. Despite there not really being a single bad performance in Tár, Noémie Merlant manages to steal every scene she’s in as Francesca Lentini, a German cello prodigy and Tár’s newest infatuation.

Much like the world that these high-class composers live in, everything about Tár is luxurious and refined. Tár lives a life of handmade suits, fancy meals, and sports cars, and she has a seemingly endless supply of immaculate properties and apartments. New York and Berlin are both displayed beautifully, and the architecture of the concert hall where a large portion of the film takes place is stunning.

With the top-class performances and expert cinematography, it’s a shame that Tár isn’t more entertaining to watch. It’s masterfully crafted, but, at the end of the day, it will be pretentious and boring to most viewers, much like the art form it’s depicting. Tár is a whopping 158 minutes long, and almost every scene is a statically shot conversation ranging from 10–15 minutes.

Any movie that takes up nearly three hours of someone’s time has to be worth it, and Tár just doesn’t quite have what it takes to warrant such a long run time. This movie could realistically be cut in half and effectively tell the same story. The trailer for Tár portrays the tone and pacing of the film horribly, cutting together the cumulative two minutes of action, while completely leaving out what majority of Tár truly is.

For having such a long runtime, the story of Tár really doesn’t pick up until the last hour. There are hints throughout the entire film that point to something — a conspiracy or obsession that is disappointingly never fleshed out or even brought up at the end.

As experienced writer/director Todd Field’s return to cinema, Tár succeeds at being an impressive character study of an insensitive hypocrite and compulsive liar. If you enjoy ‘slow burn’ movies and are willing to sit through nearly three hours of pretentiousness, you will definitely be impressed by the quality of Tár’s filmmaking, but do your friends a favour and don’t try to get them to watch it with you.