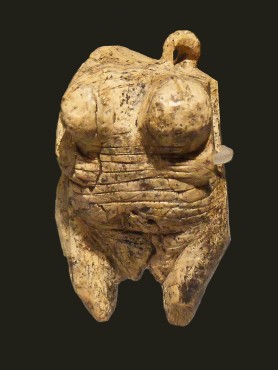 The fifth incarnation of TEDx Victoria will take over downtown this Saturday, Nov. 21. TEDx events are independently organized, licensed offshoots of TED, a conference that began in 1984 with the intention of communicating “Ideas Worth Spreading.” TED talks, always 18 minutes or less, have been posted online since 2006, and TED has expanded into a global phenomenon.

Dylan Wilks co-founded TEDx Victoria in 2011 and acts as its Creative Director. This year’s focus on “Impact,” he says, surfaced when organizers began to wonder if ideas presented in the conference were really making a difference.

“That was [how] we came up with the theme, and so we tried to focus on speakers who, more than usual, were putting their ideas into practice,” Wilks said.

This year, City Hall will host interactive art displays as part of the conference, while live music and food trucks will move into Centennial Square. Audience members are free to mingle with speakers in the McPherson Playhouse lobby, where the 14 talks will take the stage.

“Having really diverse ideas so that people are hearing about different things all day is pretty important,” Wilks said.

Out of several hundred applications, only a handful were chosen for the talks. The rest of the slots were filled by people who TEDx Victoria sought out, like Dr. April Nowell, a paleolithic archaeologist and UVic Professor of Anthropology.

Nowell’s talk, “Paleo-Porn,” examines one of the oldest figurines in the world, called the Venus of Hohle Fels, which portrays a female figure. Upon discovery, it was widely described by scientists and media as pornographic. Nowell deconstructs the use of that modern word to describe an archeological artifact.

“Another phrase [we heard] was, ‘men are hardwired to objectify women’ . . . those words, they have great impact,” Nowell said, adding that they give legitimacy to those harmful ways of thinking. She wants people to examine their preconceptions before projecting an idea that wasn’t necessarily present in prehistory onto an object.

The process and format of TEDx is different for her from other forms of public speaking, Nowell said. Whereas scientists tend to remove themselves from their work, TEDx encouraged Nowell to find a personal story to contextualize her topic. “It’s been a wonderful challenge to think about how to package my work in a different way,” she said.

Wilks’s goal this year was to make the subjects not only engaging but “tangible.” He hopes audiences will connect with the talks and feel like they can “apply those ideas to their lives.”

The organizers aren’t currently planning to continue TEDx Victoria in 2016. The core team of twelve coordinators has remained mostly unchanged since 2011, and has “reached that point where we need a break,” Wilks said. Once Wilks’ license expires, the opportunity will be open for a new facilitator to develop future installments of TEDx Victoria.