The coast with the most: Four weeks on the road in the Pacific Northwest

Ah, summer. That glorious four-month reprieve from classes and paper writing and academic responsibilities. (My condolences to those of you in summer courses.) It’s that time of year when everyone seems to set off to somewhere new and exciting to have marvelous adventures. But where is it written that you have to fly overseas or spend a copious amount of money to have a grand time?

This past month, my partner was visiting from Ontario, and, as a good Victorian, I took it upon myself to prove to him that the West Coast is, in fact, the Best Coast. So with no concrete plans and one overflowing suitcase, we jumped into my VW bug and set off.

Perhaps the most obvious weekend getaway from Victoria is Vancouver. In many ways, our neighbour to the east is everything Victoria is not: bustling, metropolitan, and chic. That said, Vancouver boasts that West Coast chill which eludes most big cities. Cyclists and rollerbladers seem more numerous than cars, and dogs vastly outnumber children.

The highlight of this leg of our road trip (nay, the entire trip) was renting bikes and exploring Stanley Park and the Seawall. This was the most common recommendation from family and friends, as well as Vancouver locals, and we were not disawppointed. The trail is suitable for even inexperienced riders, and many of the views were reminiscent of the famous Great Ocean Road in Australia.

To appease our love of the great outdoors, we spent a day gallivanting through the treetops at the Capilano Suspension Bridge Park. While the bridge itself certainly has tourist appeal, the winding Cliffwalk and Treetops Adventure are the real MVPs. Furthermore, there are free shuttles to the park from downtown for those without access to a car.

Lazy afternoons in Vancouver are best spent strolling around Granville Island Public Market and napping on Kitsilano Beach. Soft white sand gives Kitsilano a tropical vibe, though the stunning views of the urban skyline remind beach-goers of their proximity to the city.

The best meal we had during our short stay, hands down, was tacos and cocktails at Cuchillo. Furthermore, local diner Save on Meats deserves an honourable mention for boozy milkshakes and incredible customer service, as well as a $5 breakfast that takes a slight edge off of the Vancouver price tag.

From Vancouver, we set off to Bowen Island. The ferry ride takes a mere 20 minutes, though the breathtaking scenery makes it feel like even less. We chose to visit the island on a whim — and it turned out to be one of the highlights of our trip. Our ferry docked in Snug Cove hours before we could check in to our accommodation, so we set off without a map and drove the length of the tiny island. We discovered countless forest trails and secluded beaches at the end of twisting, narrow roads and dirt paths.

On the advice of a local, we later found ourselves at Alder Cove. While marked as a private beach, the cove is accessible to the public and has the only sand beach on the island. (All others are quite rocky.) Here, we napped in the sun and had the whole beach to ourselves for hours.

However, the absolute high point of our Bowen Island excursion was pie-yaking. What’s that, you might ask? Discounted kayak rentals followed by gourmet pie (but only on Wednesday evenings). This attraction is actually why we decided to visit the island — because really, who could resist a name like that? It exceeded all expectations. The waters were calm, even when we found ourselves in the wake of a passing ferry, and the surrounding mountains were magnificent. 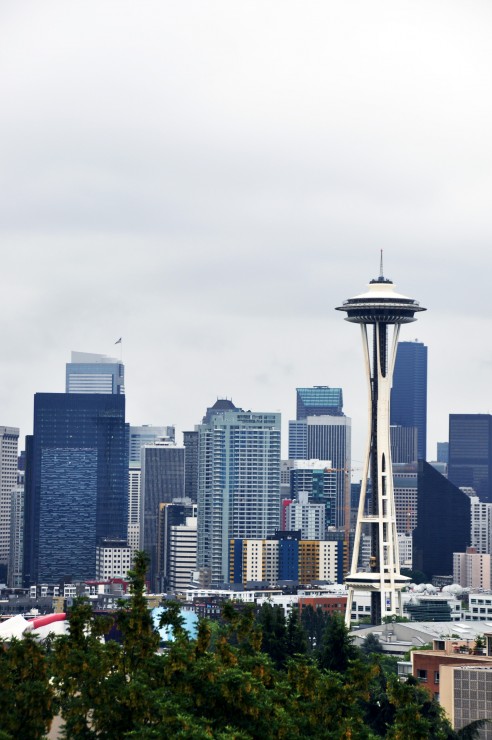 Seattle, like Vancouver, is another obvious close-by destination for vacationing Victorians. (In fact, I wrote about Seattle at length back in November — you can read that here.) Just as before, we thoroughly enjoyed strolling through the hipster kingdom of Fremont. While the neighbourhood is fairly small, it manages to encompass public art, independent local shops, and a quaint chocolate factory. Tours of Theo’s are $10, though you will likely eat more than that in free samples.

There are countless free or nearly-free attractions in Seattle that are worth visiting. The Pike Place Market is a Seattle icon, and the nearby gum wall is making a comeback after being cleaned up this past winter. Kerry Park boasts classic views of the skyline and Space Needle — we were told most Seattle postcards are photographed here. And the Washington Arboretum is a beautiful public garden with free admission, as well as free guided tours on Sundays. 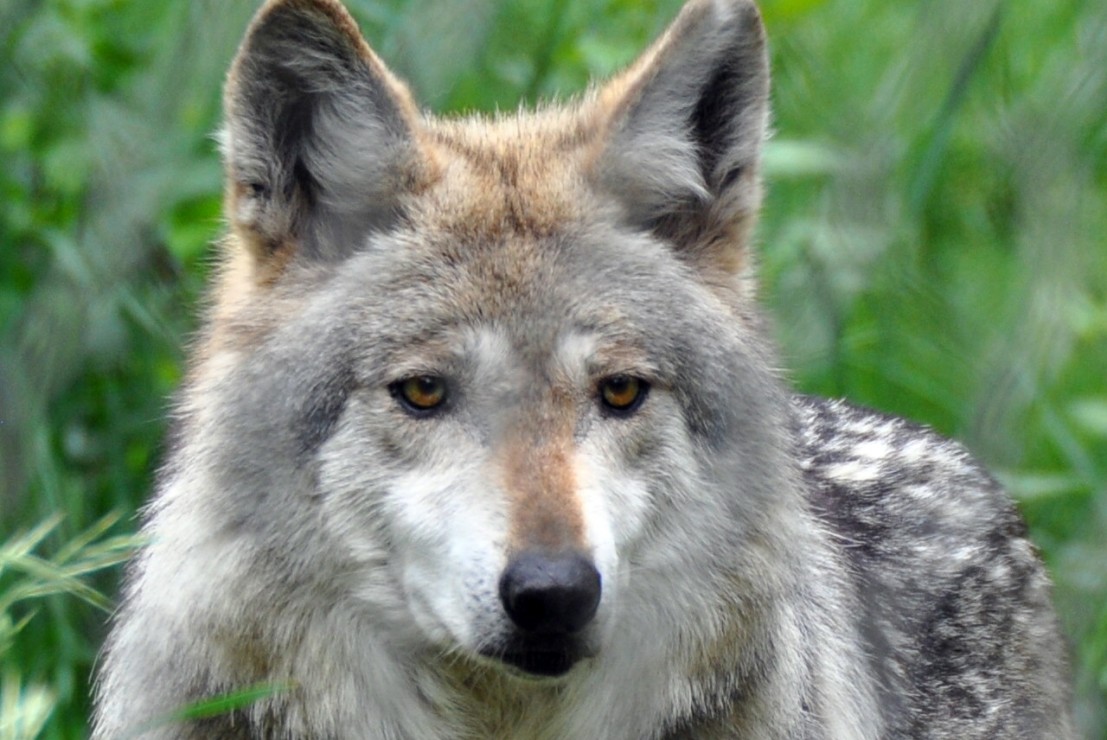 [pullquote]The best memories are often made at spontaneous stops along the way. After all, the point of a road trip is to enjoy the journey[/pullquote]

We found ourselves at Wolf Haven by complete chance. I had offhandedly picked up a brochure at a rest stop somewhere between the Canadian border and Seattle, and we figured: why not stop en route to our next destination?

Nestled discretely off the highway between Seattle and Portland, Wolf Haven International has provided a home for 200 displaced wolves since 1982, and offers 50-minute guided tours that are only $10 for students.

We found ourselves face-to-face with half-a-dozen wolves, guided by volunteers that were knowledgeable and passionate about conservation politics. This stop was the quintessence of road-tripping: the best memories are often made at spontaneous stops along the way. After all, the point of a road trip is to enjoy the journey, rather than rushing from point A to point B. 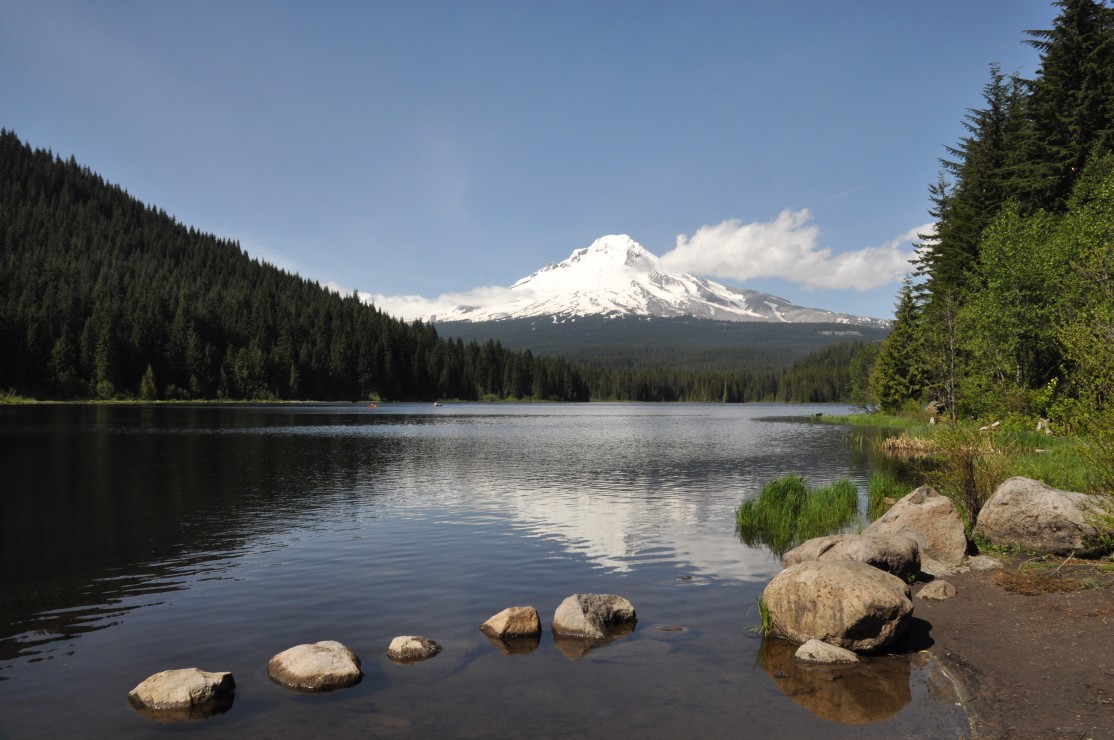 Whereas Seattle tries to be hip and trendy, Portland achieves it effortlessly. Nonchalance permeate through the countless coffee shops and bars, and no one really seems to be bothered by anything.

Powell’s Books, which claims to be the largest independent bookstore in the world, takes up an entire city block and demands a full day of your time. This store is the stuff of dreams — rows upon rows of poetry and comic books, and every literary genre in between. What other bookstore has an entire section dedicated to Antarctic travel, or guides to finding the best works of female authors and persons of colour? Turn down any given aisle and you will find eager shoppers with overflowing baskets, or readers tucked away in corners, already having devoured half of their newest find before reaching the checkout.

Portland is also home to what is arguably the best ice cream of the West Coast. Salt and Straw offers 12 “classic” flavours (such as honey lavender, pear and blue cheese, and coffee and bourbon) and five rotating flavours each month; they have just released their “Fermentation Series” for June, boasting flavours such as dill pickle sorbet and sourdough with chocolate and strawberries. The line is always long, but service is fast and friendly with employees bringing you as many samples as you like while you wait.

The famous Voodoo Doughnut shop did not disappoint, nor did Portland’s penchant for food truck culture. Needless to say, Portlanders have cultivated an incredible food scene.

A final must-do when visiting Portland is taking a driving tour of Oregon’s best. Just half an hour from the city is the stunning Multnomah Falls, with Mt. Hood and Trillium Lake an easy drive into the Mt. Hood National Forest. 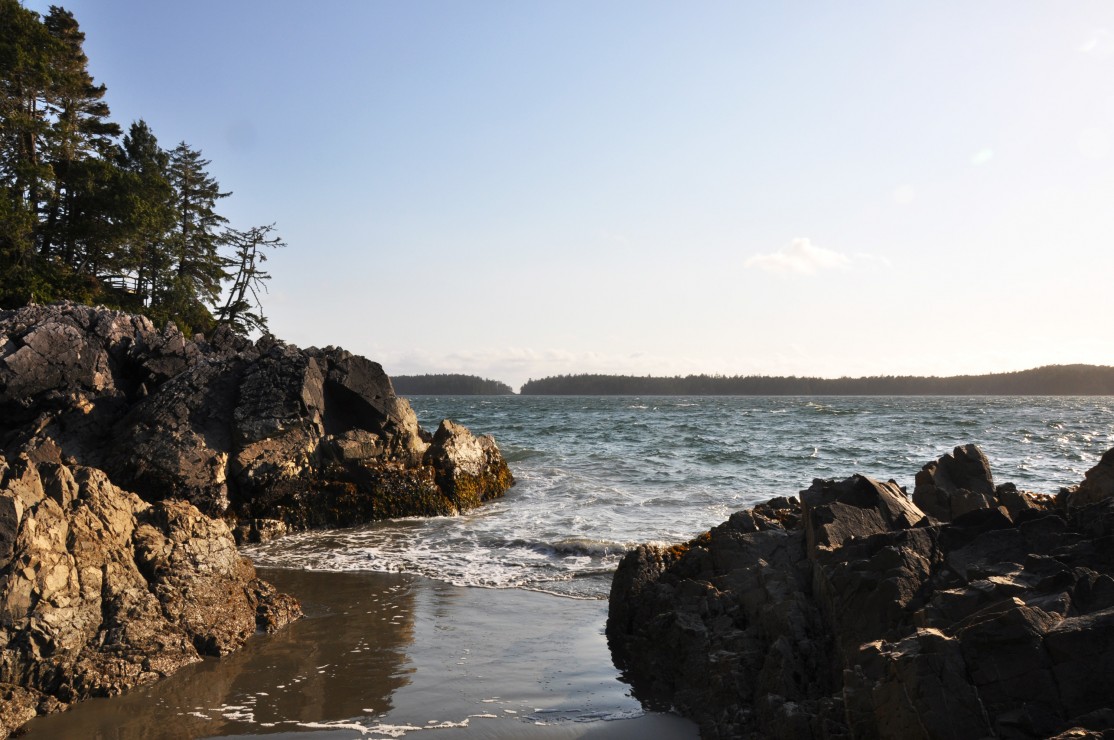 Our initial impression of Tofino, apart from acknowleding its obvious natural beauty, was how expensive it is. Everything we had hoped to do, from surf lessons to bear watching, cost vastly more than we had anticipated. Even kayak rentals were more costly than in other parts of the island. In this way, Tofino is not particularly accommodating of a student budget. However, adventures in the wilderness are free, notwithstanding the mandatory Pacific Rim National Park pass.

Long Beach and Chesterman Beach dominated local recommendations, though it was the Schooner Cove hiking trail and beach that impressed us the most. While less popular than other beaches, the cove is perhaps just as beautiful, if not more so, due to the lack of tourist traffic. Think crashing waves, long stretches of soft beach, and bald eagles soaring overhead. Tonquin Beach was another favourite — again, slightly off the beaten path. The Rainforest Trail ranks as our final outdoorsy front runner. Many of the trees are over 800 years old and stretch high overhead; some of the younger trees become so thin with height that they sway and creak in the wind.

The best eats in Tofino are undoubtedly found at Tacofino. The menu is slightly different than the location here in Victoria, though it all tastes just as good — their watermelon basil ‘freshies’ are so refreshing after a day of hiking.

High price tag aside, Tofino’s laid-back surfer vibes remind visitors to indulge in life’s simple pleasures. Each evening, dozens of visitors and locals alike flock to the pier to watch the sunset. Those in the know, however, will take in the view from the patio of the Sea Shanty restaurant with blankets, drinks, and space heaters . . . and a chocolate dessert or two.

Each of these cities could easily be the destination of a short weekend getaway (though Portland is a bit far afield) if a road trip isn’t on the books. There are so many adventures to be had in each of these incredible places — and many more along the way — proving you don’t need to go overseas this summer to take a trip worth writing home about.

More photographs from this adventure can be found on Instagram @sarahlazin.

Editor’s note: Due to a layout/editing error, the print version of this story was missing the section about Seattle. We regret the error, and apologize to both Sarah and the city of Seattle for the omission.