[pullquote]Rule #1: Say no. Say it. Your body, your rules. This workshop requires boundaries. We can’t emphasize this enough. No is no is no.[/pullquote] 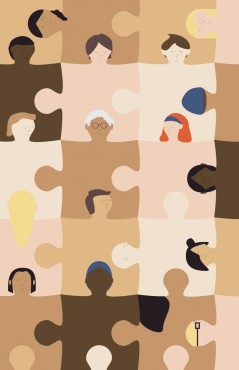 A man with shaking hands cries on my neck. We’re nestled together in the corner of an unfamiliar apartment, my waist tucked into his stomach, his knee laced over my thigh. We lie on cushions, thoughtfully plumped before anyone arrived. If I twist my head slightly to the left, I can see the man’s Teenage Mutant Ninja Turtle pyjamas. If I twist my head slightly to the right, I can see a nest of people intertwined in the same position we are—spooning, massaging, nuzzling. Cuddling. The apartment crawls with vined plants, the kind that creep along the ground, burrow into cracks, cling to walls. The man’s cries reverberate a little too long. I’ve never met him before in my life.

I am at a cuddle party. Not two words I would ever think to put together, let alone find myself in the middle of, but here I am. For 11 years, strangers have been coming together around North America for exactly this: workshops in consensual, non-sexual touch, boundaries, and communication. They’ve taken place in Calgary, Seattle, San Francisco, and at this moment, Victoria.

The man squeezes me tighter. His name is Adam, and at 30 years he clocks the youngest of the group (other than me). Christy, the cuddle facilitator, beams at me and nods encouragement. She holds hands with Mike, a 40-year-old man who may be the only person in this room more uncomfortable than I am. Further down the pillows, a massage train of middle-aged women erupts into laughter. It’s like a chain of touch. No one is an island.

Adam bleats. It’s no longer his hands that shake but his entire body. A tear drips down my windpipe and settles into the hollow of my collarbone. “Sorry,” he mumbles and wipes it away. He squeezes me tight, tighter, until all I want is to wriggle far away, but instead I stay still, paralyzed. “This is pure bliss,” he sobs, quivering. It sounds like he means it. We begin to seesaw back and forth, back and forth, rocking forward and back as he sobs. And in the quiet lull between rocks, I have a split second to ponder, What the hell have I gotten myself into?

I down a drink. Then another. They don’t call it liquid courage for nothing. I’m at the James Joyce Bistro downtown, but not for long. The elusive cuddle party calls to me (apparently), and it’s time to go. The bartender smiles while I pay and walk out the door. I try not to notice my hands shake. I’ve been dreading this for weeks.

I rub my palms on my pants as I walk, intent on getting rid of the sweat, and head toward Christy’s apartment building. I don’t entirely know what motivates me to keep moving, because I nearly turn around once, twice, three times, but I know I’m too curious to chicken out.

[pullquote]Rule #2: Prepare for the release of deep emotions. Know that this is normal. Cry, laugh, sing, grieve—the cuddle party is here to support you.[/pullquote] 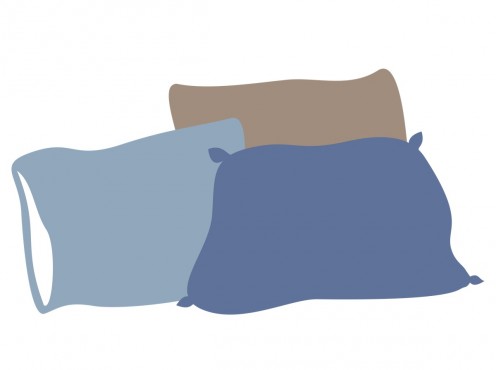 Christy whisks me into her apartment with a wide smile. “Welcome,” she purrs. “Is this your first time? Come in, I have a nametag for you.” She ushers me into the apartment, a wide-open space with a granite-countered kitchen in one corner and a loft bed in the other. And oh so many pillows, plumped and arranged for the imminent cuddling. A large paned window swallows up the far wall, and beyond that, downtown Victoria twinkles against the rapidly darkening skyline. People mill about the room in various states of distress, all studiously avoiding the pillows. One woman paces the length of the window, determined to avoid eye contact; another man darts his eyes left and right, up the walls, the ceiling, the floor, before excusing himself to the washroom. Christy peels a red-framed nametag off the counter. SARAH.

“You’ve come just in time,” she says. I flatten the tag on my sweater. “We’ll begin soon. Now go. Mingle.”

Mingle. Right. I scan the room. Tucked into the couch is a young man, 30 or so. He’s wearing Teenage Mutant Ninja Turtles pyjamas and immediately I feel some sort of kinship forming through the masked faces of crime-fighting reptiles. I’m reaching but sit beside him anyway.

He grips his toes in his palms, then inhales and flits his eyes at my nametag. “It’s like . . . I’m in love with everything and nothing.”

I have nothing so philosophical. Instead, my throat wrangles a noise that could be an affirmation or a question.

Christy settles in the pillowed corner and calls to us. “It’s time, everyone. Come gather.”

[pullquote]Rule #3: Ask before touching, and respect the answer you’re given. Never touch someone without permission. In these intimate conditions, silence means no. Maybe means no. No means no. A refusal of your touch is not a slight, and perceiving it to be so aggravates the cuddling process.[/pullquote]

“Sarah,” Mike chortles, “may I tickle your ass with a feather?”

Christy has instructed us to separate into smaller groups and follow pre-arranged exercises to enhance comfort before freestyle cuddling. Freestyle cuddling, like it’s a sport. We won’t act on our questions, but no matter what our partner asks, we must say yes.

Jesus. “Yes!” I say in an attempt to be jovial. “I am one hundred per cent comfortable with that.”

Michael stutters. “Oh, God, it’s a reference. It’s a reference! You know, Up the Academy? Eighties? Shit.” He exhales forcefully. “You’re too young. Shit, you’re young . . . break the ice, you know. I’m not a creep. I have two daughters. They’re younger!” He throws his palms high in the air, his expression pleading, his beard twitching. “Shit.”

Christy instructs us to switch partners. For this exercise, we must say no. Adam turns to me. “Sarah. May I kiss you?”

“No. No, you may not.” I try to sound confident, but just sound uncomfortable.

Christy’s voice brings us back. “Well done, everyone. I heard some powerful no’s. Now, this is it. At this point, you may start cuddling however, wherever and with whoever.” She sits back on her heels, expectant. “Get to it!”

[pullquote]Rule #4: While cuddling, it’s vital that you don’t make your cuddle partners uncomfortable. Remember to ask, ask, ask. Remember that no one is slighting you. Remember too that no one here, including you, is obligated to do anything.[/pullquote] 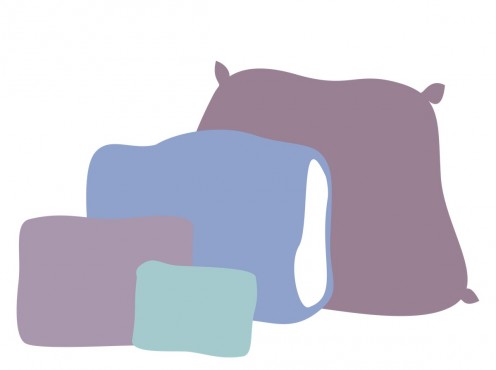 Phillip approaches me first. “May I give you a foot rub?” he asks, polite, courteous, but when I look at his hands all I see is the smear of WD-40 on his knuckle. My dad works on cars.

“I don’t think I’m comfortable with that,” I manage. He nods acceptance of my refusal and turns away. I know I have to cuddle with someone, though. I gravitate toward one of the women further down the pillows. Maybe it’s because she’s female and my comfort is more automatic; maybe it’s because she exudes a maternal aura. I drift toward her. She says, “It’s like a currency, exchange, isn’t it? I feel as if I’m always giving, never receiving.” Phillip begins to massage her feet.

Adam intercepts me. “Sarah, would you like to cuddle?” Would I like to cuddle? No, I would not, but I say yes anyway. We sit cross-legged. He dips his head against my shoulder, drapes his arm softly around my stomach. “Is this okay?”

He asks every time he moves closer, and I say yes. I’m daring myself to go further. I’m obligating myself, and I don’t know why. His face against my neck. His fingers on my forearm. He’s polite, careful to read my response. Careful to gauge my answers. I think I might be relaxing. I think, Hey, maybe there’s something to this. Maybe this isn’t so bad.

Then he lets out a sniff and it’s like a record breaking—no oboe, no pillow, and no amount of powerful no’s are ever going to make me comfortable. He cries harder. “Do you want to talk about it?” I ask, dumbfounded. His tears drip into my hair.

My heart beats faster and it’s time to face that I’m not comfortable because a man I’ve never met is crying on my neck right now. I’m probably supposed to have some sort of magnificent, grand epiphany on the vast power of human touch, but instead I think of my roommate at home and my boyfriend who isn’t this man and, weirdly, my Beanie Baby pig Squealer who I had as a kid. I want to jump in a boiling hot shower, wash this experience off because I don’t want to be here anymore. It takes a special person to be this vulnerable, to feel someone’s hands on your back or belly or thigh and think, You know what, yes, I am okay with this.

“Adam,” I whisper and try to untangle myself, “Adam, I’m not comfortable with this anymore.” He immediately extracts himself, murmuring okay’s and I’m sorry’s and even one “It was nice meeting you.” Pleasantries that don’t fit anymore.

I think Christy knows what I’m about to do. Everyone stills for a moment, legs splayed over one another, hands hovering mid-massage. I can say no if I want. That’s part of being powerful, isn’t it? I can change my mind. Then why do I feel so guilty?

Christy nods. “Will you come back?” she asks.

“Maybe,” I say, and wince inwardly because maybe means no and I’m just too scared to say it.

I wave a half-hearted goodbye and scoop up my backpack, toss it on my shoulders, and jam my feet into my shoes. With one last glance I fly out the door, down three flights of stairs and into the street. The sky is big and dark and open.

*Names have been changed.