Dealing with the Moby Dicks of our love lives

We all have one: whether you met them in high school, at work, on the bus, or at summer camp when you were 12, we all have that special person who connected with us in a way we imagined was perfect.

Some of us may have dated this person; others may not have experienced unrequited feelings for this person.

A White Whale could be someone’s first love, but it’s more commonly used to refer to “the one that got away.”

Several folks opened up about their White Whale (WWs) for the Martlet’s sex issue, so maybe this will give you the inspiration to come to terms with yours. The names are fake, but the stories and the heartbreak couldn’t be more real. 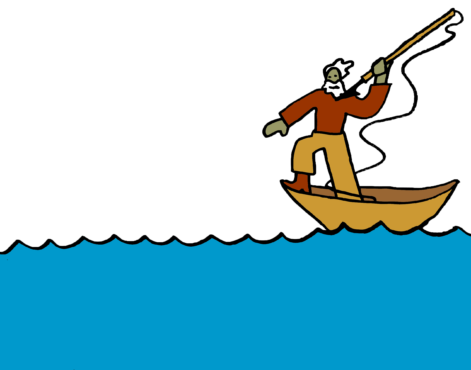 Frankie met her White Whale, Jane, in grade 11 while attending a Queer Prom. Introduced to Jane by mutual friends, Frankie asked her to dance.

“I was honestly kind of a nerdy introverted kid up until then. I’d dated people but I’d never really been super into them and being gay in a largely straight highschool meant that hookup culture was kind of a mystery to me,” Frankie says. “When I slow danced with Jane, I was beyond nervous and could barely look her in the eye. Jane on the other hand was really cool and collected.”

The two made out to “Electric Feel” by MGMT, and Frankie left with Jane’s number. The two dated for a month, but Jane ended things between them.

“Even months later I would just start crying about her out of nowhere. Since then I’ve been in a lot more serious, long-term relationships and had other heartbreaks, but Jane kind of captured my imagination in a sense,” she says. “Especially as a queer person, there is something really transformative about walking home after meeting [someone special] and just feeling so completely over the moon about someone and knowing they feel the same way about you.”

Emma, on the other hand, spent a long time with her WW. Being high school sweethearts, everyone — including Emma’s parents — thought they would spend their lives together. Emma’s life felt like a movie for the first year and a half of their relationship. Unfortunately, that’s when things started to change.

“I’m not entirely sure what changed. Maybe it was the comfort between us that we had grown to love so much, or maybe I was right in my tainted guesses of unfaithfulness,” Emma said. Another girl had re-entered her boyfriend’s life, someone he himself had been hurt by in the past.

“I was feeling real raw jealousy for the first time and I became cold towards her when I would hear the depth of their conversations. She confided in him in ways I’m still not sure were exactly appropriate — topics including her sex life — in quite good detail. I let it go for a long time because I loved him and he said he loved me too and there wasn’t anything else wrong with the relationship and I didn’t know that I was being treated unfairly.”

This became a strain in their relationship, along with several other issues. Emma eventually asked for “a break,” which quickly turned into longer. He kept asking for her back, but she kept saying no. After a while, Emma realized that she had made a mistake and tried to go back to him, only for him to give her the cold shoulder in return. Since then, they’ve remained friends, but never gone back to what they used to be.

“I don’t think I will ever be as keen as I was to get back with [him] just because we have so much of a past. I do have a love for him that will stay in my heart forever,” Emma says.

“He will always be my first love and although we were so young, I felt he had the chance of being the one.” 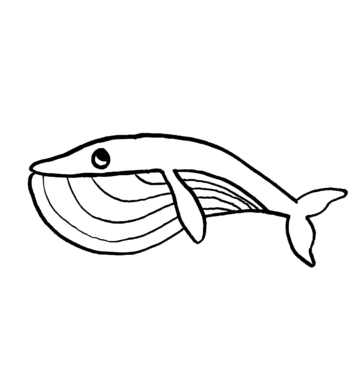 Sometimes the challenges we struggle with in our lives effect the ways in which we navigate relationships. The next submitter, at the time of this story, was juggling a lot more in his life than just attraction to a girl.

Jake and Melissa met living in residence during their first year. Jake found her beautiful, and they quickly became friends. Jake asked her out, but Melissa was not interested in pursuing a romantic relationship with him. Jake tried to move on.

At the same time that Jake was navigating his feelings for Melissa, he was struggling to cope with the fact that his father’s health was steadily deteriorating.

“In second year I tried to commit suicide. I was depressed because my dad was dying.”

Looking for emotional support during this challenging time, Jake reflected that “being close friends with her [Melissa] didn’t help. It hurt being so close to someone I couldn’t be closer with.”

Navigating these challenging times, Jake turned to alcohol for support. His father died soon after, contributing further to his dependence on alcohol in order to cope with this loss. After seeing a counsellor he told Melissa he still had feelings for her. He knew that her feelings towards him hadn’t changed, but was nonetheless shocked to find out she was in a new relationship.

“I dropped out of school and spent the next three months trying to kill myself. Spent the next year in a drunken alcoholic haze,” Jake says.

“But I’m back at school, I’m not getting drunk alone anymore, not drinking every night, haven’t spoken to her in months. I’m terrified of seeing her on campus, but I have other friends here that I didn’t want to leave.”

“I guess I finally realised that I wrapped my self-worth too much in others. Now I’m back to being a functioning human, and not giving a damn what others think.”

Our final story is almost reminiscent of a dream. The last submitter, Andrea, met Michael during her co-op in Vancouver. A man who showed up to orientation late, Michael caught Andrea’s eye because of how nicely he was dressed. The two quickly became friends, regularly having coffee together throughout their internship.

They became so close that Andrea invited him back to Victoria for her birthday, and he fit in perfectly among her family and friends. It was a hard birthday for her, having just broken up with her long-time boyfriend.

A few days later, she went to Michael’s house to teach him how to bake pie. Crammed into his tiny kitchen, the two opened a bottle of wine and listened to jazz music.

“We rolled out the pie dough with the empty wine bottle because we didn’t have a rolling pin,” Andrea says. “I remember the song “Classic” by MKTO came on the speakers and I was dancing to it and giddy with the wine and all the romancing.”

“I just bent over the table and spontaneously, without any thought, kissed him on the lips as he rolled out dough. He was caught by surprise, but gave a small crooked smile and said ‘I like that’ and continued to roll dough. I kissed him more that night before walking home.”

Their coffee breaks together continued, and they found themselves spending more time together after work, exploring all that Vancouver had to offer.

Her family in Victoria loved him. They bonded over beer, pizza, and jujitsu moves. Their romance peaked on a weekend trip to Seattle, where a sleepless 24 hours will always remain as one of her favourite memories.

Michael left Vancouver before Andrea did, which was painful for her. Since then, Andrea went on a co-op in Germany, where Michael is from, but didn’t feel the need to see him. Last fall, Michael accompanied Andrea on her trip from California to Victoria. Their romance was gone, though they still were connected on a deeper level.

“Maybe I can chuck it up to my impressionable youth and naivety,” Andrea says. “He was a little older and adventurous and had done so much already, and I was just starting my life after high school. He embodied the European values that I idealized. His thoughts and philosophy and young adult crazy wisdom still sticks with me to this day. A huge part of who I am now is because of him. His influence on me is undeniable.”

“It’s hard to explain how incredible that love affair was without seemingly putting it on a pedestal and viewing it through the lens of young love. It was a simple love and changed both people,” she says.

“And it was a special love, the kind that others can only long for. Your soul knows when it’s onto something, and I was just plain lucky to have had that experience at all.”