The hidden cost of avocados 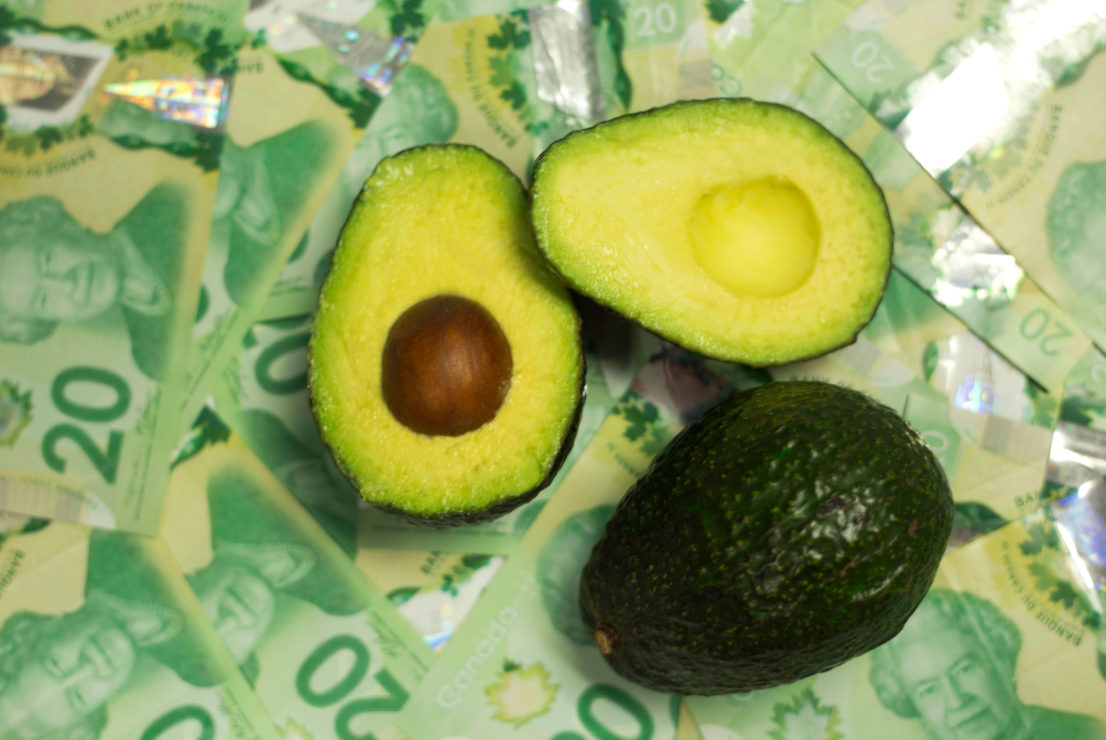 When I left Mexico City in 2011, you could buy a kilo of the allihgator pear at a wholesale market for about 30 pesos (approximately $2 CDN). In 2017, just six years later, the price had doubled to over 60 pesos a kilo. In certain areas of the country, prices can be as high as 90 pesos a kilo. Minimum wage in Mexico is 88 pesos. A day.  Avocado is a staple in Mexican cuisine and is most famously consumed in the form of guacamole, but rising prices are making it increasingly inaccessible to Mexicans.

Mexico, more specifically the state of Michoacán, is the number one producer of avocados worldwide. Avocados grow year-round because of favourable climate conditions and the state produces 88 per cent of all avocados grown in Mexico. Evidence of avocado trees in this region can be traced back 10 000 years and it is believed that the cultivation of the fruit could date back to prehistoric times.

Situated in the west of Mexico, Michoacán displays a beautiful array of ecosystems: 130 miles of Pacific coastline, stretches of the Sierra Madre del Sur Mountains, and numerous waterways play a role in its diversity. But perhaps most famously, the state is covered by lush conifer forests, home to the El Rosario Monarch Butterfly Sanctuary, an UNESCO World Heritage Site that welcomes millions of migrating monarch butterflies every year.

Now that I’ve painted this pretty picture, let’s get back to those avocados.

There is a well-accepted explanation for the rising avocado prices in Mexico: the blistering increase in demand in the U.S. and, to a lesser extent, Canada.

Between July 2015 and June 2016, Mexico produced about 1.8 million tons of avocados, roughly 50 per cent more than what it produced in 2010. In 2015, approximately 79 per cent of its avocado exports went straight to the U.S., but Canada is considered a niche market, receiving 6 per cent of exports. Between 2006 and 2016, data from Statistics Canada shows that avocado imports, by volume, increased by 255 per cent.

The fact that Canadians and Americans love avocados shouldn’t be surprising. The way people talk about them is funny, but also borderline frightening. Avocados from Mexico, Inc., an American company, ran an ad during the Super Bowl (read: the most extra and expensive type of ad possible) that was literally about brainwashing people to eat more avocados; another depicted people losing their minds and becoming violent at the thought of having avocados but no chips.

Avocados have their own emoji for crying out loud.

But beyond painfully successful ad campaigns, skyrocketing demand and high prices are not without consequences. While they have brought jobs and income along the avocado supply chain in a state where over 50 per cent of the population lives in poverty or extreme poverty, they have also turned avocado production into a dangerous endeavour with severe environmental and human consequences.

The lush forests and ecosystems of Michoacán that I described at the beginning of this article are on thin ice. Surging avocado prices and demand hold the promise of prosperity, and as a result hundreds of hectares of forest are cut down every year to make room for the orchards. Even in protected areas, like the Monarch Butterfly Biosphere Reserve, illegal avocado plantations are commonplace and difficult for the authorities to keep track of.

As a water-intensive crop, avocado is also causing strain on water resources in the state, potentially impacting the availability of water for human consumption. Regeneracion, a Mexican publication, goes so far as to decry the environmental crisis as an “ecocide” that destabilizes the ecosystem.

Avocados are delicious, but not only to humans. The thrips, a pest known to scar fruit, feeds directly on immature avocados, scarring and browning them permanently and affecting output. Because of their high dollar value, losing a portion of a yield is akin to setting a field of money on fire. As a result, producers have been spraying highly toxic pesticides over their crops to ensure product value.

A documentary piece by France 2 called Les Avocats du Diable (Devil’s Avocados) found that a significant number of the pesticides used on avocado orchards are banned in Europe and Mexico because of high toxicity. But they’re too effective not to be tempting and the piece shows that avocado producers continue to spray huge quantities onto their orchards. By breathing the toxins straight out of the air and drinking water contaminated by the runoff, residents of the region are already experiencing the health consequences of this fumigation.

If that wasn’t grim enough, avocado orchards have caught the attention of highly violent organized crime groups. With each hectare of avocado bringing in around 600 000 pesos a year (about 40 000 CDN), these groups are active in the region and looking to diversify their income sources. A slew of cartels, including Los Caballeros Templarios (which may now be operating under a different name) have taken advantage of the situation by extorting avocado producers. Refusal to pay inevitably results in kidnappings, rape, and violent homicides in a state famous for bloodshed. The violence went so far as to drive residents of the city of Tancítaro, where one of every two people produces avocado, to take up arms, form their own militia, and defend themselves. And while Tancítaro’s approach may have been successful thus far, violence in the country gives no signs of abating. Mexico has just experienced its most violent year in recent history.

Avocados, it turns out, bleed red. 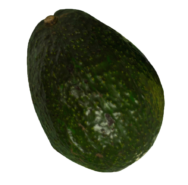 An unscientific survey of UVic students, conducted by the Martlet and aptly qualified by one participant as “flawed” (isn’t everything?), found that most participants had not grown up eating avocados, but rather had started eating them in the last few years or at university. This makes sense, as Mexico wasn’t really exporting a significant number of avocados before 2006.

Forty-five per cent of participants reported consuming one to two avocados a week, and only one respondent consumed more than four. A common theme that emerged from the “study” was the fact that price is the major deterrent when it comes to eating more avocados. When asked why they eat avocados, participants alluded to richness, health benefits, taste, and a good alternative food for vegans and vegetarians. The words “God” (twice), “gift,” “sex” and “happiness” also warrant honourable mentions.

But the majority of participants admitted that they did not think about the origin of the fruit when purchasing it.

There is no denying that these are complex issues. What I am calling for is a bit of mindfulness.

In today’s political and economic system, individuals are more than just voters. They are consumers. Like voting for a candidate in an election, consumers theoretically have the power to influence the world market according to their preferences by choosing to buy one product over another. This choice can be purely practical — “I like ice-cream but I don’t like spending $10 for ice-cream, therefore I choose this $5 brand” — or it can be based on certain moral values or ethics — “I like ice-cream but I also like cows, therefore I choose this $10 vegan brand.”

Buying (or voting for) these products signals demand not only for the product, but also for the set of values associated with it. This in turn encourages more supply.

This is called ethical consumerism, and its rising popularity (in circles that can afford it, generally) can be attributed to the interconnected nature of our world and astonishing flow of information. Take the clothing factory collapse in Bangladesh in 2013, for example, that killed 1 134 people.

This tragedy instantly made headlines and resulted in global awareness of working conditions in the fast fashion industry. Consequently, people could no longer disassociate themselves from the impact of their consumption practices and the hidden cost of cheap price tags. They now could make an informed choice with every item of clothing they purchased.

It would be hypocritical of me to point out all of these issues and ask readers to eliminate avocados from their diet. I myself can eat as many as one a day. Besides, complex problems and systems rarely have black and white solutions. For instance, it would be wholly unfair not to mention the number of jobs that the avocado boom has created in Michoacán, ensuring a livelihood for real human beings. At the same time, the state is playing a risky game by putting all of its economic eggs in one basket. There is no denying that these are complex issues. What I am calling for is a bit of mindfulness.

Let’s all take a breath.

What we can do is practice seeing products as more than just “expensive vs. cheap” or “I like it vs. I don’t like it.” We can practice looking beyond every product at the people, animals, environment, and systems of production that moved it from where it was to you. We can look through ad campaigns and know with certainty that some people are always benefitting (they are usually the loudest) and some people are usually suffering.

We can also practice seeing ourselves as more than easily manipulated consumers — enslaved by our desires and thirsty for instant gratification. We can see ourselves as we are. Full, rich beings with the capacity for empathy, the ability to choose, and the power to find joy and satisfaction in things money cannot buy.

Break free of that SuperBowl ad campaign. Happiness lies beyond the alligator pear.