The term “beach read” is often applied to a very specific kind of book: light on theme, easy on plot and not much of a challenge. It’s understandable why these books are popular during vacation; as a student, you’re tired of slogging through required materials that must be dissected and yearn for a story you won’t have to write an essay about later. But when you reach the end of exam period, you just don’t have the mental energy left to dive into a complicated non-fiction analysis of information theory or tackle Umberto Eco’s philosophy-drenched historical novels. While many are content to pick up a mystery paperback at the airport newsstand for their vacation, you don’t have to sacrifice intelligence for readability; there’s a beautiful middle ground of books that are both witty and welcoming. The stories are fascinating, the writing is well-crafted and the momentum never falters. Here are some of my recent favourites. 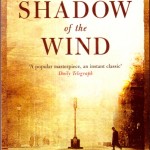 The Shadow of the Wind
by Carlos Ruiz Zafón
This novel’s setup reads like a short story by Borges, but becomes infinitely more interesting with every page. On a cold morning in 1945, a man brings his young son to one of Barcelona’s best-kept secrets: a  massive, labyrinthine library called the Cemetery of Forgotten Books. The boy, Daniel, is allowed to choose one book, with the promise that he must always keep it safe. He chooses a novel called The Shadow of the Wind, by an obscure author named Julian Carax. But when Daniel tries to find out more about his beloved tome and investigate why it is so rare, he uncovers an intensely tragic mystery that was buried decades before, hinging around a hideously wounded figure who resembles the villain from Carax’s book. I won’t spoil any more of the plot; it’s a pleasure to discover each puzzle piece and see it click into place. Even though the ending is slightly melodramatic, Zafón’s characters and plot structure are so exquisitely created that you’ll never want the journey to end. 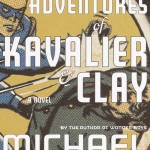 The Amazing Adventures of Kavalier and Clay
by Michael Chabon
This book picked up the Pulitzer Prize a few years ago, and it’s not tough to understand why; it’s beautifully crafted and devastatingly well-written. It tells the story of two cousins in 1939: Sammy Clay, a Brooklyn Jew obsessed with comic books and his cousin Joe Kavalier, who has just smuggled himself out of Prague ahead of the Nazi invasion. Together, the pair conceive of a superhero called The Escapist, drawing inspiration from their own lives, and become central figures in the burgeoning comic book industry during the Second World War. Chabon’s novel not only describes this central story, but ties the Jewish wartime experience into the history of comics in a fascinating way; it’s really unlike any Holocaust-related narrative I’ve ever read before, and it’s a refreshing and emotion-laden read. 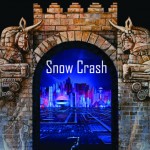 Snow Crash
by Neal Stephenson
Cyberpunk nerds will already know about this one, and probably suggest other novels in the genre that are “better,” but Snow Crash is a fantastic read for people who are just starting out reading sci-fi. Originally published in 1992, Snow Crash famously predicted a virtual online world like Second Life back when most computers were still connecting to the internet via dial-up modems, as well as describing Google Earth back before Google was even a company. The main character, Hiro Protagonist, is a world-famous hacker-slash-pizza deliveryman, living in a futuristic, hyper-privatized version of America where the U.S. has become a loose collection of “franchises” instead of cities or states. The plot is a fascinating chase thriller about a computer virus that dates back to ancient Sumeria; the exposition is often blatant and the plot skips around a bit bizarrely, but it’s all so fascinating that you just won’t care. For an added bonus, reading the 1990s-centric satire of Snow Crash in 2013 is a bizarre and hilarious exercise in discovering just how much of Stephenson’s predictions actually became our reality.