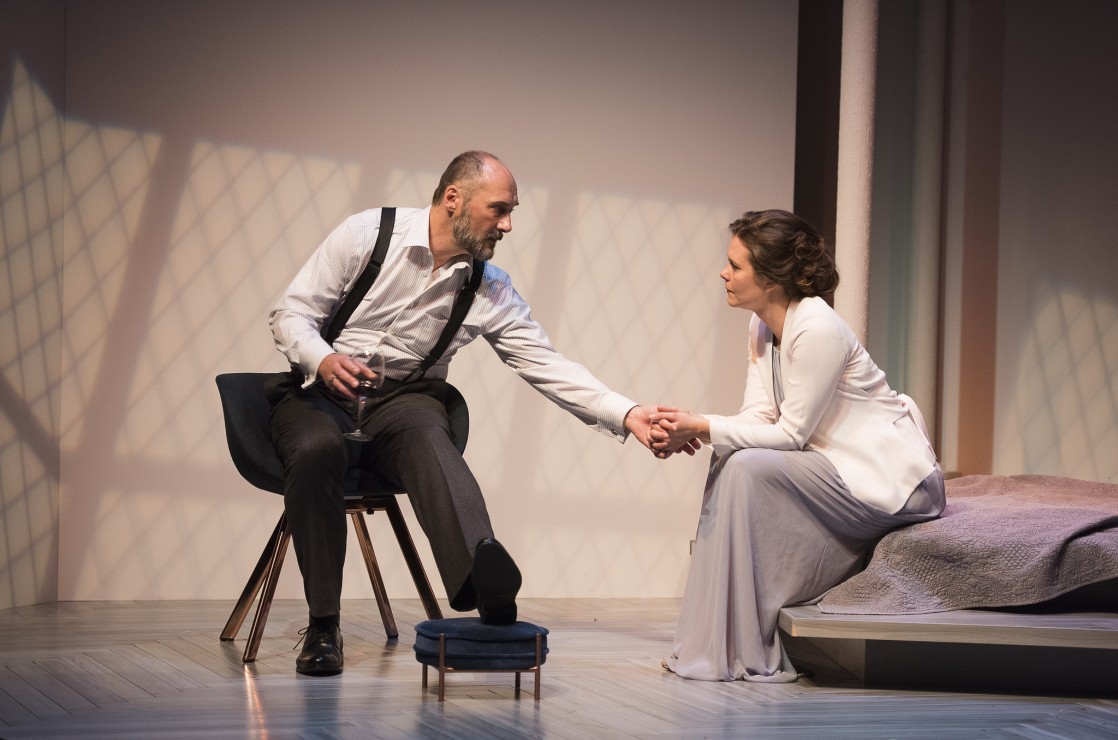 Before The Last Wife unfolds, the program notes history buffs should cool it, as many liberties were taken with the events depicted on stage. Canadian playwright Kate Hennig wants drama, not accuracy. And as the promise of an affair launches the Belfry’s latest production, the audience finds themselves in a seductive position to begin the contemporary tale of Henry VIII and his sixth (and final!) wife Katherine Parr.

Opening in the moments before Henry and Kate’s marriage is confirmed, we are quickly introduced to the rule that governs the monarchy: Henry is a boy trapped in a man’s body and his temperament follows suit. There’s rarely a scene where Henry’s not yelling or prophesying his weak political views. That, combined with a lack of personal hygiene, diminish any earned masculinity.

Henry, played by Oliver Becker, and Kate, played by Celine Stubel, carry the nearly three-hour performance, flitting between the bedroom and the throne room (as if there’s a difference). The moments before and after their clothes come off prove that sex is awkward, even if you’ve rehearsed.

The language snaps and conversations don’t so much flow as snarl and seduce. In a moment of weakness, Henry admits he can’t “get it up for mistresses anymore,” one of his more romantic lines. 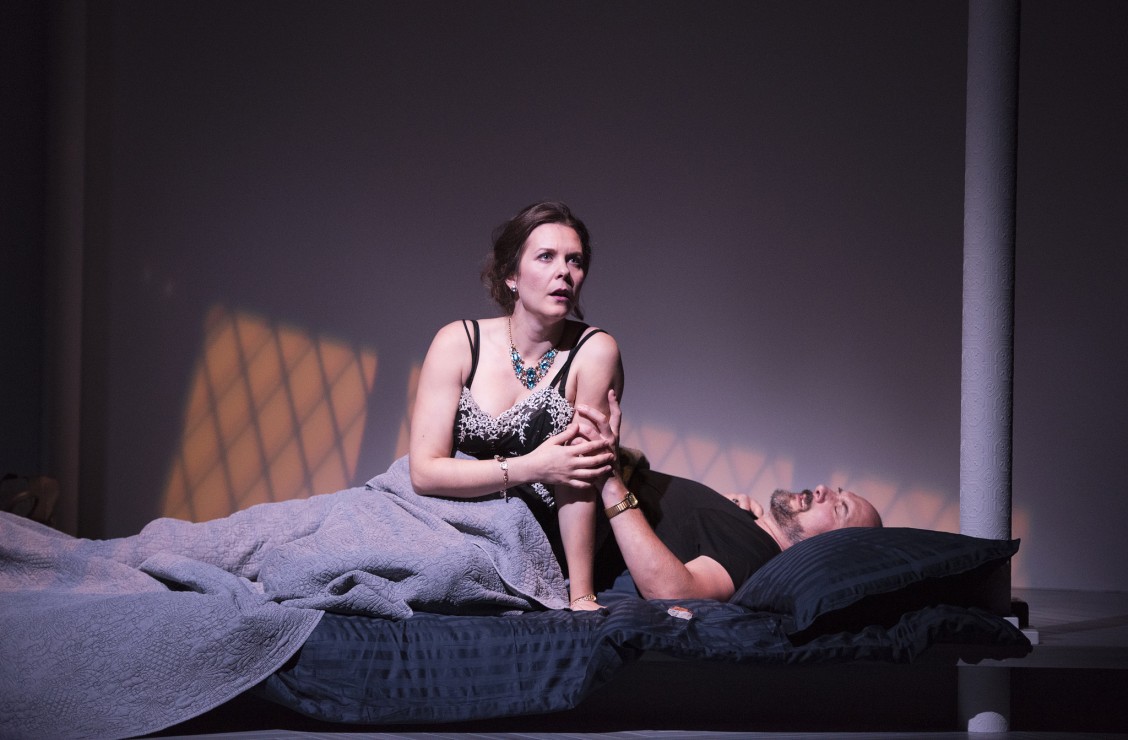 The Last Wife’s secondary plot undresses motherhood’s shiny front. Kate, now a stepmother to three children from three different marriages, uses each child as canvas for her own political ambitions. When Kate and Henry inevitability pass on, it’s clear Kate made her mark: Mary and Elizabeth have their succession reinstated, an Act of Parliament led by Kate.

At times it’s easy to forget what century these characters are pulled from, each dealing with timeless problems of humanity, like being hung up on an ex; during the second act, Henry confides he’s been white-knuckling through life. Dude, we’ve all been there. For a king that yielded so much control, he had no plan.

Of course, Kate had a plan. Her refusal to enter into the union without her own list of demands being met scratches at the façade of marriage just enough to remind us all that power lasts longer than love. As Victoria welcomes the monarchy’s newest Kate this week, The Last Wife is also a reminder that power couples have existed throughout history. The Clintons. The Underwoods. The Kardashian Wests. If you can’t find “the one,” at least find a spouse that can make you the Queen of England.

The promised affair does finally commence, late in the second act, as Kate takes up with Thomas Seymour, a court charmer who flirts his way through life. But as much as I love a good affair, I found the tryst an unwanted distraction.

There’s no doubt a feminist curve guides the entire story, but acknowledging this feels counterintuitive to the main point of the story: that a girl can run the country. For those who love period dramas and the specific drama that ensues when a stepmother and daughter are the same age, The Last Wife delivers.