The Minister of Status of Women on gender in politics, student leadership, and referendums

“You are the most powerful generation to have ever lived. You have the most at stake and the least voice at the table.” 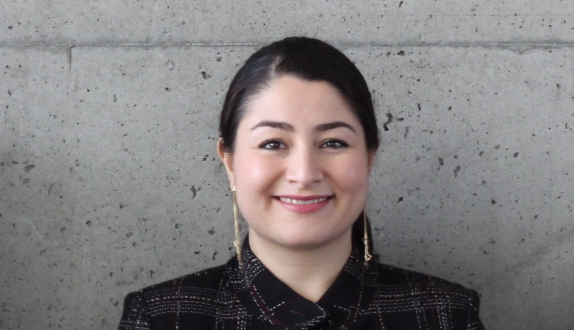 On Nov. 26, the Martlet had the honour of interviewing the federal Status of Women minister, Maryam Monsef, on her recent visit to UVic. We chatted about student politics, gender inequality in positions of power, and of course, B.C.’s electoral reform referendum.

The Martlet: The cabinet you work with is gender equal, but the house itself is far from it. Why do you think this is, in Canada?

Maryam Monsef: The house is at 27 per cent now, and we have 50 per cent at the cabinet table. Both those numbers are a sign of progress. That said, you’re absolutely right, there is more work to do. One of the reasons that we don’t see too many women in politics yet is role models. If you can’t see yourself in a place then you’re less likely to dream about going there. When you do see role models, you say, if she can do it maybe I can too. The second reason is related to the work of political parties. The way that our democracy works in Canada, political parties have a significant role to play in bringing and attracting a range of candidates. Another reason is because it’s not easy entering a male-dominated field. Politics, by definition, can be contentious at times, the work hours aren’t always family-friendly — that negatively affects men, too. So, there’s a range of factors — none which have anything to do with the fact that women are perfectly qualified to lead.

If you had to justify the need for your portfolio, what would be your rationale?

Some of the trolling online says why do we need the Status of Women Minister in the 21st Century? Couple of [reasons]: Bill C86 (Budget Implementation Act, 2017, No. 2) — its job is to implement the provisions from Budget 2018, including enshrining an intersectional gender lens into budgeting and making the Status of Women Agency into a full department — Women and Gender Equality (WAGE). It’s important because despite the progress, women earn 87 cents on the dollar in Canada as of 2017, because every six days a woman is murdered by her intimate partner, because we only have 27 seats in parliament filled by women, because 40 per cent of corporate boards still have no women around the tables, because when we increase participation of women equally in our economy over the next eight years, we’ll add 150 billion dollars to our economy.

When you were a student, did you ever think you’d be working with the Prime Minister of Canada some day? And what advice would you give to students considering entering politics?

Student politics is actually where I realized I could be an agent for positive change. Student politics is really challenging, and the media — papers, radio stations — play an important role in shaping the work students do and the way they inform the administration of challenges and opportunities.

The Chancellor left me with this message — students right now are the most powerful generation to have ever lived. With the declining birth rates and competition for talent, all the decisions-makers and all the big companies, employers are trying to find a way to attract you to their teams, to help them innovate and stay competitive. Your values are shaping the values of big corporations, you are starting political movements, you are changing culture — don’t forget how much power you have.

And vote. Vote for what you believe in and help candidates that you believe in. Speak up, whether it’s at city council, student union meetings, the Legislature, or Parliament Hill, you have the most at stake and the least voice at that table.

Be kind to one another. In your classrooms, you could be sitting next to the next prime minister, the person who is going to find the cure for cancer, the person who will teach your kids, or a person going through some serious heartache — and the last thing they need is for someone to be unkind. You never know in this small world who you will run into in a not-so-distant future.

You were previously Minister of Democratic Institutions and you’re quoted by The Globe and Mail saying that First-past-the-post isn’t good enough for Canada. A lot of people did vote in the 2015 election based on the promise of electoral reform. We have a referendum going on in B.C. right now — are you still personally a proponent of changing the system of First-past-the-post? How close is your government watching this referendum? Could we see Trudeau go back to his original promise of changing the electoral system federally?

I wish the people of B.C. all the very best in this referendum.

I travelled to every province and every territory to hear from Canadians directly about how to improve our democratic system and how we can increase the participation of Canadians in our democracies. I heard that we absolutely do need to increase voter participation and remove the barriers that exist for us to vote.

Where we didn’t find consensus across the country was to change the system — and that was pretty difficult. The NDP and Conservatives proposed a referendum, but nowhere in the country did I hear that Canadians wanted a referendum. The only way that we were going to move ahead was with a referendum, and precedent shows that referendums are divisive, it’s a blunt tool to use, and it was not wise to divide the country at a time when we need to stay together. So that door is open for future leaders to consider changing the system. For now, we are going to encourage people to become part of their democracy without changing the vote.

But obviously we are watching very closely what happens here in B.C. The big thing here is encouraging people to go and vote in the referendum, because that precedent matters.

This interview has been condensed for clarity and brevity.