The U.S. works to mend relations with Cuba 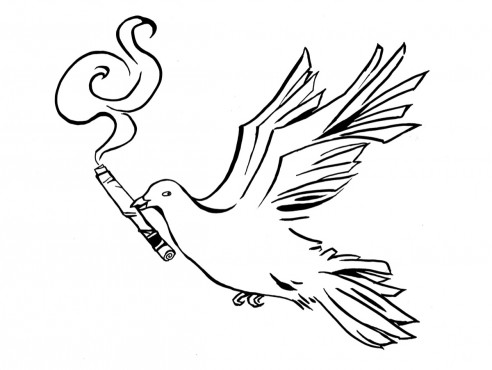 Following months of secret talks hosted by Canada between the United States and Cuba, the Obama administration further normalized political relations with the island nation, lifting travel and financial restrictions with executive power. As the trade embargo remains in place, the world remains watchful for Obama’s next move, and Canadians are left wondering how their American-less vacation hotspot will be affected.

Dr. Jason Colby, an associate professor in UVic’s department of history and an American foreign relations expert, argues the ability to travel to Cuba has became a form of positive identity for Canadians, comparable to Canadian pride towards our healthcare system. Once the Soviet Union left Cuba, and U.S. sanctions were in place, Cuba’s economy shrunk rapidly—opening the country to tourism was needed for its economic survival.

“It took everyone by surprise. This is a really important move for Obama to show willingness to act with great executive power even if he doesn’t have the support of Congress, from a U.S. perspective,” Colby said.

The tensions reached a boiling point with the Cuban Missile Crisis in 1962, and for the next 50 years, the U.S. imposed strict political sanctions and trade embargos, hoping to crush the Castro regime. “Instead of regularizing relations with Cuba the way the United States and its allies did with China for example, the U.S. doubled-down, and imposed even greater pressure,” Colby said. These policies forced countries like Canada to follow U.S. policy towards Cuba, creating immense pressure.

Finally, by the late 1960s, Canada had become “disenchanted with U.S. policy and hostility towards Castro, and started to distance itself,” he said, assuming that as the Cold War wound down, the U.S. would normalize trade and political relations with Cuba.

Several factors played into the U.S. hesitations to mend relations. Lingering Cold War bitterness is “undeniable,” according to Colby. “Remember that the scariest moment in the Cold War comes during the Cuban Missile Crisis. Americans that lived through that, be they teenagers at the time, or policy makers at the time, had a very difficult time forgiving or forgetting that,” he said.

Cuban-Americans who fled the country in the 1960s, mostly upper-class families, began to lobby for the U.S. government to maintain the embargo, according to assistant professor in the department of anthropology, Dr. Alexandrine Boudreault-Fournier. “It became very powerful, in the U.S.,” she said. “Until the 1990s, the states were maintaining the big gap between the two countries.”

These conservative Cuban-Americans were located in the crucially important swing-state of Florida, becoming an effective way to play politics at home, Colby said. A conservative candidate would maintain a firm position on keeping the sanctions in place, and liberal candidates would avoid cutting sanctions to have Florida’s support in political races.

Dr. Boudreault-Fournier said historians and academics are constantly referring to the concept of “Cuban transition” into the world stage of capitalist culture, even as far back as the 1990s. “It never really happens—we’re always expecting something big to happen but nothing ever happens. This concept of change and transition in academia has been on the table for a long time even if nothing was really happening,” she said.

The laws and changes that will occur in Cuba’s transition will happen at a very slow pace, according to Boudreault-Fournier, and not one day to the other.

“The Cold War has been over for the lifetimes of [nearly] all UVic undergraduate students, but here is a country that in many ways has been frozen out of a lot of the world system because of both the Castro regime and U.S. policy. You have the dead hand of history still shaping these countries relations and Cuba’s future,” Dr. Colby said.