From Golden State winning the NBA title (again) to the Vegas Golden Knights getting to the Stanley Cup final, 2018 saw underdogs flourish and favourites dominate 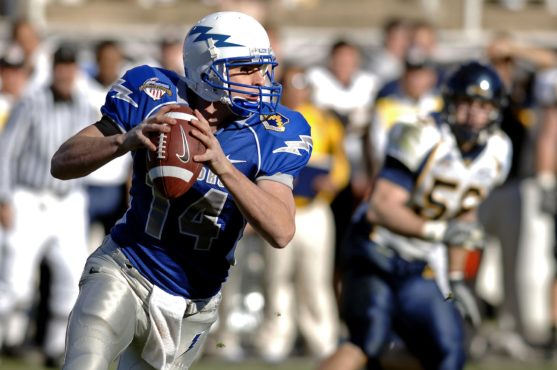 Last year I said 2017 was a “memorable year in sports,” despite the fact that my beloved Chicago Cubs did not win the World Series.

And after another year without the Cubbies throwing a World Series parade (the drought now sits at two years, and yes I am counting), I’m still obliged to recap all that’s unfolded in the world of sports over the past 12 months that isn’t necessarily related to the Cubs.

The NBA’s Golden State Warriors raised the Larry O’Brien trophy for the third time in four years, while the NHL’s expansion team, the Vegas Golden Knights, made it to the Stanley Cup final in their first season of play.

2018 was a year filled with unexpected moments of glory while familiar faces continued to hoist championships. Here are the top 10 sports stories of the year, and a look forward to 2019 — which, not to repeat myself, will hopefully include a Cubs World Series title.

For the third time since 2015, the Golden State Warriors reigned as NBA champs, defeating the Lebron James-led Cleveland Cavaliers four games to none. Superstar Kevin Durant was named Finals MVP for the second consecutive year, averaging 28 points and 10 rebounds per game in the four-game sweep.

However, what may be remembered most from these finals is not the Warriors’ dominance, but a game one blunder by the Cavaliers’ shooting guard J. R. Smith.

With the score tied at 107 apiece in the fourth quarter, Smith grabbed a missed free throw and had 4.5 seconds to make a basket or pass to a teammate. Smith later admitted he forgot what the score was, and instead dribbled the ball to run out the clock — sending the game to overtime —where Golden State won by 10 points.

Golden State would go on to win the remaining three games, and LeBron James would leave Cleveland (again) for the Los Angeles Lakers a month later.

The 2000s have been kind to the Red Sox. After going 86 years without a title, they cemented their legacy as one of the premier teams in professional baseball with a run to their ninth World Series this fall.

They reached an MLB-best 108-54 record in the regular season, and dropped only three combined games in the postseason. The ‘Sox easily defeated the 100-win New York Yankees and 103-win Houston Astros to win the American league pennant, before dominating the Los Angeles Dodgers in five games to take the World Series.

The consensus was no, probably not — that is, until 1-seed University of Virginia met the 16-seed Maryland-Baltimore County (UMBC) Retrievers.

UMBC defeated Virginia in a shocking 74-54 victory in the opening round, sending one of the favourites home early.

The status quo was re-established, however, when the Villanova Wildcats (1-seed of the East region) won the tournament — their second title in three years.

7: Alex Ovechkin gets his Stanley Cup

In his 14th season in the NHL, Alex Ovechkin finally got his ring. The Russian goal-scoring sniper led the Washington Capitals to a four-games-to-one victory over the upstart Vegas Golden Knights in the Stanley Cup final to earn the elusive title.

Forever compared to his Canadian counterpart Sidney Crosby, who has three Stanley Cup rings of his own, Ovechkin cemented his hall of fame resume with this championship in 2018.

20 years after winning their first World Cup, France rolled to their second title in 2018, defeating Croatia 4-2 in the finals.

Despite missing NHL players from the ice hockey competition, Canada brought home a record 29 medals at Pyeongchang in 2018.

Although Canada failed to win gold in either the men’s or women’s ice hockey event, Canada still collected 11 gold medals and finished behind only Norway and Germany on the medal table.

Figure-skating duo Tessa Virtue and Scott Moir came away as the sweethearts of the Games, melting the hearts of the judges (and audience) on their way to collecting two gold medals.

For the first time in their 85-year history, the Philadelphia Eagles won the Super Bowl.

At this time last year, the Eagles’ Super Bowl hopes looked all but dashed. In December of 2017, star quarterback Carson Wentz tore his ACL in a late-season game against the Los Angeles Rams. Wentz, an MVP frontrunner, would be out for the season and relinquished his starting quarterback position to backup Nick Foles.

The Eagles went on a remarkable run to the Super Bowl, and against all odds defeated the New England Patriots.

But it turned out that Foles would lead the Eagles to wins in two of their final three games to end the regular season at 13-3, though many pundits predicted the Eagles would still be upset early in the postseason.

Led by Foles, the Eagles went on a remarkable run to the Super Bowl, and against all odds defeated the New England Patriots 41-33. Foles would be named the game’s MVP, finishing with 373 yards and three touchdowns.

While 2018 may have been a memorable year on the basketball court, a pair of women made history off the court, too.

Becky Hammon, a former WNBA player and the current San Antonio Spurs assistant coach, was the first female to be interviewed for a NBA head coaching vacancy.

In early May, the Milwaukee Bucks interviewed Hammon. Although they ultimately went in a different direction in hiring Mike Budenholzer, USA Today stirred up the conversation of Hammon’s coaching candidacy by published a piece asking “why isn’t Becky Hammon an NBA head coach yet?”

If you believe in miracles, then odds are you were a fan of the Vegas Golden Knights last season.

After being granted an expansion team in 2016, the Golden Knights began play for the 2017/18 season, and experts predicted just how bad their first-year team would be.

One headline from FOX5 read, “Wow, the Golden Knights are going to be bad,” while another from The Athletic said, “This team will be more painful to watch than the third Hangover movie.”

Vegas captivated fans across the league and proved that the glitzy city in the desert can also be a hockey town.

A team full of players who were left up for grabs in the expansion draft, the Knights came together to shock the world, calling themselves the ‘Golden Misfits’ and skyrocketing in standings.

They won their first three games of the year, and wound up winning the Pacific division with 109 points. The Knights’ hot stretch continued into the playoffs, sweeping the Los Angeles Kings in the first round and downing the San Jose Sharks in six games, before defeating the Winnipeg Jets to win the Western conference and move on to the Stanley Cup finals.

Although the Knights would fall short to the Washington Capitals in the finals, Vegas captivated fans across the league and proved that the glitzy city in the desert can also be a hockey town.

1: Sports world mourns the loss of the Humboldt Broncos

If you’ve played any form of organized sport in your life, then you know the feeling of taking a bus to a competition. It’s what made the tragic crash of the Humboldt Broncos’ junior hockey team in April that much more relatable and devastating.

“I prepared to talk to you so I wouldn’t get emotional,” Toronto Maple Leafs head coach Mike Babcock told reporters after the crash. “I can’t imagine being a parent or a wife or the kids at home going through something like this. Our hearts… the hockey world’s an unbelievable world. You can’t make up for loss. You just can’t. It’s got to rip the heart out of your chest.”

Fans across the world stood on the same sidelines to remember and celebrate the 16 lives that were taken from the world far too soon.

Sport stars across the world mourned the 16 lives that were lost that day.

The Winnipeg Jets and Chicago Blackhawks played a game with the name ‘Broncos’ written on the nameplate, the Toronto Raptors passed out condolence on social media, and NHL players wore Humboldt Broncos decals on their helmets for the remainder of the season.

In many ways, sports are a great, competitive outlet to forget about your daily problems — but events like this put us all on the same team. Political beliefs and fan allegiances aside, fans across the world stood on the same sidelines to remember and celebrate the 16 lives that were taken from the world far too soon.