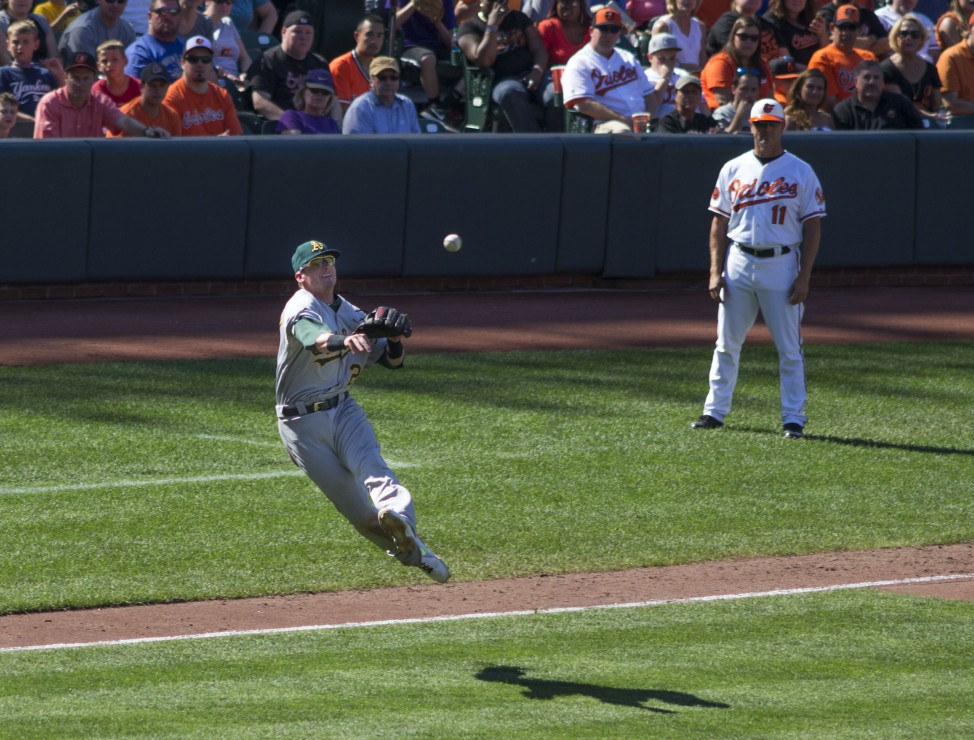 Former gold-glover Josh Donaldson was a stellar addition for the Jays this offseason. –Keith Allison via Flickr (photo)

For the second time in three years the Blue Jays enter January as world champions. What championship am I talking about? The hallowed Offseason Bowl, of course. Never one to rest on his laurels, Alex Anthopoulos acted quickly in November and December to shore up the burgeoning dynasty brought about by the now-mythical 2012 off-season, when Jays legends Josh Johnson, R.A. Dickey, Mark Buehrle, Jose Reyes, and Josh Thole were acquired for the bargain basement price of four Major-League-ready blue-chip prospects: Noah Syndergaard, Travis D’Arnaud, Henderson Alvarez, and Justin Nicolino.

By signing Russell Martin, trading Brett Lawrie and prospects for Josh Donaldson, and swapping J.A. Happ for Michael Saunders, the Blue Jays solidified their offseason crown. Will their success carry over into the regular season? Are the Jays poised to challenge for the AL East crown or the World Series? Or will this season be a repeat of 2012, when the preseason favourites failed to even make the playoffs?

Russell Martin batted .290 with 11 home-runs and 67 RBIs, and threw out base runners at the second highest rate in the National League. Furthermore, he excelled in advanced stats—5.5 WAR in 2014—and is among the best pitch framers in the Majors. Known as a clubhouse leader and phenomenal athlete for his position, Martin brings significant intangibles to any ballclub and seems poised to age gracefully.

A hometown kid—who speaks fluent French to boot—Martin will inevitably appeal to Canadian fans. While 2014 may represent his career peak, and the $82 million over five years a premium price, Martin undoubtedly makes the Jays better in 2015. He should be a significant defensive upgrade over Dioner Navarro and will help settle a pitching rotation that figures to feature at least two of Marcus Stroman, Derek Norris, Drew Hutchison, and Aaron Sanchez.

The Josh Donaldson trade is another win-now move. Cutting bait on Brett Lawrie may come back to haunt the Jays, though despite his immense potential, he has not been able to stay healthy and there are rumours that he was a less-than-stellar clubhouse presence. The Jays also gave up several prospects in the deal.

The one to watch is 18-year-old Franklin Barretto, a shortstop with superstar potential. Despite the assets surrendered in the trade, Donaldson should be well worth the gamble. Though already 29, he is the best third-baseman in the American League, a gold-glover with a 30 HR bat, and by many metrics one of the top five players in the league overall.

Swapping J.A. Happ for Michael Saunders is a solid value trade, with the Jays giving up a fifth starter for an underrated (Canadian) outfielder who can play both corner spots and hit well enough to make fans forget about Melky Cabrera.

Anthopoulos pulled off another under-the-radar swap of Anthony Gose for minor-leaguer Devon Travis. Though Gose has shown elite speed and above average defense in centre field, his career .240 batting average in the majors and minors belies the fact that he simply cannot hit good pitching. Travis seems poised to take over as the full-time second baseman as soon as this season.

Ultimately, the moves made in the offseason make the Blue Jays better. The real question is: do they make them playoff contenders in 2015? 2016? If they end the longest playoff drought in the majors (cue gloating Kansas City fans), then the deals seem reasonable.

But if the Blue Jays struggle to another .500 season riddled with false hope?

The Martin signing gives me recurring nightmares of Vernon Wells’ disastrous seven-year, $126 million albatross contract, just as the Donaldson trade reminds me of the Dickey swap. Just as JP Ricciardi felt the heat in 2006, Alex Anthopoulos must be feeling the increased pressure of Torontonian expectation.

The honeymoon period for Anthopoulos is over. If the Blue Jays fail to reach the playoffs in the next few seasons, AA may be looking for a new line of work, and the Jays for someone else to deal with the back end of Martin’s contract while watching former Blue Jays’ farmhands star for other teams.