Uber drives towards licence acquirement to operate in Victoria, Kelowna

Uber seeks to obtain a license transfer from another rideshare company to run in Victoria, Kelowna by the holidays 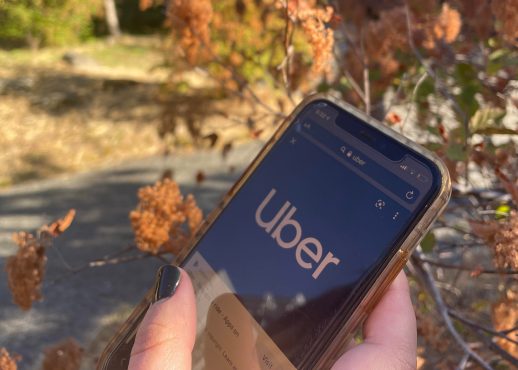 Less than a year after being denied by the Passenger Transportation Board (PTB), Uber is once again seeking to acquire a license that would permit it to operate in additional regions across B.C., particularly in Vancouver Island and Kelowna.

The Passenger Transportation Board is an described on its website as “an independent tribunal committee in B.C. established under the Passenger Transportation Act” and is predominantly responsible for “making decisions on applications that pertain to passenger directed vehicle authorizations (e.g. taxis, limousines, and shuttle vans), inter-city bus authorizations, and transportation network service authorizations (e.g. ride-hailing).”Uber has been operating in Canada for about 10 years, but only came to B.C. when it began functioning in Vancouver in 2020.

“The City of Victoria welcomes additional transportation options that help connect people and businesses to our community,” said Victoria Mayor Lisa Helps in a press release issued by Uber.  “We’ve heard from local businesses, entrepreneurs, and our hospitality industry that there is an immediate demand for these services.”

The ride-sharing company failed to acquire a license in Victoria after the PTB rejected its application last year, citing concerns over questions of public need for the service and whether granting the application would negatively affect economic conditions for existing taxi and ride-share companies, given the already detrimental impact of COVID-19.

This time, Uber is driving towards a new course of action.

The new request submitted by the global ride-sharing giant is different to last year’s application, in that it is not petitioning for a brand new operating license. Instead, it is hoping to purchase an operating license from a company that is already functioning in Kelowna and Victoria. The name of the company whose license Uber hopes to obtain has yet to be released.

In order to win the approval of a license transfer from the PTB, Uber only needs to demonstrate that they are “fit and proper” to operate and are “capable of providing the proposed service.”

“Fortunately, the PTB has found Uber to be fit and proper and capable on two separate occasions now. And our track record remains strong,” Uber spokesperson Keerthana Rang said in the press release.

According to Uber’s statement, a similar point of view was also expressed by Kelowna Mayor, Colin Basran.

“We embrace providing diverse transportation options for both residents and visitors, with the goal of reducing both car dependency and the need for parking, while increasing mobility options,” he said in his statement. “Uber’s arrival in Kelowna is long overdue and we encourage the PTB to finally approve this application.

Mohan Kang, president of the B.C. Taxi Association and taxi driver in Vancouver Island for over 25 years, says that “there’s no level playing field” when it comes to Uber’s efforts to expand throughout B.C. by obtaining an existing license.

“The taxi industry objects to any unregulated company,” Kang said. “We have said it openly that we have no problem with Uber coming to B.C., provided they come with a level playing field, and that is not [currently] the case.”

Kang says that while business has picked up, the taxi business is still recovering from the effects of COVID-19 and remains in a precarious position.

“Our concern is that it’s not fair. … If they are going to use this system, and this system is going to allow them, I don’t know how the system would like us to respect it,” he added.

Though no timeline was specified as to when the PTB will assess Uber’s license transfer application, Uber mentions it hopes to begin operating in Victoria and Kelowna by the holiday season in December.