University briefs from elsewhere in Canada 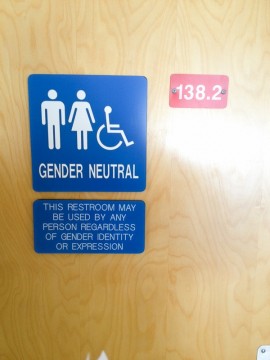 SASKATCHEWAN — After two years of campaigning, University of Regina (UR) Pride has succeeded in having 10 gender-neutral washrooms assigned across the campus. “The premise of the washrooms would be that anyone, regardless of their gender identity or sexual orientation . . . has access to this space,” Leah Kesier, executive director of UR Pride, told The Carillon newspaper. UR Pride noted that harassment often occurs in washrooms for those who aren’t filling society’s “gender expectations.” The official launch day has not yet been announced, but UR pride has been working closely with the University of Regina.

With files from The Carillon 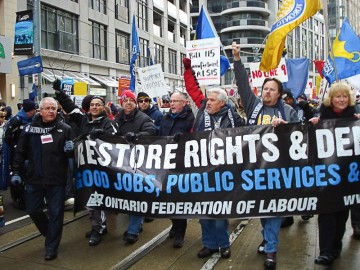 ONTARIO — In January 2013, the University of Windsor reported a drop of 25 per cent in the number of applicants to the education program compared to 2012. The university noted this as part of a current downward trend in the number of students pursuing education as a career in Ontario. Geri Salinitri, the acting associate dean of UWindsor’s Faculty of Education, stated that there are more people graduating from teaching programs than teaching positions available in the province of Ontario. Many graduates who are hired often work part-time for six years or more before receiving a permanent position. This has led to many pursuing teaching jobs in other provinces where wages are much higher.

With files from The Lance

McMaster University and librarian being sued for $3.5 million

ONTARIO — The publishing company Edwin Mellen Press is suing McMaster University, along with a librarian, for libel damages. In 2010, the librarian, Dale Askey, wrote a series of blog posts criticizing Edwin Mellen Press as being unprofessional and questioning the quality of their publications. In June 2012, the publishing company filed legal action against Askey as well as McMaster University as a co-defendant and demanded the posts be taken down. McMaster, however, fully supports the librarian and his posts.

MARCH 8 UPDATE: Edwin Mellen Press (EMP) has announced in a press release that it will not pursue its libel suit against McMaster University and Dale Askey (click here for details).

With files from The Silhouette