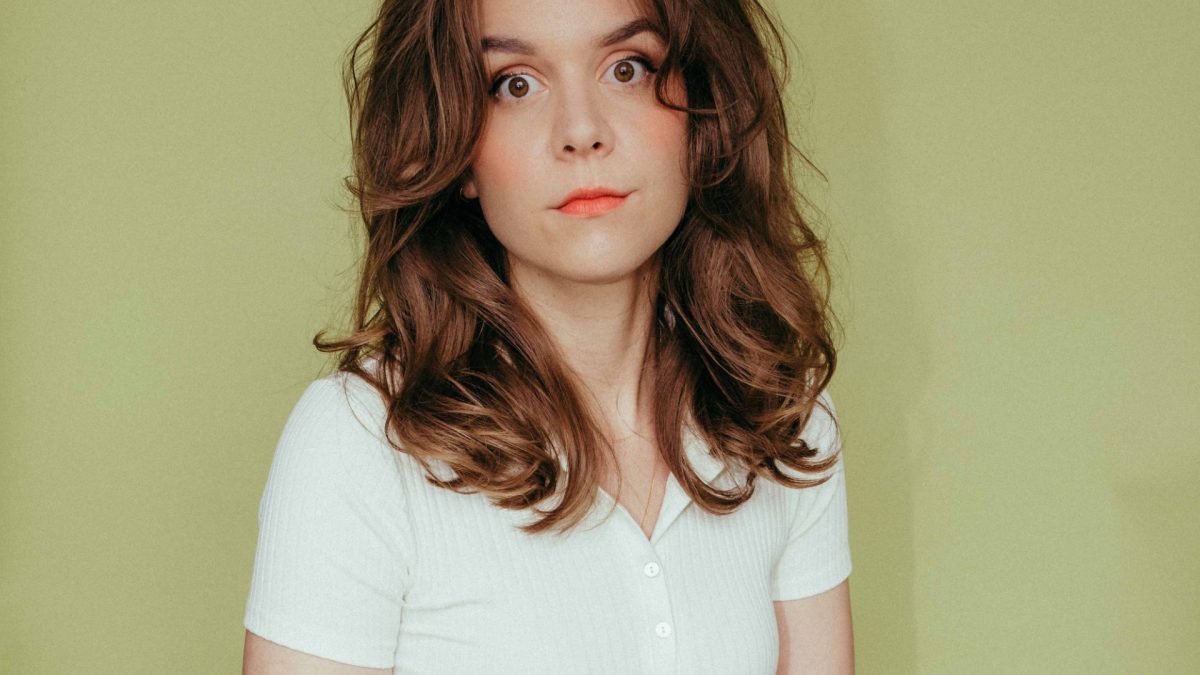 Such are the questions explored by Laura Ramoso, a Toronto-based sketch comedian and UVic alumna, in her comedy sketch show Frances that played Oct. 6-7 at the Roxy. Despite the simple premise, the show quickly spirals into hilarious chaos when random sketches interrupt the main plot as Frances tries to navigate the weird situations she finds herself in.

If you follow Ramoso on TikTok, you might recognize some of these sketches from her TikTok sketches transplanted onto the stage. Originally, Ramoso trained in sketch comedy and moved to Toronto to pursue it. But, like with everything, things were quickly thrown up into the air when the pandemic hit in 2020, right after Ramoso performed her show diane in 2019.

When everything shut down, Ramoso turned to TikTok and Instagram.

“Actually [the pandemic] kind of changed my life because I started doing online comedy. I started making videos because I couldn’t do any live stuff,” Ramoso told the Martlet. “Over the next few years, that became my full-time job.”

That isn’t to say that the shift from live performances to online was easy for Ramoso. Looking back, Ramoso says that she worked hard to achieve the progress she has.

“When you learn to do comedy for a stage, you learn how to present your observations, write a sketch or a joke based on the context. [It’s] a completely different medium,” Ramoso explained. “When you’re doing it online, not only do you have to learn lighting, and camera, and editing software, but you also have to learn how you’d like to present your jokes. What is your style online? It took me a long time to figure out my style on stage, and then it was like going back to square one to try and apply that to TikTok and Instagram.”

And of course, there was also the switch from online sketches to live again with Frances. And as someone who has not seen any of Ramoso’s sketches before, the switch was a comedic success.

The sketches themselves are extremely funny. There’s a great mix of physical comedy (despite being a one-woman show), audience interactions, and songs. Ramoso does excellent switches from character to character with different voices, personalities, and body language.

When it comes to a one-person show, the ability to switch between characters while still keeping the energy up makes or breaks the performance, and Ramoso nailed it. Every sketch feels like it both brings something new to the table, and builds off the rules of the comedy established in an earlier sketch.

The comedy continues to build, right up to the final scene where Frances and her ex meet in a chaotic mess of characters and emotions as they both discover that a neat ending to their relationship isn’t possible.

“I like to show and present my observations, jokes, and ideas through characters rather than just through myself,” said Ramoso about her preference for sketch comedy as opposed to stand-up. “With stand-up it would be just me and a microphone, it’d be Laura. I’m actually quite insecure of that, and I would prefer to do it through a sketch and a character, it’s more fun for me.”

Some of the scenes don’t neatly fit into the story being told. For example, right after the plot is established, Frances fights a possessed lamp. All the sketches essentially serve as interruptions to the larger plot and some get call backs, such as interactions with Frances’ best friend, who was a random person pulled from the audience.

Of course, not everything has to neatly fit into a show or further the plot at large. Some of the sketches, while funny, feel more like random non-sequestors. Like the Italian dad getting ready for a trip, despite none of the characters having an Italian dad.

But overall, the plot itself is paper thin by design and allows for comedic events to happen. The show exists to make you laugh. And it was hilarious.