Fringe 2017: UVic alumni and students bring the internet to life 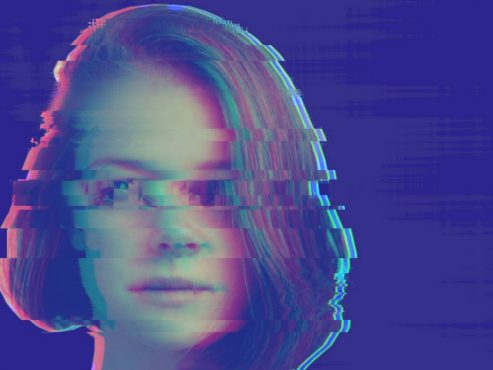 A number of UVic students and alumni star in lolcow, playing at the 2017 Victoria Fringe Festival. Photo via intrepidtheatre.com

“Lolcow: (lol-kaʊ), n. person whose foolish behavior can be ‘milked’ for amusement.”

So starts lolcow, a multimedia cross-genre play featuring Pascal Lamothe-Kipnes as Sheena, a young woman navigating strained relationships with her video game-reviewer boyfriend and online bullies, or trolls, obsessed with picking apart her digital behaviour and identity. Written by Robbie Huebner, directed by Huebner and Karin Saari, and produced by Hawk Mom Productions, lolcow is one of many shows being featured in this year’s Fringe Festival, which runs from August 23 to September 3, 2017.

Along with over a dozen other shows at this year’s festival, lolcow is teeming with recent graduates and current students of the University of Victoria, and the show itself adds to the expansive showcase of high-quality work coming out of the theatre and writing departments.

The show starts with a few rocky minutes as Sheena describes the cultural origin of the term “lolcow” and how it pertains to her over-dramatic and attention-seeking boyfriend, Stan, played by the superb Alex Judd (while we never meet Stan in person, he is evidently present through humorous video clips and some off-stage drama.) While Sheena’s opening monologue establishes the structure and tone of the play, it takes several minutes before the audience is properly introduced to Sheena the person, and not Sheena the exposition.

Lamothe-Kipnes hits her stride once online trolls are introduced, and Sheena is forced to cope with having strangers interrogate, invade, and mock her life and relationships. Throughout, Lamothe-Kipnes shines as Sheena, and she treads a careful line between developing Sheena’s unlikeable traits and stoking sympathy for a series of terrifying and claustrophobic circumstances. By the end of the play, you might not like Sheena but you can certainly understand and empathize with her difficult choices.

The chorus of trolls, all male-presenting characters played brilliantly by Taryn Yoneda, Caitlin Holm, and Annie Konstantinova, are present on stage before the play begins. They open the play seated in wheeled computer chairs, circling Sheena like vultures and seeking validation for picking apart her personal life for public consumption. From their first introduction, all three actors bring physicality and hyper-masculinity into their roles while maintaining individual voices and characters through a single mouthpiece: the podcast through which they torment Sheena and Stan. While their character voices were strong, it was occasionally a struggle to hear when the actors were faced away from the audience — if you or another Fringe-goer have difficulty hearing, considering sitting a row closer to the stage to get the full experience.

At its heart, the play is an interrogation of the politics of GamerGate, an online movement originating in August 2014 that became notorious for harassing women, journalists, and game developers in response to discussions of sexism and progressivism in gaming. The set design is especially conscious of the gender politics that are embedded in online communities and in our everyday lives: Sheena’s laptop is distinctly blue while a slow cooker is pink, both of which hint at underlying gender norms in contemporary society and the understanding of gender roles in online spaces.

As a piece of theatre, lolcow successfully uses video to augment the action on stage and to supplement the underlying themes of digital identity and character, and it’s exciting to see technology used effectively in theatrical storytelling. This is a clever, thoughtful discussion of online communication, persona and performance, and gender, which is increasingly necessary in contemporary media and art. Regardless of whether you’re tech-savvy or a tech-newbie, there’s plenty to contemplate here.