Most UVic campus amenities will be closed Sept. 19 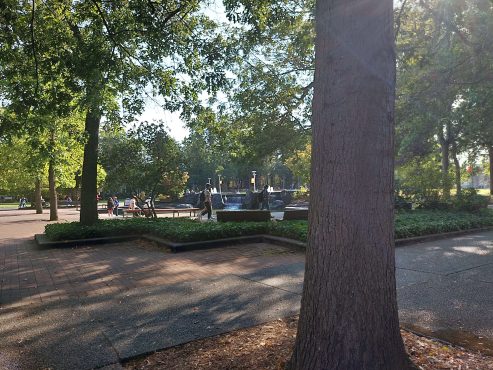 The University of Victoria will be closed on Monday, Sept. 19 following B.C. Premier John Horgan’s statement that the province will observe the national day of mourning for the passing of Queen Elizabeth II. Classes at post-secondary institutions will be cancelled for the day province-wide.

The Canadian government first declared a national day of mourning after Queen Elizabeth II died on Sept. 8 at the age of 96. Several provincial governments, including B.C., made announcements following the federal government to also observe this day of mourning on Sept. 19, the day of her funeral. Public workers, post-secondary institutions, public schools, and most Crown corporations in B.C. will have the day off. The Premier encouraged private sector employers to allow their employees to reflect on the day as well.

“This will be a national day to reflect on the incredible life of Canada’s Queen and the longest-serving monarch in British history,” said Horgan in his statement.

The announcement has created a dialogue amongst British Columbians and students at UVic. Some say that observing the day of mourning goes against the province’s — and many of its institutions’ — rhetoric around decolonization and reconciliation; others say the Queen should be recognized and mourned, or that they don’t mind having a day off.

In their announcement, UVic said that the abruptness of the holiday meant they had to make fast changes to the academic calendar. The university informed students that they have extended the fall semester and classes will now end on Dec. 6 rather than Dec. 5 and the exam period will now run from Dec. 8 until Dec. 21.

“To account for the previous adjustment to the September calendar for the National Day of Truth and Reconciliation, Tuesday, Dec. 6 will incorporate the Friday course schedule and all classroom bookings will reflect this revision,” reads the announcement from the university. “Monday, Dec. 5 will be scheduled as normal.”

Dec. 6 also happens to be the National Day of Remembrance and Action on Violence Against Women, and the university said that there will be no classes or exams that day between 11:30 a.m. and 12:30 p.m.

On Sept. 19 most of the campus, including the Student Health and Wellness Centre and the Law Library, will be closed. The McPherson Library and CARSA will be open with shortened hours, from 10 a.m. to 6 p.m. and 7 a.m. to 9 p.m. respectively. The new Cove dining facility in Building One will remain open from 7:30 a.m. until 9 p.m. The Student Union Building will be open but most of the services inside will be closed.