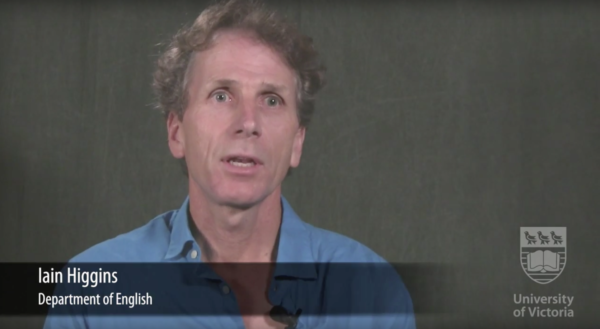 In a story published on the University of Victoria’s website, and in an email to members of the Victoria literary and university communities, UVic announced that Iain Higgins has been chosen as the new editor of The Malahat Review.

Higgins, an editorial board member of The Malahat for eight years, is a writer, translator, critic, and professor in the English Department at UVic, and is now the seventh editor of the prestigious Canadian literary journal.

“Iain impressed the hiring committee with his deep knowledge of the workings of the journal and his commitment to work with The Malahat’s stakeholders,” Margaret Cameron, Humanities Associate Dean of Research and head of The Malahat’s hiring committee, wrote in an email announcing the decision.

“I’m excited to take on the role,” Higgins said in the story. “I’m honoured to maintain the editorial legacy of The Malahat and to continue to work with the boards to publish excellent writing.”

Higgins takes over the journal as it begins an uncertain transition phase following the departure of long-time editor John Barton. The month of May saw community members organize a public meeting after news broke that the university had decided to restrict new candidates for editor to regular faculty members. 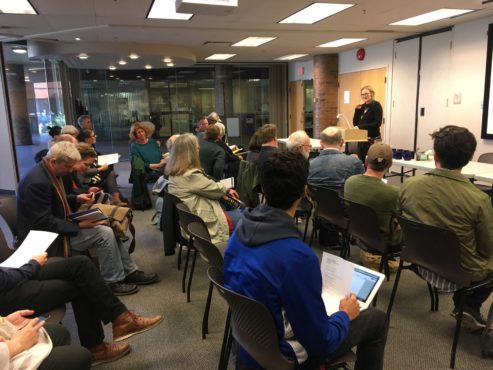 Members of the community and the university met to discuss the Malahat Review on Thursday, May 10. Photo by Cormac O’Brien, Editor-in-Chief

The restriction, members of the community said, marked the loss of an important job in the Canadian writing community, limited the diversity of candidates, and posed the risk of the journal becoming a more ”academic” institution.

In the story, Higgins acknowledged those community concerns.

“We have an obligation to everyone who has a stake in the success of The Malahat,” Higgins is quoted as saying. “The boards and I will look carefully at ensuring The Malahat reflects its diverse readership and the literary communities it serves.”

In the announcement email, Cameron also mentioned that a public event would be hosted for community members to meet and chat with Higgins, though wrote that the date and time of the event had not been decided yet but would be announced shortly.

Cameron thanked interim editor Micaela Maftei and other support staff at the journal, and she spoke to their commitment at keeping The Malahat going as it becomes more incorporated within the university for the next little while, at least.

This article has been updated to reflect the fact the announcement made on the UVic website was a story, not a press release. We regret the error.