Photo of the team provided by UVic Rocketry.

Earlier this month, UVic Rocketry won second place in the Launch Canada sounding rocket competition. The team attended the first ever Launch Canada event in Cochrane, Ontario where they competed against six other teams in the basic category to launch their rocket 10 000 feet.

“[The] energy at competition was something else,” said Jaden De Rooy, the team’s lead engineer. “There’s a hundred other engineering students who are in the exact same boat as you. They’re obsessed with building rockets.”

The team is made up of around 40 UVic students who worked together to build the team’s rocket. 22 members, including just one with previous competition experience, were able to travel to Ontario for Launch Canada.

“To put your heart and soul into a project like a rocket, and then finally go to the competition after months … of never knowing if it was actually going to happen, it was pretty incredible,” said De Rooy.

The team has spent roughly the last year and a half working on their rocket, the Xenia-1. De Rooy explained that typically the design process takes four to five months, but UVic Rocketry spent a full year designing theirs because of the pandemic.

Not only was Launch Canada delayed due to COVID-19, but the team was not allowed on campus until last fall.

“[We went from being] a team of eight and being fully online to a team of 40 … as soon as classes went back to in-person,” said De Rooy.

As a result of not being on campus, the team ended up manufacturing their rocket in only four months.

“We were basically finishing our manufacturing literally right on the launch rail on competition day,” said Kristopher Lemieux, the team’s media lead and avionics co-lead.

According to De Rooy and Lemieux, this meant a lot of long nights in Cochrane as the team scrambled to finish their rocket in time for the launch.

“There was a lot of resiliency to make sure that we could actually get a rocket in the air,” said Lemieux. “We just kept iterating on it. We wouldn’t give up no matter what was thrown at us.”

The team worked tirelessly to prepare the rocket for flight, getting barely four hours of sleep each night, according to Lemieux. Not only did the rocket still need work when they arrived in Cochrane, but the team ran into several problems throughout the week.

But the electrical issues and broken parts didn’t stop them.

“[There were] a lot of times where it felt pretty dire,” said Lemieux. “But we kept pushing, and no matter what happened, we always got through it.”

The design of the rocket itself also posed a challenge for UVic rocketry. Of the six teams they competed against, most rockets had a single payload. The Xenia-1, however, had four. 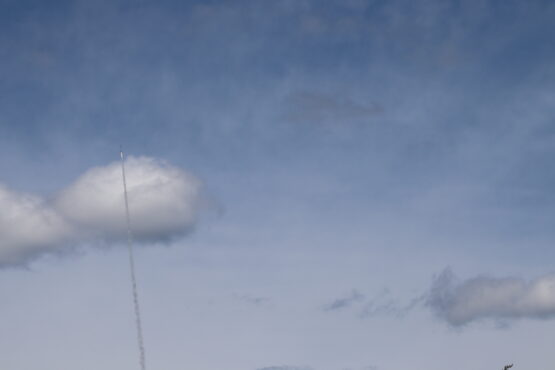 Originally, the UVic team was preparing for another competition with a target of 30 000 feet. De Rooy explains that when the Spaceport America Cup was cancelled as a result of the pandemic, the team shifted their sights to Launch Canada.

“Competing at 10 000 feet would have been kind of a step backward for us,” explained De Rooy. “So [we decided] let’s just cram as many crazy payloads into the rocket as we can to make it a bit more challenging for ourselves.”

Despite the last-minute work and the risky design, UVic rocketry managed to secure second place in the competition. According to De Rooy, the judges took notice of the innovation required to have the extra payloads, and ultimately the risk paid off.

“To have that many separate complex systems in one rocket was quite special,” said De Rooy. “Even though our rocket didn’t have a completely nominal flight … we still came second place because of all those payloads.”

De Rooy and Lemieux are both grateful for the people at UVic who made it possible for them to work on the rocket by providing access to equipment and space on campus and the organizers of Launch Canada.

“The amount of work that they’re putting in to make this happen and give Canadian engineering students a place to test and learn about rocketry like this is very admirable,” said De Rooy.

De Rooy and Lemieux are also looking forward to having new students join UVic Rocketry. Now that the team’s first Launch Canada is over, they have started work on a new hybrid engine and are hoping to compete in the advanced category in the future.