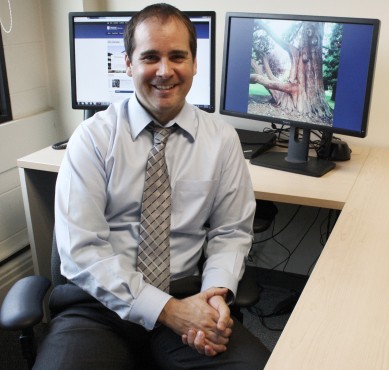 Though he hasn’t been in Victoria for long, UVic sociology professor Garry Gray has stepped beyond the classroom to present his research on the ethics of knowledge production. In November 2014, Gray talked on the ethics and the pursuit of knowledge at TEDxVictoria. His presentation, “Trust in Research: The Ethics of Knowledge Production”, details the importance of independent research and the detrimental effects of funding-effect bias.

For the past three years, Gray has been interviewing professors, scientists, and other professionals to find out how they teach, research, gain funding, deal with funders, and address ethical issues. After accumulating almost 10 000 pages of interview transcripts, Gray has now presented his research to TEDx, and is also currently writing a book on the pursuit of knowledge.

“We often make little compromises,” said Gray, “or engage in little unethical lapses that don’t seem like a big deal at the time; they just seem like us responding to whatever is occurring  in our immediate environment. Yet, they accumulate and can distort the fields of knowledge.”

After receiving his PhD in sociology from the University of Toronto in 2008, Gray went on to become a research fellow in the Department of Health Policy and Management at the Harvard School of Public Health. In 2011, Gray became a residential lab fellow at the Edmond J. Safra Centre for Ethics, also at Harvard. Now, while he is still a network fellow for Harvard, Gray has been an assistant professor of sociology here at UVic since July of last year.

Gray occasionally uses TED talks in the classroom as they allow the public and students to easily access a topic that is not yet fully explored. “TED Talks allow you to spread an idea early,” he said. “So even though I’m working on something and writing, it allows me to share some of the ideas while I’m doing that, rather than just holding onto the ideas and waiting a couple of years until you get a book.”

Gray currently teaches a course on regulations and social control, as well as one on qualitative research methods. Next year, he will be also be teaching a course on white-collar crime and professional ethics.

“At the end of the day,” Gray said, “whether you’re a student or a professor or a person in the general public, we’re consuming knowledge that’s put out there. We’re all affected by that knowledge, so we want to make sure that it’s as independent as possible and that it was done with integrity.”