In Spring 2017, the UVSS Board of Directors voted to move their Studentcare Health and Dental plan to a new health plan—B.C. Fair Pharmacare. The shift came with a decrease in coverage for dental, vision, and mental health prescriptions.

To let students know their medications may not be covered by the new plan, Studentcare, a third-party company contracted by the UVSS to manage its students’ health plan, sent out an e-mail to everyone enrolled in the Studentcare health plan.

The subject line of that email?

“Register for Pharmacare for a chance to win a $50 Visa gift card.” 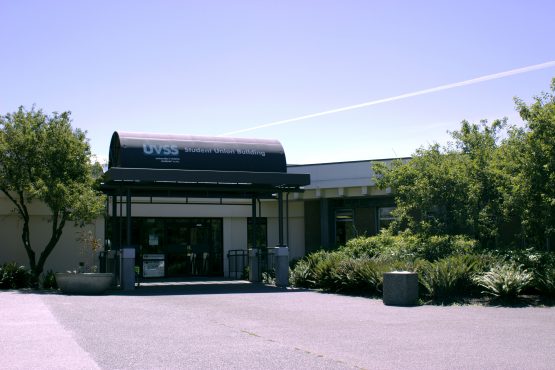 A photo of the Student Union Building. Photo by the Martlet

Unsurprisingly, this e-mail went unread by most students; some of whom are only now realizing that necessary prescriptions are no longer covered.

The decision to change health plans was not by choice, says Mackenzie Cumberland, director of finance and operations of the UVSS. She reports that premiums skyrocketed due to a significant increase in usage of the Health and Dental Plan in the 2016/2017 year. Suddenly, the UVSS was not able to afford their previous plan. Now, students are still paying the same amount for their Health and Dental Plans despite being offered less in benefits ($288 per year).

“Our hands were tied,” Cumberland says.

So what exactly has changed with the adoption of the new B.C. Fair Pharmacare plan? For one, there has been a decrease in vision and dental coverage. UVic students were previously covered for up to $850 dollars for dental and that has lowered to $750, along with a change from $125 to $100 for vision coverage. As far as prescription coverage, 80 per cent of prescriptions costs are still covered. There has been a significant decrease in which drugs are eligible for coverage, however.

This may not seem like a drastic change, but students across campus are being left without necessary medications. Aman Bhayani, a fourth-year computer science student, is one example of students being personally affected by the change.

“I went in to the pharmacy about a month ago with a refill that should have cost me ten dollars,” Bhayani says. “When I went to check out, I was charged $100.”

Bhayani read the notice sent out in July and was aware of the changes, but didn’t realize he’d be impacted so drastically. Bhayani made attempts to contact the UVSS but feels his concerns were not met with meaningful responses.

Perhaps on the farthest end of a spectrum of disrupted students is Lilia Zaharieva. Zaharieva has cystic fibrosis, a fatal genetic disease which has caused a severe decrease in her lung function. For the past year, she has been taking Orkambi—a drug costing $250,000 per year that has drastically improved both her quality of life and her life expectancy.

“I was reborn,” Zaharieva says, recounting first feeling the effects of the drug. She started taking Orkambi in October 2016. “The best part of [Orkambi] was dreaming of a future. The hardest part was having the courage. You’re like a caged bird. The door opens and you think, ‘dare I go outside?’

“I never expected to have that door slammed shut.”

When Zaharieva received the e-mail from Studentcare boasting the chance to win a $50 Visa gift card, she deleted it. It didn’t strike her as a notification that her coverage of Orkambi was about to be terminated. Because of this, she wasn’t aware that her coverage ended in late August. At that point, she only had eight business-days left of the life-saving drug. As an act of kindness, the UVSS paid for another month’s worth of Orkambi for Zaharieva (“It gave me time,” she says).

Going forward, however, she has had no choice but to hope B.C. will cover the drug under their provincial coverage — something they have declined to do in the past. Zaharevia has re-focussed her efforts from the UVSS towards the provincial government, putting pressure on Health Minister Adrian Dix.

Zaharieva tells me that she is not going down without a fight, and will continue to put pressure on politicians, the manufacturers of the drug, and anyone else who will listen. Zaharieva is putting out a call to action for the UVic student body — on Tuesday, Oct. 3, there will be a table outside the McPherson Library collecting petition signatures and prompting students to take part in a letter-writing campaign to Adrian Dix, requesting that the province include Orkambi in its coverage plans.

As for other students left without coverage, options are limited. Cumberland suggests searching for generic versions of previous medications that will not be covered in the new formulary. There is a $1000 exception for drugs that are not covered, but in order to access this, students must submit a drug exception request to Studentcare and run the risk of being denied. The UVSS plans to hold a referendum in the spring of 2018 offering students the chance to vote on whether they would like to increase the Health and Dental plan fee in exchange for better benefits.

Until then, students like Bhayani and Zaharieva are forced to jump through bureaucratic hoops or simply go without.

To support Lilia Zaharieva, visit the McPherson Library on Tuesday or check out an online petition here.

CORRECTION (Oct. 4, 2017): An earlier version of this story claimed the UVSS emailed students with the “$50 Visa Gift Card” subject line. That was incorrect. Rather, it was Studentcare who sent the email. We sincerely regret this error.