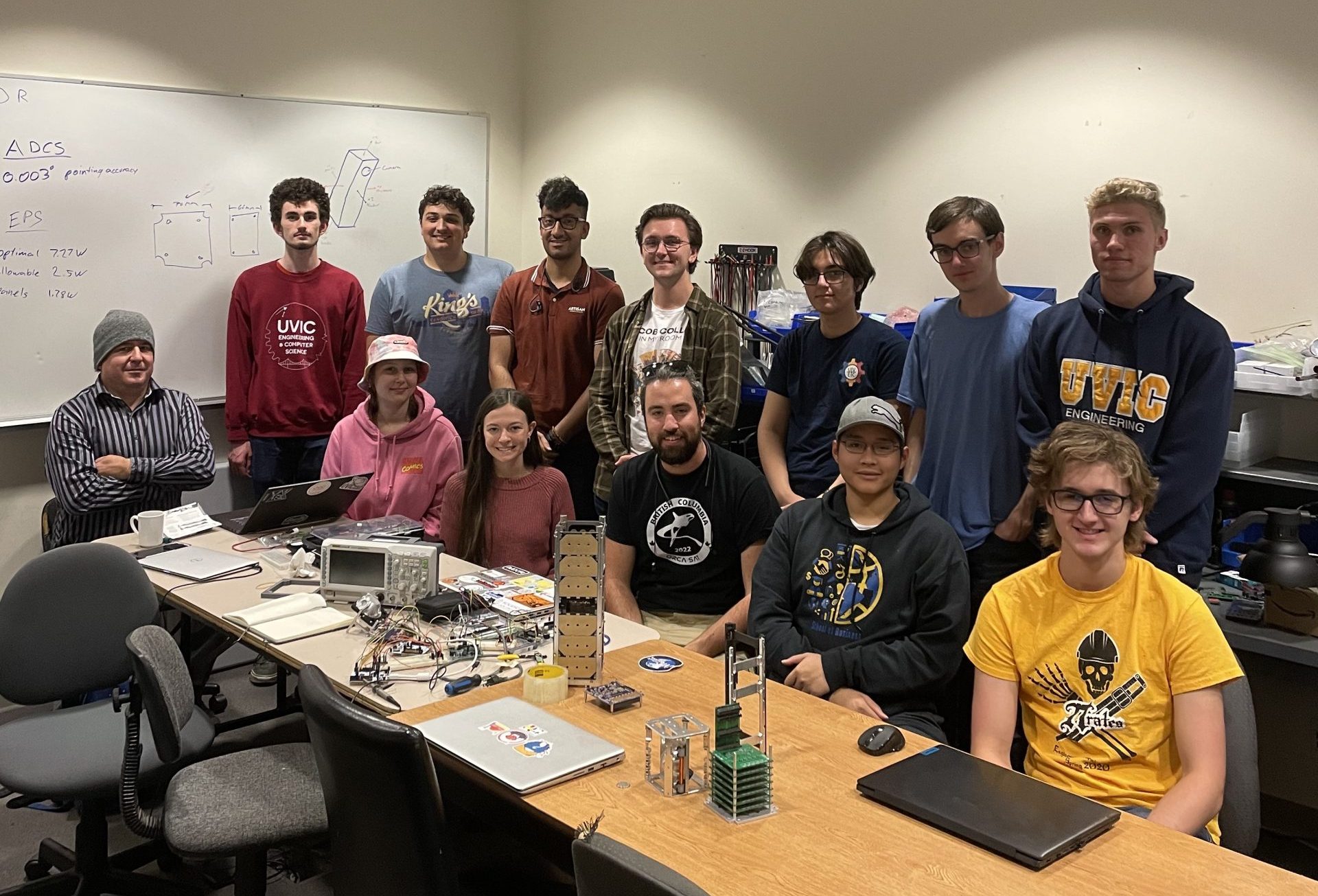 The UVic Satellite Design (UVSD) team is setting its sights on space this November with the launch of their Optical Reference Calibration Satellite (ORCASat) mission.

The UVSD team is made up of students whose mission is to create an engaging and accepting space for other students to learn about the steps it takes to send something into space. Their latest project, ORCASat, is going to do just that.

According to the UVSD team, the ORCASat is an advanced engineering solution that will make distinguishing and tracking asteroids and space debris easier and more precise. Understandably, many of the UVSD team members are very excited about future applications for this technology.

“If [an asteroid were] actually coming to Earth, our telescopes could see it coming that much quicker,” said Stewart Lusk, the team’s outreach manager. “So hopefully there’s some good applications for all of humanity.”

According to the team’s website, the ORCASat’s unique laser light-based calibration technology sets a globally unprecedented standard of accuracy when it comes to correcting for the distortions that incoming cosmic light signals undergo as a result of their interactions with the Earth’s atmosphere and with the optical material of the ground-based telescopes that detect them. The greater the accuracy of correction, the more confident they can be about the position of objects in space.

ORCASat is on track to be launched from the Kennedy Space Center in Florida, in conjunction with SpaceX CRS-26, which is the Center’s crew resupply mission for the International Space Station (ISS).

The space launch of the satellite is planned to take place on Nov. 18, 2022, although the date is subject to change depending on the weather.

Once on the ISS, ORCASat will be sent into orbit through the Nanoracks Bishop Airlock, which is a gateway for commercial clients to move satellites and payloads in and out of space through the ISS.

Biarki Weeks, the team’s technical lead, says, “Once it gets launched, once it’s in orbit, … we’re going to be pointing our very large antenna at it and trying to talk to it.”

After the launch, the group plans on doing a display event at the ground station of the Engineering Lab Wing building so those at UVic can see the satellite in orbit, hopefully at a time when it is overhead the university.

“It’s cutting-edge tech; it’s really innovative,” said Lusk. “We’re looking to find partners in industry and government … it would be great to make the world a better place.”

Even as a technology- and engineering-centred club, the UVSD team continues to look for partners across campus. The group is hopeful in attracting students from all fields to the cause, and welcomes all who are interested in their work and who want to get involved.

“I joined [the team] because I always had an interest in space and wanted to get some hands-on experience designing space hardware,” said Weeks. “There’s a lot of difficulties that come intrinsically with working in a high radiation, low atmosphere environment … I was interested in the problems and working with a team to help solve them.”

Other members of the team had also joined out of pure curiosity and in hopes of gaining competencies in the field.

“I wanted to join a team just for experience, and I figured, Why not satellites?” said Sam Jasper, UVSD project manager.

“What we do is definitely tech-driven … but we would like to reach out to other parts of campus,” said Lusk. “The more people that are involved, the better.”