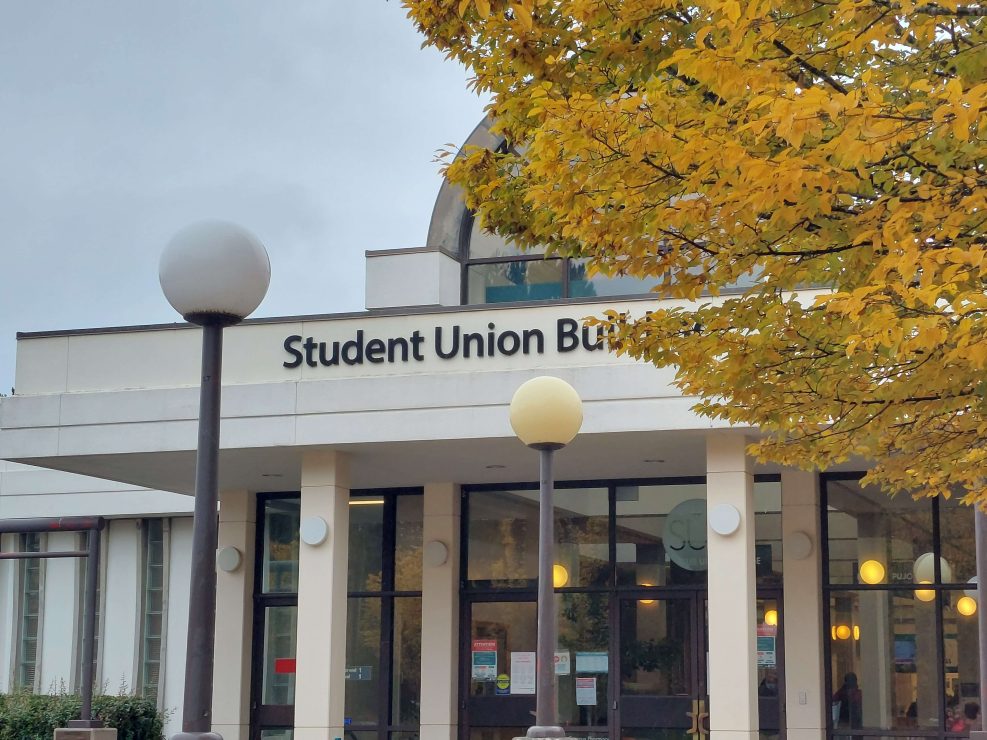 This year’s UVSS AGM held on Oct. 27 was comparatively less exciting than last year’s. The night started with James Coccola being ratified by the Board of Directors (BoD) as the Chair for the meeting, followed by the adoption of the agenda and ensuring that quorum, set at 113 members, was met.

The AGM held quorum throughout, beginning with 191 participants, falling to 181 at during the second motion, before hovering just above 170 for the third motion and financial motions. The motions on the agenda were: Changing the 10 per cent of student membership requirement to pose referenda, adding a manager to the list of signing authorities, and updating language in the bylaws.

This motion was put forward by Izzy Adachi, the director of campaigns and community relations. Previously, a student wishing to propose referenda to the UVSS BoD would need 10 per cent of the roughly 20 000 UVic student membership.

Adachi proposed to lower that number by 75 per cent, to just 500 signatories, stating that the bar was too high for students.

This motion passed with an 87 per cent vote in favour. Now, any student may bring a referendum item to a UVSS meeting between September and April, as long as they have 500 signatures from the student body membership.

Proposed by Ton Tran, director of outreach and university relations, this motion was merely a formality. The job description for the new Administration and Services Manager had included signing authority in the responsibilities for the role, so this motion would just ensure that it is actually in the bylaws and formally adopted.

The motion passed with 83 per cent of participants in favour.

The third special resolution, also proposed by Tran, was to update the language and bylaws to include both subsidiary organizations and professional development unions (PDUs) under the term of Faculty Student Societies (FSS). The motion was passed with 82% voting in favour of changing the previous wording and reordering the bylaws to reflect the change. Tran emphasized that this has no bearing on the funds that were allocated to these societies, nor their operation.

The new Director of Finance and Operations, Lane O’Hara Cooke went over the financial motions. The UVSS broke down the different eating options in the SUB, showing the differences between the Main Kitchen, the International Grill, Munchie Bar, and others.

The International Grill and Bean There were successful, in large part to the construction workers getting coffee and lunch there daily. Many of the other services, such as SUBtext, Zap Copy, and Cinecenta were in the red, in large part due to the impact of COVID.

The budget has been based on the prediction of a resurgence from these businesses, and the UVSS has reapplied for the $50 000 grant they received last year to benefit Cinecenta. There is also an emphasis on improving the financial support of the Food Bank and Free Store, which benefits those in need.

The audit and budget are normally voted on separately as they are unique motions from each other, but Cooke’s proposal to begin voting for adoption together was agreed upon. Thus, the 2021/22 Audit and 2022/2023 Budget passed with 88 per cent voting in favour.

Many representatives and directors got the chance to speak on issues and events that they worked on. Some of the major developments and events include Adachi advocating for UVic and the B.C. government to house 30 per cent of full-time students, as well as food security, and DOMing (Democracy, Operations and Modernity) in the SUB.

Amber Powell, the director of events, noted some upcoming events for students such as shuttles to the ferry that happened on Nov. 8 and puppy playtime happening on Dec. 2.

The directness of this year’s UVSS AGM was in stark contrast to last year’s meeting, where a restructuring referendum was proposed at the last minute and then adopted. The UVSS BoD at the time later rejected it because the referendum went against the bylaws.

The UVSS will be restructured this year after that same referendum was adopted at the Semi-Annual General Meeting last spring. This upcoming election will see the number of Director-at-Large positions shrunk from 11 to two, and students from each faculty will elect a faculty representative to the BoD.

With the new structure set to be instituted in 2023, this AGM may have been more fluid.This year’s AGM was successful in giving students more ability to participate in and effect change through proposing referenda.