Initiative intends to help add townhouses and houseplexes to Victoria 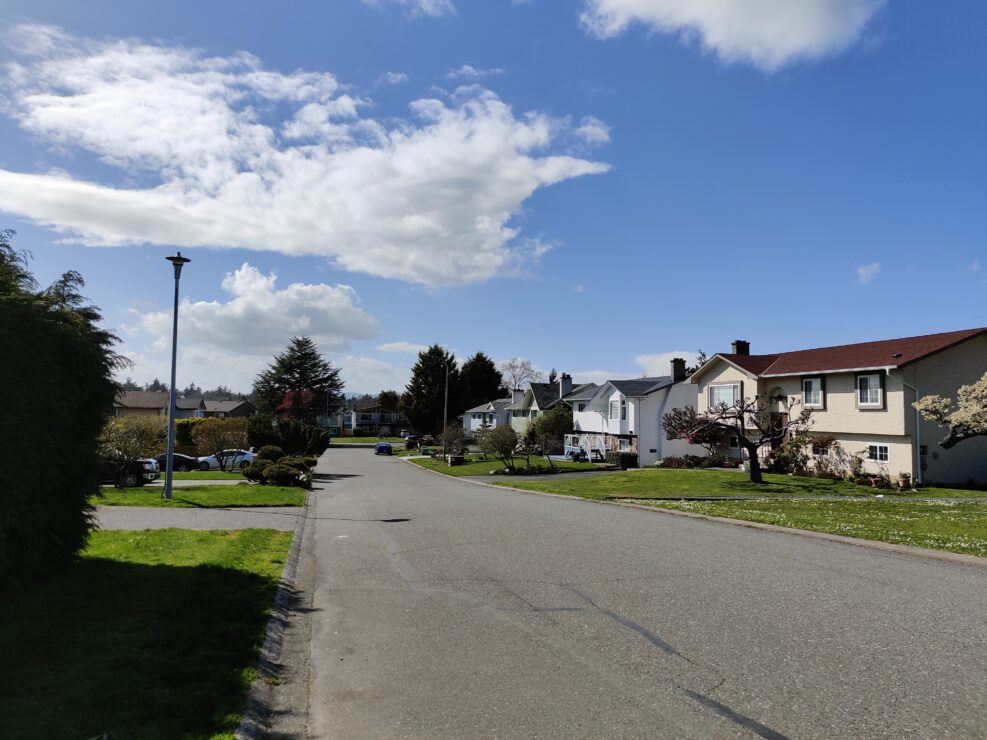 On Aug. 4, the City of Victoria held a public hearing which gave residents a chance to voice their opinions on the contentious Missing Middle Housing Initiative. Among those who spoke in favour of the initiative was Izzy Adachi, the UVSS director of campaigns and community relations.

The Missing Middle Housing Initiative proposes a group of bylaw amendments that would allow houseplexes and townhouses to be built in residential areas of the city where zoning laws currently only allow single-family homes. Only five per cent of new housing construction in Victoria is considered middle housing, meaning the other 95 per cent is apartments, condos, and detached family houses.

“Any time you can create more housing on the same amount of space, that’s always a good thing in terms of the environment,” said Adachi, in an interview with the Martlet.

Adachi, along with other UVic students, attended the Aug. 4 meeting as part of the Rent with Rights campaign, which advocates for affordable and accessible housing for UVic students.

“I think that often with these meetings it’s a very specific demographic of people that attend … There is not a lot of space in the conversation for those who are precariously housed or who are renters,” said Adachi. “We’ve been trying to go and speak on behalf of the members of our community who are dealing with this housing crisis head-on.”

Adachi believes that while the majority of students are not homeowners, the initiative has the potential to directly impact students. Not only does she argue for the importance of increasing the supply of housing near campus to prevent long commutes for students, but also that the initiative would help to increase the overall rental vacancy rate in Greater Victoria. She says this would benefit students who struggle to find housing each September.

The hearing consisted of speakers who attended in person and others who called in from home to share their feelings about the initiative.

Many residents who are against the initiative shared concern that the proposed changes have not been fully thought through and that there has been inadequate public engagement.

An online petition that calls on the city council to postpone the decision currently has over 1 000 signatures. “Flawed and incomplete,” reads one of its ten cited reasons the initiative should be held off. Other reasons include that affordability and protection for existing renters are not built into the initiative. The petition also states that the initiative “requires integration with broader municipal and provincial policies for housing, renter protections, transportation, and infrastructure.”

Speakers at the Aug. 4 meeting echoed these concerns about the possible consequences of the initiative in its current state.

Adachi believes that, while the initiative isn’t perfect and more needs to be done for housing affordability, it is still a step in the right direction.

“It’s very clear based on the data that we need a drastic increase in supply in order to achieve housing affordability,” said Adachi

According to Adachi, the policy will also help prevent urban sprawl.

“Housing has to be built somewhere,” said Adachi. “It either gets built in the city, or it gets built by clearcutting parts of Langford, and I would much rather it be built where we’ve developed already.”

Before speaking at the meeting, Adachi did not predict the backlash she would later receive. For days after, Adachi received criticism on Twitter for what they said at the meeting, and in particular for using a swear word in her speech. However, she said this criticism is not going to stop her from continuing to be vocal about the initiative.

“There’s been a considerable amount of backlash, but there’s also been a much stronger wave of support,” Adachi said.

The public hearing will continue on Sept. 1, giving anyone who was not able to speak at the previous meeting a chance to do so. Adachi and others involved in the Rent with Rights campaign will be in attendance.

“[Housing is] probably going to be my number one priority over the next year,” said Adachi. “I think that that’s the biggest urgent issue that people are facing.”

The team also plans on continuing to advocate for affordable housing in other areas of Greater Victoria.

“Housing is a human right, and it’s not being provided in safe and stable ways, and it’s completely unaffordable,” said Adachi.

“What are young people supposed to do in this situation other than resist?”