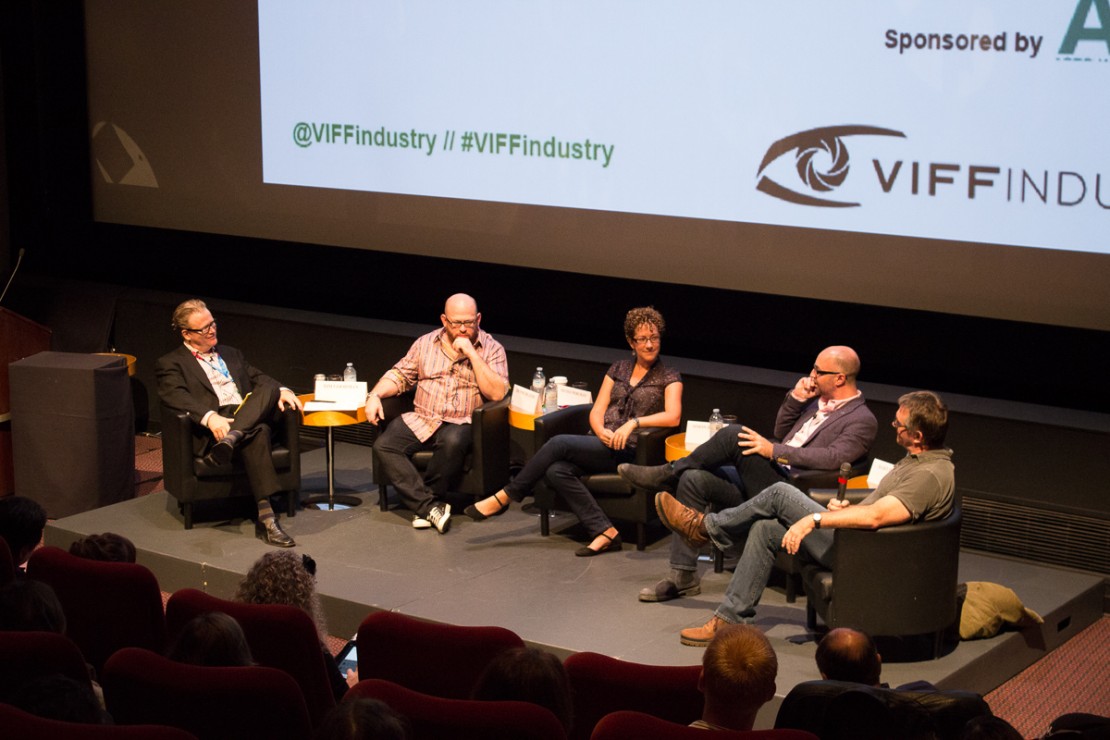 Living on the island it’s easy to forget that Vancouver is a part of Hollywood North and is only a ferry ride away, but trying to get your foot in the door can seem daunting. With so many avenues to gain exposure, particularly with the YouTube and independent film industries booming, it’s hard to know where to start, particularly when it comes to funding.

With many independent filmmakers skipping traditional routes in favour of crowdfunding, the last day of the 29th annual Vancouver International Film Festival (VIFF) Industry Conference, dubbed “Totally Indie Day”, included crowdfunding workshops, panels, and networking. I decided to make the trip to learn from those who have done it before and meet those who were trying to make it in the industry.

I sat and listened to Jay Duplass, director of Jeff, Who Lives at Home and The Puffy Chair, discuss how his philosophies changed since he started his career. He explained how, when he was younger, he and his brother Mark tried to copy the Coen brothers’ style, but to no avail. Then one day he wrote a personal short film called This is John, in which a man unsuccessfully attempts to change the greeting on his answering machine, leading to an emotional breakdown. This short film was well received at Sundance Film Festival in 2003 and encouraged him to create more personal movies in his own style.

“The best thing [you can create] is the thing that just falls out of you,” said Duplass. He stressed to fellow filmmakers to not get stuck in their head, and instead to “make movies, not meetings.”

Emily Best, founder of Seed&Spark (a funding and distribution platform for filmmakers) held a workshop on the importance of crowdfunding and online networking. “It’s not about getting your film made,” said Best. “It’s about getting it seen.”

Seed&Spark was created specifically to help filmmakers build an audience while allowing them to keep 80 per cent of the streaming revenue from the website’s rental format ($2.99 for a feature, $0.99 for a short), and 95 per cent of crowdfunding revenue. Sponsors are also able to help pay for the film’s website fees that would allow the filmmakers to potentially receive 100 per cent of their funding back. Seed&Spark calls this model “Free Trade Filmmaking”, which lifts the veil between the filmmaker and potential distributors.

Best also stressed the personal relationship between filmmaker and audience the internet has allowed to develop, as it can create career-lasting relationships down the road. Best offered ways to uphold that relationship with offering potential audiences FOMO (Fear of Missing Out). “Offer, don’t plead [to your audience],” said Best.

Following the seminars were two panels featuring Guardians of the Galaxy screenwriter Nicole Perlman, Bones creator Hart Hanson, and many others connected to the film and television industry. Although the panels didn’t offer many tips on how to get into the industry, they made me realize these writers and creators are people too; they get tired, inspired and frustrated. Just like all creative people, they want to produce good work while making a living.

Following the seminars and panels was an industry mixer that offered those who attended the sessions time to meet and exchange business cards. Interacting with other creatives who were trying to make it in the industry was inspiring and helped put the wind back in my sails. It reminded me that those who want create great works aren’t my competition—they are my potential networks and allies. Totally Indie Day changed my perspective on filmmaking from something daunting and unobtainable to something that takes a village to create, whether those people are other creatives, or simply an audience that is excited about your work and willing to send a few dollars your way.