Vancouver International Film Festival is back with a vengeance 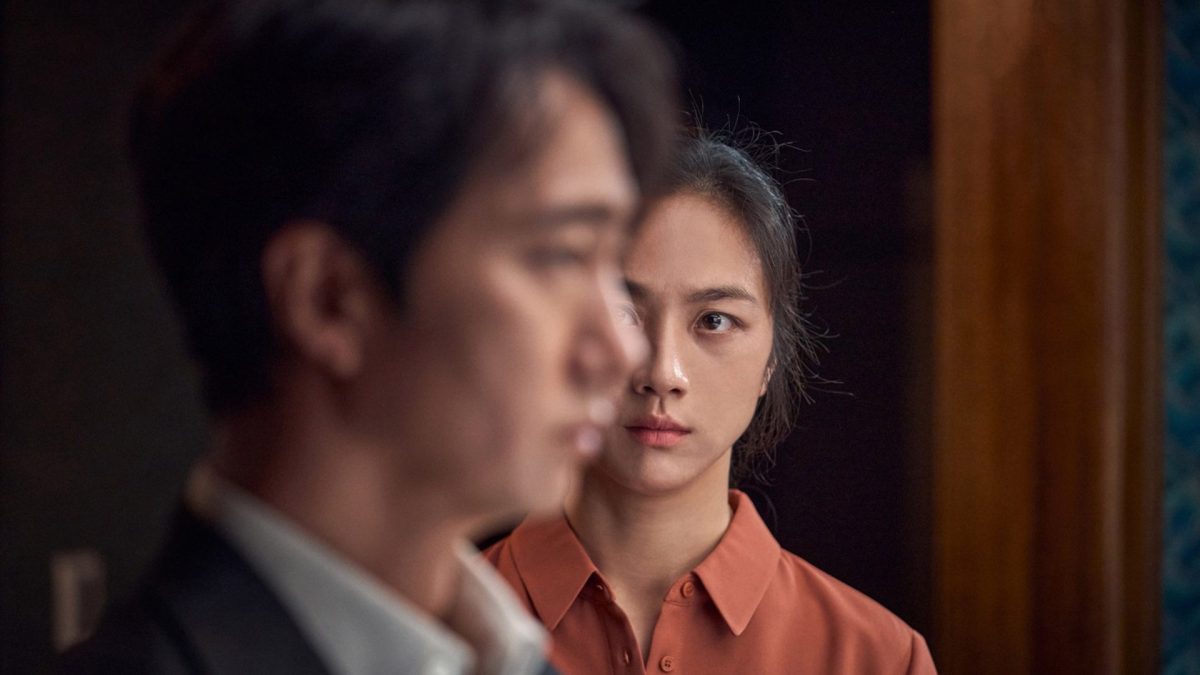 For the first time since fall 2019, the Vancouver International Film Festival (VIFF) opened its doors to the public with open arms.

Whereas VIFF relied on online curation during the height of COVID-19 Pandemic, only a few dozen of the festival’s 250+ film line-up were offered online this year via their streaming service: VIFF Connect.

Between a comfortable combination of in-person screenings and online streaming I was able to discover several outstanding films at VIFF 2022. Here’s five that I believe are well-worth the price of admission.

Be sure to catch their upcoming wide-releases at local cinemas near you.

The Dardenne’s latest neo-realist masterpiece is visual sobriety for all privileged to see.

The brothers have put forth what might be their most personal work depicting the day-to-day lives of two West-African refugee siblings attempting to gain sanctuary in Belgium. Lokita, teenager and de facto guardian of her eleven-year-old brother Tori, must persist as the primary breadwinner for both Tori and her extended family abroad. The increasing uncertainty and time-pressure of their asylum application is mirrored by the toxic stress of Lokita’s daily life.

Tori and Lokita is a drama made by and about unshakable sibling dynamics. The Dardennes are quick to showcase the intelligence, ingenuity, and resilience of the young protagonists. The film dissects western society’s terrifying tendency to punish the vulnerable rather than assist them, as well as examines how the victimized are socially disabled while those in power remain untroubled and, in many cases, emboldened by a lack of consequence. This equation spells out disastrous results, generating a conclusion as blunt as it is relevant.

No screen time is wasted in Tori and Lokita’s 88-minute runtime, making it one of VIFF 2022’s biggest stand-outs. 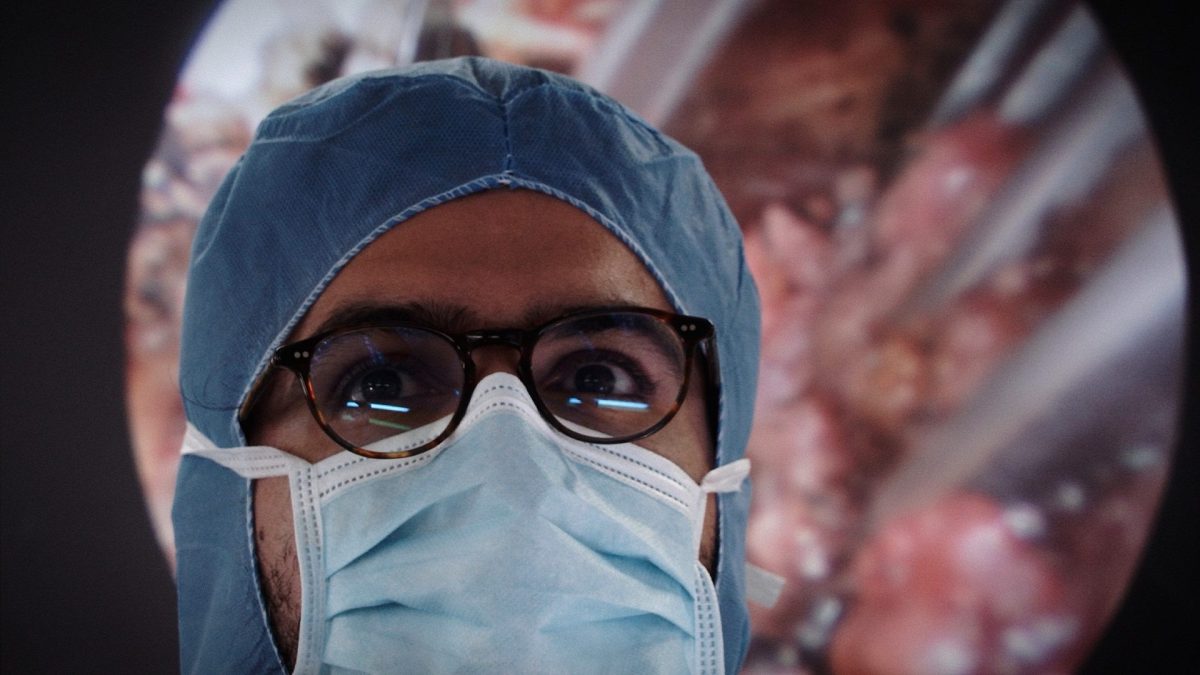 Anthropologists, documentarians, and Harvard educators Lucien Castaing-Taylor and Véréna Paravel deliver a surgical analysis of the human body as never before seen on film.

Shot in several different hospitals throughout Paris, some of modern medicine’s most advanced technology and operating procedures are curated without censorship. Castaing-Taylor and Paravel are quick to mislead their audiences; each of the film’s vignettes typically do not reveal their true and often gruesome forms until minutes into each operation.

Viewers will likely discover whether the film is to their taste within minutes of being submerged in the literal viscera of the movie. However, those who remain in the audience will likely be swayed by the fascinating intricacies of the procedures in addition to the casual and deeply humorous demeanors of the physicians who conduct them. Horror turns to marvel as viewers realize the gore exhibited is the masonry of life.The lives saved on screen almost grant the clinical violence an air of beauty by the film’s finale.

Biblical nods are constant throughout the film. The reconstructing of a spine from the shape of an “S” to a straight line seems not too far from a miracle. And, to patients and their families, the life-saving abilities of the surgeons place them squarely in the role of God.

While filming miracles in skill and result, the directors are careful not to omit some of the more unethical conduct of hospital personnel. At one point, an employee is heard over the radio encouraging his staff to throw an unconscious man into the streets.

The film includes laparoscopic, scialytic, and miniature body-camera cinematography. The result is a hybrid of observational documentary and detailed educational medical procedures. De Humani Corporis Fabrica does much to identify cinematic technology’s ubiquitous usage in modern medical science, and by extension the medium’s role in saving lives.

We follow insomniac Gumshoe Hae-jun as he leaps from solving one murder to the next while dodging his own loveless marriage. His frenetic pace is only halted when he is summoned to Busan to investigate the mysterious death of a mountain climber and tasked with determining the innocence or guilt of his widow, Seo-rae, a Chinese refugee living under asylum in South Korea. What follows is a highly-charged romance between detective and suspect. Both characters indecisively teeter between their personal prerogatives and the emotional gravity pulling them towards each other.

The disparity in power between the police officer and the potential murderer is continuously reversed, destroyed, and reconstructed throughout the film, making it unclear who holds the power in Hae-jun and Seo-rae’s relationship.

Decision to Leave treats boredom as a cardinal sin. The film’s diegetic and temporal realities are continuously demonstrated with fluid editing, carefully shot compositions, dramatic locations, and a multilingual screenplay. The film’s soundtrack is as neurotic as its characters. Hypochondria, vertigo, and addiction are among the disorders depicted, and these complicate the narrative as two damaged lives merge into one hectic, sensorial mystery.

By the time the credits roll, we are left to weigh the positives and negatives the lead characters have had on one another. Whatever conclusion we draw, the viewer has experienced a technically masterful cinematic romance that is both tragic and comic.

The film’s seven-and-a-half-minute opening sequence showcases Tagaq and her unnamed singing partner collaborating in such harmony their voices can hardly be distinguished. Ever Deadly is almost equally divided into live concert performance and contemporary interviews with Tagaq herself. Her efforts to revitalize throat singing traditions take the form of contemporary interpretation as she infuses psychedelic, folk, and heavy metal stylization with traditional Inuit vocal techniques.

Tagaq’s performance is multifaceted and invokes many personas. Whereas traditional throat singing is conducted between the shared breathing of two vocalists, Tagaq’s microphone is her only onstage partner for the vast majority of Ever Deadly. Together with her alternative choir and orchestra, her music has a ritual effect. Epiphany, euphoria, seance, birth, sexual abuse, and other intimate experiences are all enacted via Tagaq’s performance and narrated poetry. Her voice channels hypnosis with talent that words cannot do justice.

The directing duo are careful to submerge their film in the wildlife and geography of Tagaq’s home regions. Debunking Nunavut’s stereotype as an Arctic wasteland, it is shown to be a world’s edge with much bountiful. Between breathtaking nature and the warmth of her family, we can see where much of Tagaq’s inspiration is found.

Ever Deadly is a deeply personal documentation of Tagaq’s art and philosophy. Examining a single character within a national identity, McMullan and Tagaq have perhaps crafted the best Canadian film featured in VIFF’s 2022 roster.

Cristian Mungiu’s alternative Christmas tale is a microcosm of our developed world amidst a crisis of displacement.

R.M.N., the Romanian acronym for Nuclear Magnetic Resonance, examines the actions of an isolated Transylvanian village when foreign employees are hired at the community’s local baked goods factory. Matthias, our stoic anti-hero, returns home from a failed employment venture in Germany. His young son Rudi remains unspeaking since witnessing an unknown traumatic event in the forest behind their family’s property. And Matthias’s failed marriage and failing partnership with Csilla, the factory’s manager, leaves him idle amidst a world rejecting him at every turn.

The arrival of the foreign laborers results in an explosively xenophobic reaction from most of the ansamble cast. The dormant nationalism and white-supremacy underpinning the village become increasingly inflamed as the laborers refuse to leave, reaching near-farcical proportions. Like in his prior work, Mungiu is keen to find what is surreal within the hyper-realistic. Romanian holiday traditions nod to man’s connection (or regression) to beasts.

The film’s title suggests an irregularity in the community’s political make-up. As an audience, we must determine whether there is any chance for improvement, or if the community will become even more malignant. R.M.N. is a character, family, and community drama — both allegorical and domestic. Mungiu’s multi-layered narrative is yet another highlight of VIFF’s line-up which asks us to consider what changes are necessary as our future looks more disquieting with each day.