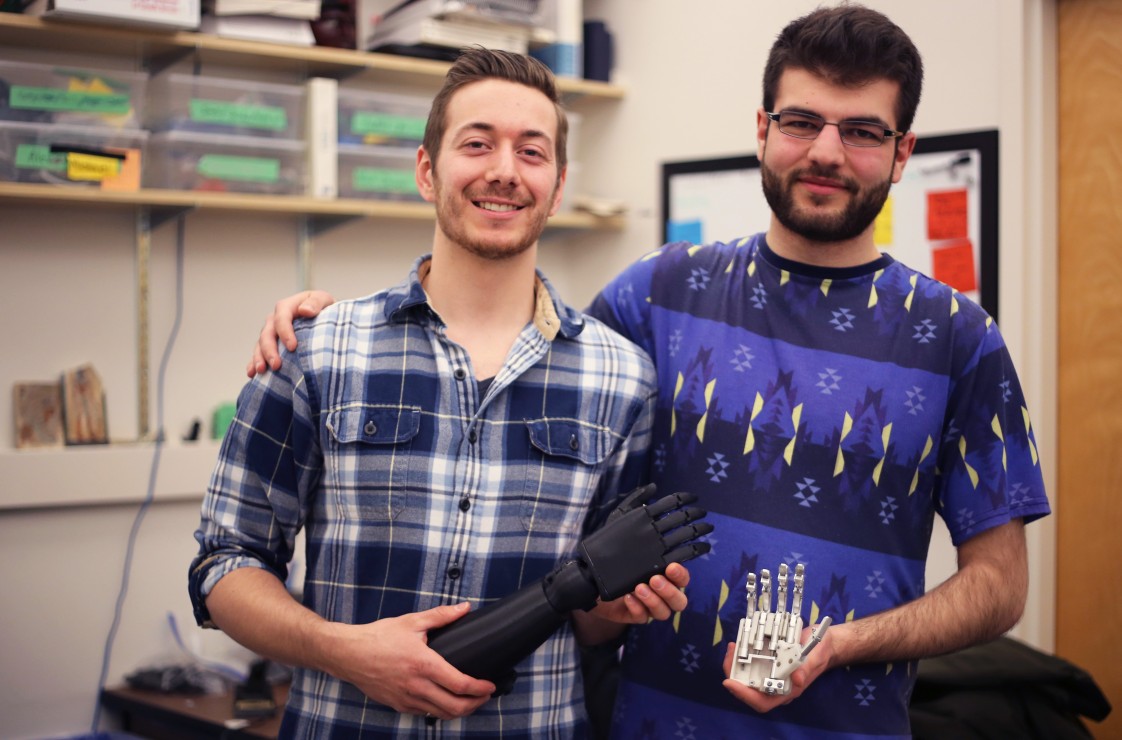 Victoria Hand Project staff Michael Peirone and Sina Valizadeh pose with various prosthetic models. The VHP is up for a significant grant from Google. Photo by Belle White, Photo Editor

A UVic-based engineering initiative that 3D-prints hands for amputees in developing nations is in the running for a Google-funded prize worth half a million dollars.

The Victoria Hand Project (VHP), run out of UVic’s Engineering Lab building, is in the running to receive $500 000 from Google as part of a competition titled “Google’s Impact Challenge.” The VHP is one of ten projects up for the prize, with each utilizing cutting-edge technology in a philanthropic way. The ten projects were selected from over 900 applicants across the country.

“It’s pretty amazing to be part of,” says Michael Peirone, a UVic graduate involved with the VHP. “Since I’ve been part of the project for so long, you kind of forget about how amazing the technology is, but when you step back and you look at the people you’re helping, it’s pretty great.”

The ten projects have already received $250 000, and five projects will win an additional half-million. One  winner of the full $750 000 grant will be the project that recieves the most public votes. A panel of judges — including NHL defenseman PK Subban — will select four more organizations to also receive the full amount.

Voting runs until March 30, when the VHP will find out if they made the cut for the additional half-a-million dollars. If they do, they’ll be able to extend their operations to five new countries and provide free prosthetics for 750 amputees.

The VHP, run by Dr. Nikolai Dechev, an associate professor at UVic, is largely staffed by UVic engineering students — some paid, some volunteers — and is now being considered among the most ground-breaking technological organizations in the country.

Students involved in the project begin by designing the hand, using computer software to optimize the design Dechev pioneered in the 90s. In another continent, the receiver of the prosthetic has his amputated limb cast in plaster — those measurements are combined with the original designs and the recipient has a one-of-a-kind limb that is created and delivered from their home country. 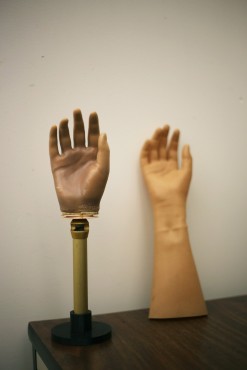 Various hand models that VHP uses to improve upon the design of their prosthetics. 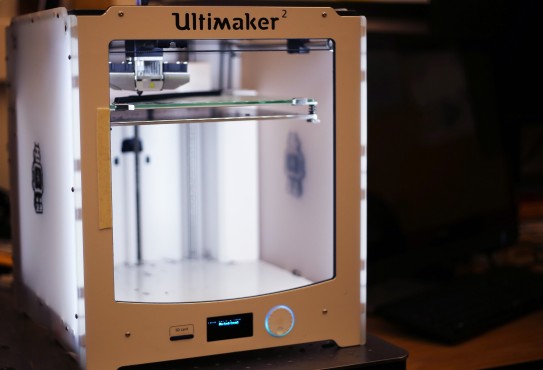 This 3D printer is used to print the prosthetics.

For Peirone, a recent graduate of UVic’s new biomedical engineering program, it’s a far cry from when he first started working with the project despite being unfamiliar with all of the equipment.

“It was pretty amazing,” says Peirone. “Never seeing a 3D printer before, never really knowing about this technology, [and] seeing all this cutting-edge technology working and to help people in some of the poorest areas of the world — that’s pretty amazing.”

Dechev constructed his first hand as part of a Master’s degree at the University of Toronto. Back then, the all-metal hand cost over $10 000 to make. Now, as of 2014, the materials needed for a 3D-printed hand can cost as little as $100.

It was back in 2014 that Peirone started working with Dechev in the lab, designing and printing the hands. Since then, he has travelled to Nepal and Ecuador to personally deliver prosthetics to their grateful recipients.

“I remember the guy,” Peirone says, thinking back to his trip to Nepal, the first time he’d personally seen one of the hands being fit. “[He had] lost his arms 20 years ago, and never had a hand . . . He was just like all smiles,” he says. “We were getting pictures of him and he was posing for the camera, showing it off. It’s pretty amazing to see.”

If they win the additional $500 000, Peirone says the VHP can provide new prosthetics, free of charge, for 750 amputees. Additionally, VHP would be able to implement and develop 3D printing centres in five new countries while also upgrading their existing print centres in Guatemala, Ecuador, Haiti, Nepal, Cambodia, and Egypt . Developing and upgrading these centres would provide easy access for any recipients requiring prosthetic maintenance while simultaneously creating local jobs.

Sina Valizadeh is an undergraduate student in the mechanical engineering program at UVic and a volunteer with the VHP. He says the marrying of engineering and philanthropy is incredibly important to him.

“That was one of main reasons I joined this project,” Valizadeh says, “so it’s always on my mind . . . I’ll always be doing helpful things. Things to help people.”

Peirone agrees that the tangible service the VHP provides is important.

“You go over to these countries and you see the conditions these people are living in,” Peirone says. “I feel like I should lend a hand.”

At the pun, Valizedah groans . While it may not be as important or life-changing as the primary services the VHP offers, there is an additional benefit to running an organization that provides prosthetics: the word play.

To vote for the Victoria Hand Project in Google’s Impact Challenge, go to impactchallenge.withgoogle.com/canada2017.