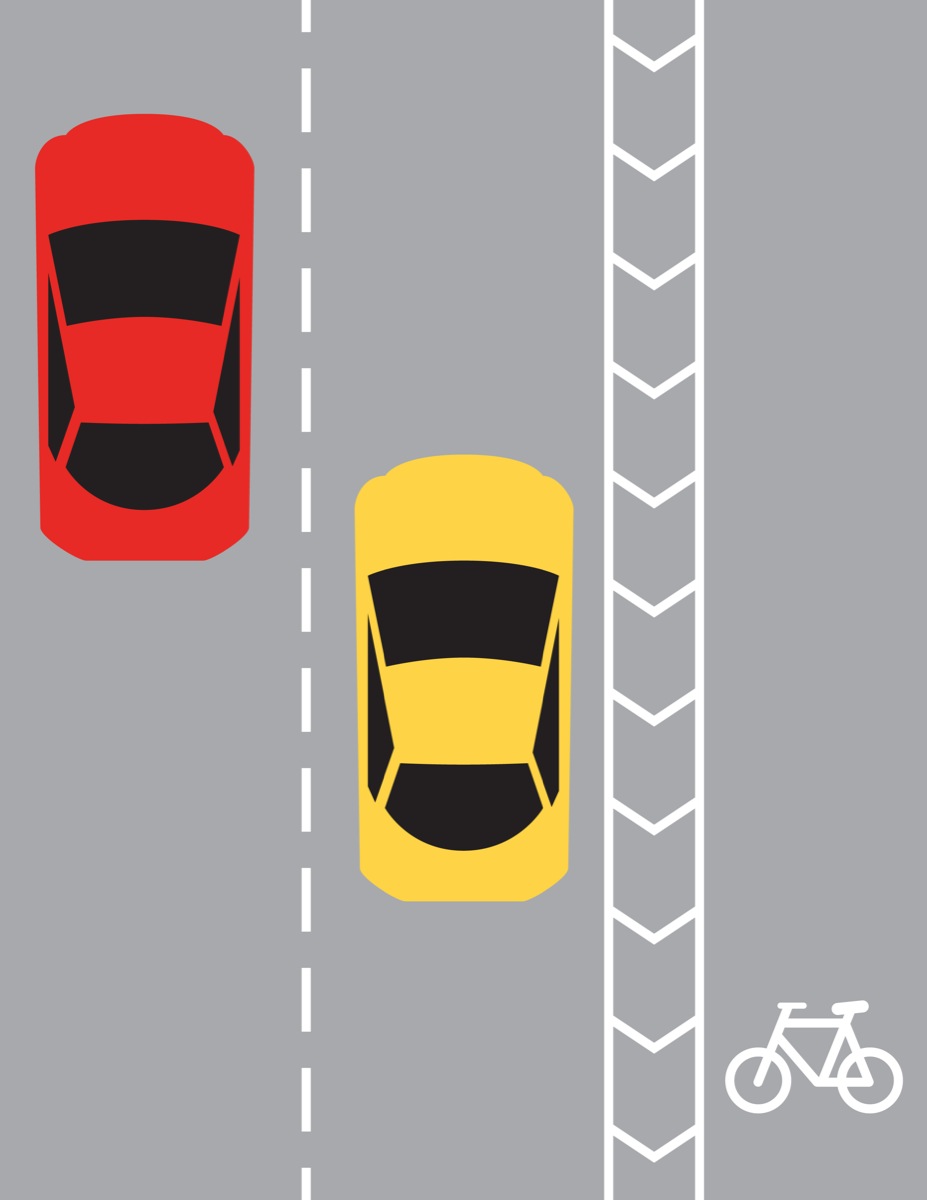 Penny Lloyd fears for her children’s safety on a daily basis as she bikes with them to school, navigating through the bustling streets of Government and Wharf. She cannot guarantee their safe passing in the unpredictability of heavy traffic, pedestrians, parked cars, and other cyclists. Her petition for buffered bike lanes aims to ensure a safe route to school for her two children, aged four and eight.

“A [standard] bike lane might serve the purpose for a grown-up adult, but for moms and children, biking a normal bike lane that is not separated doesn’t work,” Lloyd said. “Children waver on their bikes, they don’t bike in a straight line, and vehicles are unpredictable.”

There aren’t many buffered bike lanes in the city, and many streets don’t have bike lanes at all. Lloyd’s petition implores Victoria’s mayor, city councillors, and future municipal leaders to address the issue. “I’m hoping my petition reaches even non-cyclists, who might think about cycling, but don’t feel comfortable cycling in traffic,” she said.

“We should be innovative in Victoria. We can really capitalize on our natural resources—we’re right by the water,” she said. “If we created bike lanes in Victoria, it would be a huge draw for [the city].”

There is currently a five-year Bicycle Master Plan in place by the City of Victoria, including Wharf St. renovations, but Lloyd is looking to accelerate its progress. “It doesn’t sound like there’s [an] appetite to move on creating buffered or protected bike lanes in the short term,” she said. “For my children and I, that means five more years where we’re rolling the dice each day that we bike to school. So for me, five years doesn’t really work.”

Climate change plays a part in Lloyd’s petition, which hopes to reach those who are striving for a more sustainable city, and a way to attract tourists and new cyclists alike. “If we want to start thinking about climate change as a city, that’s where change happens—at the municipal level. We could make a huge difference in the [cycling] area,” she said.

Since creating the petition, Lloyd has received a positive response from the community. With over 250 supporters, halfway to her goal on Change.org, she is feeling “mildly hopeful,” she said. Lloyd has also been in contact with municipal leaders, who she says have been responsive, but have not yet provided a concrete commitment.

Among these leaders, Victoria City Council’s Ben Isitt has been communicating with Lloyd for the past few years. “I encouraged her to ramp up the pressure on city council by mobilizing support in the community—the petition is a reflection of that,” he said.

“The changes [at] city council haven’t been happening fast enough to my liking, so it’s very useful to have citizens push us to do more for acts of transportations,” he said.

If you would like to help support Penny Lloyd’s buffered bike lanes petition, visit
http://chn.ge/13hB3Gm.