Victoria Pride Parade returns to the city after two years 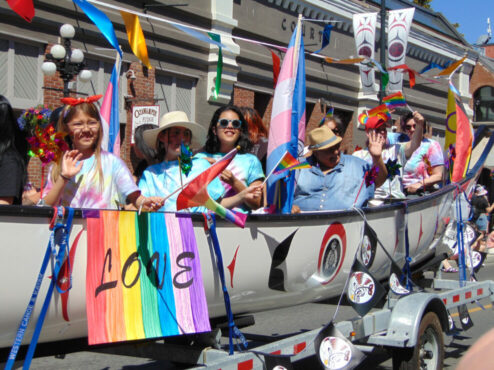 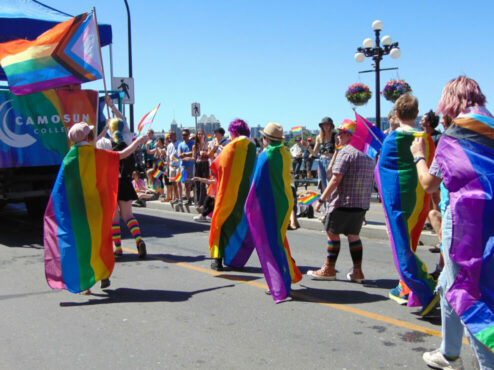 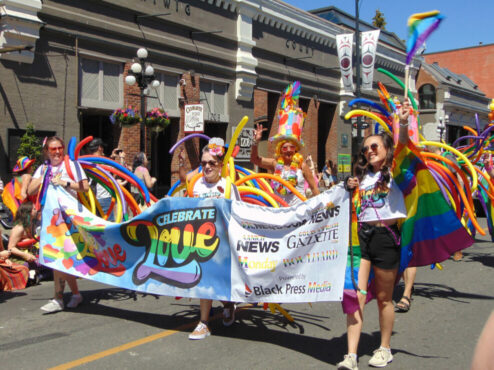 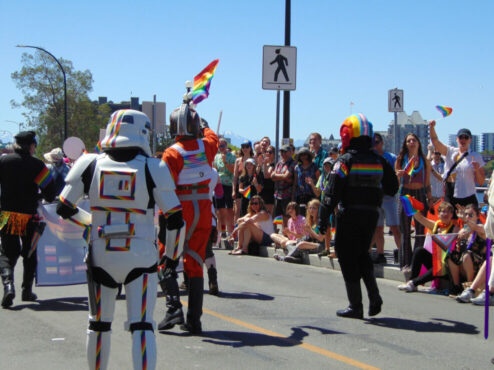 On June 26, the Victoria Pride Parade wound its way through downtown. Around 140 groups participated in this year’s parade, part of the first in-person Victoria Pride Festival since 2019. Among those who joined the celebration of Pride Month were UVic Pride and the Gender Empowerment Centre (GEM).

The two UVic advocacy groups teamed up to give students a chance to be in this year’s parade and celebrate with the LGBTQ2S+ community in Greater Victoria.

“It feels amazing to be able to connect with the larger Victoria community this year,” said Cristina Venturin, the outreach and communications coordinator for GEM.

“We are so excited to show our enthusiastic support for Victoria Pride, and re-introduce ourselves to the community as an organization that actively centres and supports gender and sexual minorities,” said Venturin in an email to the Martlet. She described the transition toward complete inclusivity that GEM, formerly known as the Women’s Centre, has undergone over the past few years.

The Coordinator for UVic Pride, Peter Underwood, also spoke to the Martlet before the parade.

“I thought joining the parade would be a fun thing for students to get involved with over the summer,” said Underwood. “It’s definitely the biggest queer event in town.”

UVic Pride and GEM chose to keep their section of the parade simple and accessible for anyone who wanted to participate.

“[We tried] to keep the parade light and casual and give students a space in the parade to be loud and proud about [LGBTQ2S+] culture, pride, and excellency,” said Underwood.

On June 1, UVic Pride and GEM held an open meeting to give students a chance to sign up for the parade and contribute to the planning.

While the groups opted to walk in the parade rather than sign up for a float, they made their section fun and colourful with drag fans, ribbons, and batons.

“I’m excited that it’s one of the first parades in years now,” said Underwood. “And [it was] a really good excuse for us to order some really queer props.”

Condoms and other safe sex supplies were also passed out to parade-goers, along with brochures for both organizations and pamphlets about safety when interacting with cops.

Underwood expressed disappointment that the biggest Pride event in Victoria takes place in the summer when many students are away from Victoria. However, speaking ahead of the parade, he felt confident that UVic Pride and GEM’s participation would be a success.

“There’s a pretty good kind of sense of appreciation for this. A lot of people are liking our post on social media, and people seem pretty interested in it,” Underwood said. “Maybe one day we’ll have a big float.”