‘We are not free until everyone is free’ 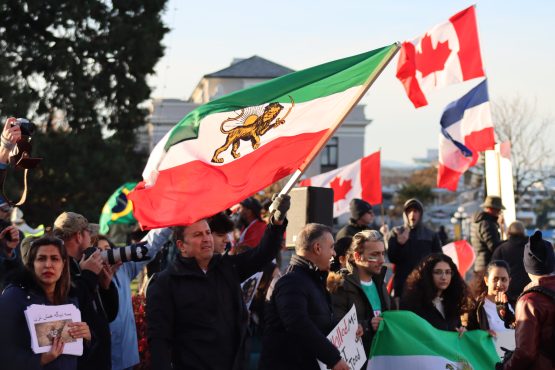 On Nov. 19, a peaceful protest organized by members of Victoria’s Iranian community took place at the legislature. The event commemorated the lives lost during the November 2019 riots in Iran that were caused by dissent over the rise in petroleum prices.

This year, the death of Zhina Mahsa Amini while in police custody acted as a trigger for the unresolved anger of Iranians against their regime. Known as Bloody November, the 2019 riots still act as a reminder that there is a strong chance that today’s Iranian protestors could face charges, detention, and execution.

At the protest, there were chants of “Zan Zindagi Azadi” and “Women, Life, Freedom” preceding co-organizer Yasaman Soofi’s speech which discussed the protests.

“The Islamic regime is counting on us to be silent,” spoke Soofi. “It is counting on you to be silent. So when we shout ‘Zan Zindagi Azadi,’ we shout for Iranians, when we post, tweet, and use hashtags we help fuel their fire, we amplify their voices and we give them hope that we are standing in solidarity, that they are seen and heard. Let’s unite in our voices and fight against dictatorship, patriarchy, and oppression. Because we are not free until everyone is free.”

There were two politicians present at the protest. Laurel Collins, MP for Victoria, and Victoria council member Susan Kim both spoke at the gathering.

“It’s so important right now that we put pressure on our federal government to step up,” said Collins. “For months my colleagues and I have been pushing the government to implement sanctions, to actually acknowledge that this regime is engaging in acts of terrorism, in systemic and brutal acts of oppression. And finally after months, just days ago, the government finally acknowledged that these are acts of terrorism … We need to go farther, we need true sanctions on the senior officials of the IRGC to ensure that we put pressure. Canada has an important role to play in upholding human rights and international law around the world … The only way that we are going to ensure that the people of Iran can live freely — can live peacefully — is if we speak out, if we stand together and take action.”

The crowd cheered as Collins finished her speech and others took to the stage to talk about their experiences. 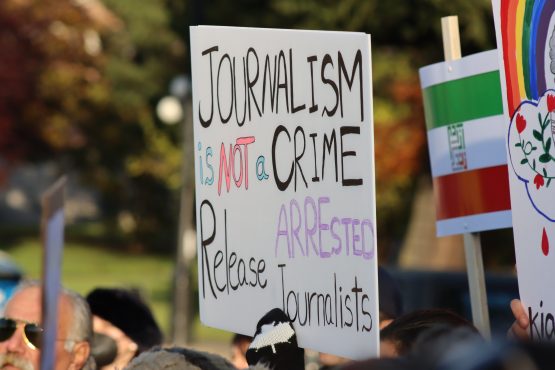 The Martlet was able to interview Yasaman Soofi afterwards and discuss the plight of Iranian Canadians who have family in Iran. Soofi explains that the main aim of the protest was “to shine a spotlight on what is happening in Iran and the need for international solidarity and action against the Islamic Regime.”

Soofi explains that over 15 000 political prisoners have been abducted and arrested since September 2022, and many are at a high risk of being executed. She goes on to state that in order to prevent this from happening, as it has in the past, it is important that the issue continue to be circulated and discussed.

Toomaj Salehi, an Iranian rapper who backed the anti-government protests in Iran is one of the six unnamed people who are facing the death penalty. His charge is “corruption on Earth,” which is a severe crime in Iran. Other celebrities who are facing charges but were released on bail include actress Hengameh Ghaziani, activist and blogger Hossein Ronaghi, and former football player Voria Ghafouri.

Like other Iranians, Soofi’s message to the people of Victoria and the world at large, is that “there is currently a historic feminist revolution happening in Iran where people are demanding fundamental human rights and a safe, peaceful, and free country. And it is our obligation as global citizens to stand with the Iranian people as we do with the people in Ukraine and the people in Yemen, and people who are enduring difficulties because of their government or because of war that is inflicted on them. We need to stand with them and do what we can to support and stand in solidarity with people that are not having the freedom that we take for granted on a daily basis.”

Soofi hopes that there is a regime change soon, since she says there is not a lot this government can do to regain the people’s trust. Protests against the government have been happening in Iran since 1979, most of which have been silenced through murder and imprisonment.

“The change that I hope for is a revolution that [causes] the regime to leave Iran,” Soofi says. “For us to have a secular and democratic government.”