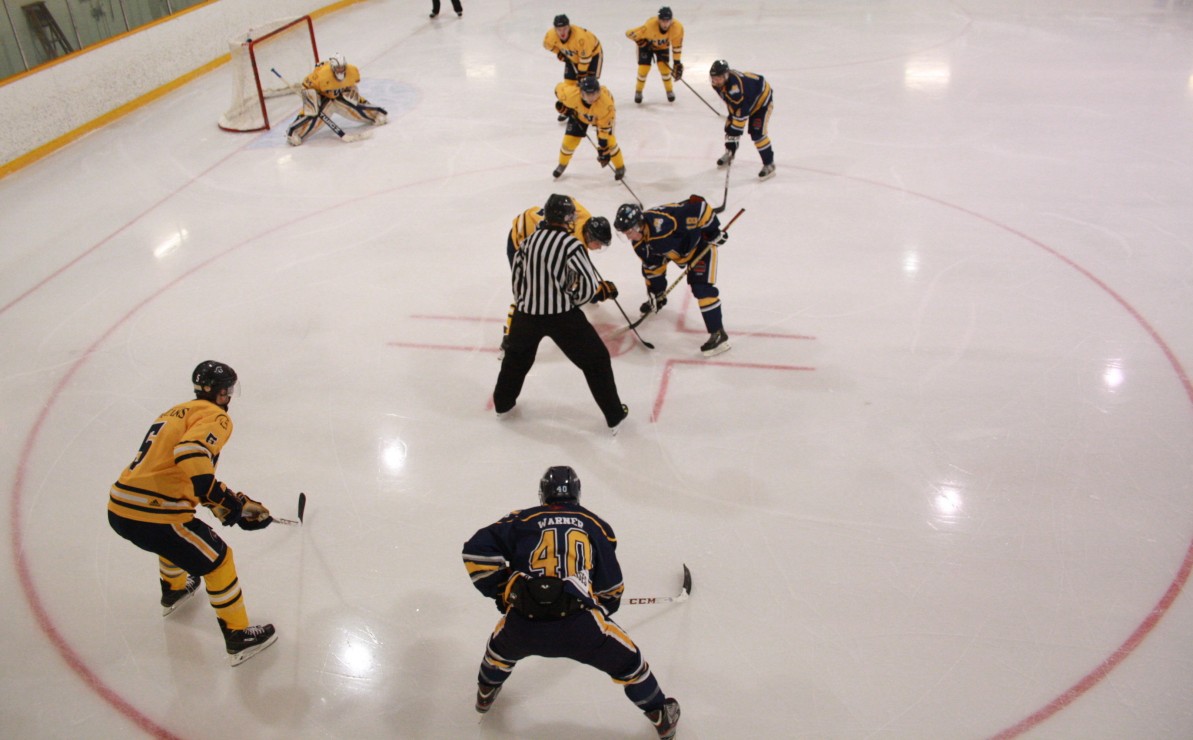 The UVic men’s ice hockey team hosted the league-leading Trinity Western University Spartans for a two-game series on Feb. 6 and 7. The Vikes lost game one 10-4 but were able to put the disappointment behind them, winning the second game 5-4. UVic now sits third in the BCIHL standings behind Selkirk College and Trinity Western.

TWU started off game one with a goal from Ryan Bakken, but UVic was able to answer back with goals from both Cole Conway and Shawn Mueller, giving the Vikes a 2-1 lead after the opening period. But the second period wasn’t pretty for the Vikes: TWU’s Mattias Schmitt, Jamie Kreller, and Grange Gordon contributed five goals combined in the second period. UVic’s Linden Horswill managed to cut the six-goal lead in half when he scored with a minute left in the second period.

Unfortunately for the Vikes, the third period was another letdown. The Spartans continued to run up the score when Cody Fidgett, Andrew Wheeler, Jamie Russell and Dustin Sawatzky each put one past Vikes goaltender Scott Legault. Linden Horswill of UVic scored the fourth and final goal for the Vikes.

“When you get down like that, you just have to try and put shifts together where you just make small contributions,” said Vikes assistant coach Stephen Foster. “You try to get something positive going to build for your next game; if it’s one shift, or one goal, or one play, that’s what you’re working for.”

It was obvious right from the start of the second game that the Vikes were not going to repeat the previous night’s performance, as UVic’s James Tindle opened the scoring just 10 seconds into the game. It didn’t take long for UVic to build on that lead: five minutes later, Evan Warner scored the second and third goals in under a minute, giving the Vikes a 3-0 lead.

The Spartans retaliated with a goal from Cody Fidgett, but Conway netted a late power-play goal to end the period. The second period had no scoring and was rather uneventful, but the third period more than made up the difference.

Fidgett scored his second goal of the game for the Spartans, followed quickly by Blair Murphy. UVic was able to extend their lead to two with a goal from Wolfgang Shoenefuhs to make it 5-3. Even though Ryan Bakken of the Spartans was able to make it a one goal game, it was UVic who came out on top this time by a final score of 5-4.

“The boys executed today and played with energy and the results are a win,” said Vikes Head Coach Harry Schamhart.

“Trinity Western hasn’t lost to anyone else in regulation,” said Tindle in a press release. “We’re the only team that’s beat them and this is three times this year so far, so that’s confidence for us with the playoffs coming.” 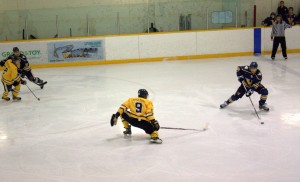 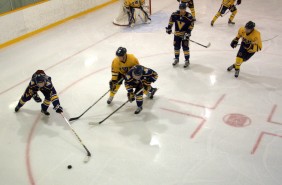 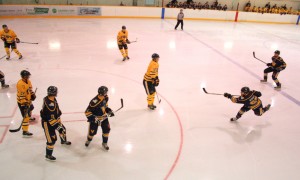 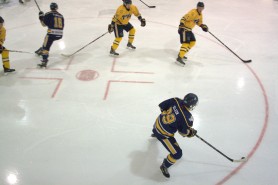