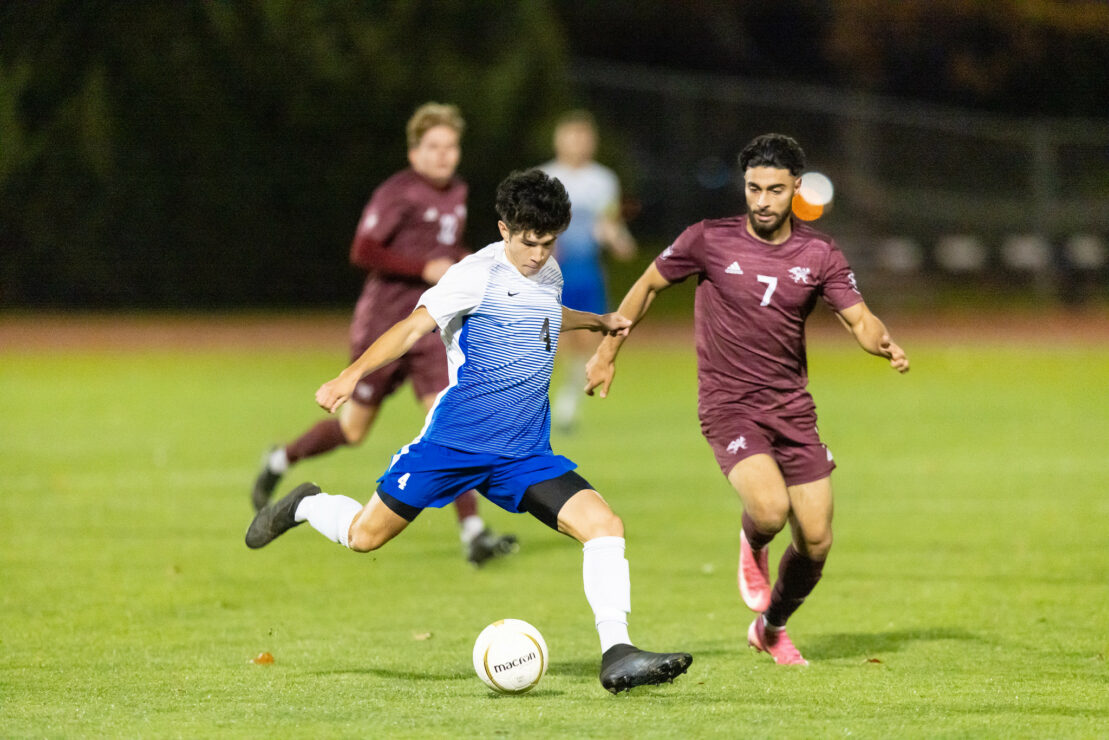 For the first time in 34 years the Vikes men’s soccer team has run out onto the pitch under new leadership. Vikes soccer alumnus Larry Stefanek has taken over as the official head coach of the Vikes men’s team, following in the footsteps of revered coach and player Bruce Wilson who retired this past December. The team started preseason training Aug. 2 and will play their first official game on Aug. 26.

“We are off to a good start,” Stefanek told the Martlet after the team won their first two preseason games. “The guys came in really fit and ready to go and eager. It’s a really good group.”

No stranger to leading a university team, Stefanek came to the Vikes after four successful seasons heading the Vancouver Island University (VIU) men’s program where he earned PacWest Coach of the Year in 2019. Stefanek also has a Bachelor and Master of Education, and was an associate coach for the Vancouver Whitecaps FC from 2015–2018. He played under Wilson from 1989–1992, earning CIS All-Canadian and Canada West All-Star honours.

“Obviously U Sports is a whole other level, it’s a step up,” said Stefanek about his transition from the VIU Mariners to the Vikes program. “It’s a full-time very prestigious program here at UVic that Bruce has established for many years and the people before him … it’s just a different mentality.”

Stefanek hopes to cultivate a strong culture with the team this season to build results off of. Part of that goal means collaborating with the players and building a reciprocal relationship.

“I like to be a transformational-type leader and not an authoritarian dictator so much,” said Stefanek. “I do like to talk to the players and see what they think as well after games, before trainings, after trainings, and get their ideas because they are sources of knowledge as well.”

Looking ahead to the season, Stefanek said the team has some work to do attacking at the net and hopes that a couple strong goal scorers will start to step up on the team. He said they’ve also brought on a few players that were redshirted last season, meaning they didn’t lose a year of eligibility, and picked up a couple strong recruits.

With a couple key players graduating after taking the team to their first U Sport national championships since 2015 last year, fourth year defender Rees Goertzen said the team is coming together under the new coaching.

“There are some good players stepping up and some youngsters who are hungry to prove themselves,” said Goertzen. “As a team we really seem to be gelling well.”

The psychology student was drafted by the Pacific FC, the Canadian Premier League team based out of Langford, in January and is expected to be a leader for the Vikes this season. Goertzen said his goals are to play clean games at the back, score some goals, and get wins.

“I think the whole team is really buying into what the new coaches have been laying out for us,” said Goertzen. “Every day they are coming in with a very structured plan and we’re very happy about that.”

The Vikes will play their first home game on Friday, Sept. 9 against the University of the Fraser Valley Cascades at Centennial Stadium after a bout of away games for their first two weekends of the season.