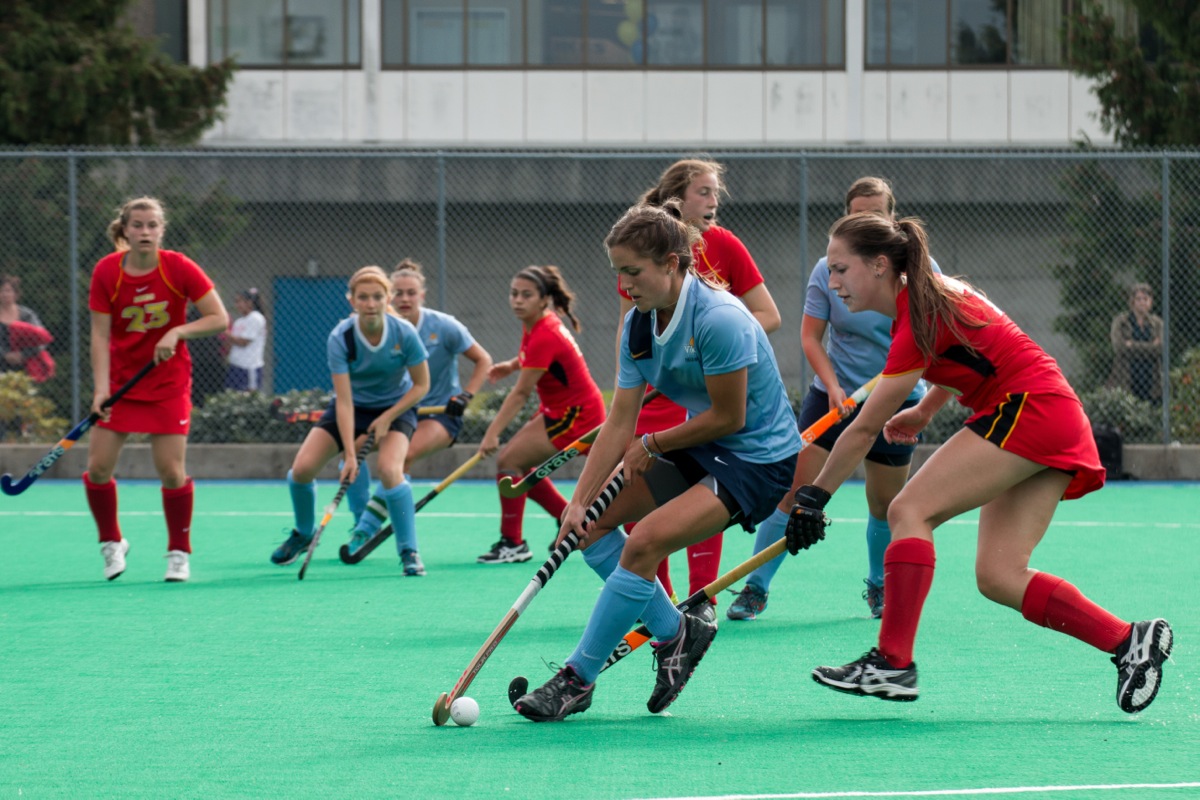 The Vikes women’s field hockey team swept the University of Calgary Dinos with a pair of 3-0 victories this weekend to clinch a spot in the Canadian Interuniversity Sport championships and improve their unbeaten record to 4-0-2.

The weekend featured impressive performances from numerous Vikes players. UVic’s Amanda Kurianowicz, a Calgary native herself, scored four goals over the two weekend games against her hometown team, including all three Vikes goals in Sunday’s game.

Vikes head coach Lynne Beecroft — in her 31st season — described Kurianowicz as “probably my most gifted goal scorer … today she took the bull by the horns and said ‘if we aren’t getting goals, then I will.’”

Dinos goalkeeper Alicia Frisch played especially well over the weekend and captured the attention of fans and opposition players alike. Frisch faced over 60 shots, demonstrating a spectacular diving stick save to keep the ball out of a seemingly open net. A testament to Frisch’s brilliant play is her withstanding numerous short corners while the Vikes maintained the majority of possession, allowing only six goals over the two games. 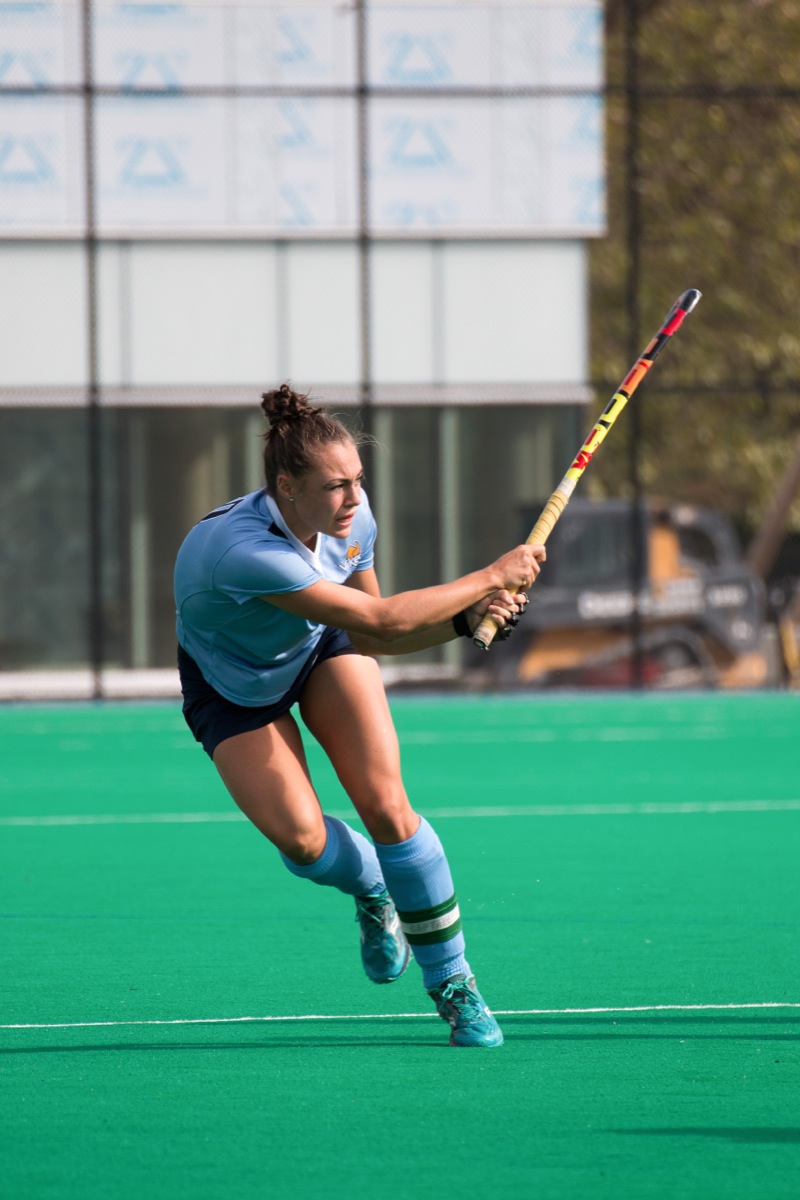 When asked what his team could improve on, Henré Meyer, in his second season as Dinos head coach, reinforced that U of C relied on Frisch. “I think the basics and confidence of getting the ball out of the back could be something we could use some really gentle work on,” he said. However, Meyer wasn’t entirely critical of his team’s performance this weekend.

“They’ve improved pretty much every game that they’ve played. They’re a very young group … The steps they’ve taken, the positioning, and getting more comfortable with where they’re playing I think have been significantly improved and we’ll take that going forward,” said Meyer.

The Vikes demonstrated impressive mental strength to maintain their intensity and focus from Saturday to Sunday despite the fact that the Dinos were largely outclassed by the Vikes. However, execution in their penalty corners was certainly a glaring concern.

“We obviously need to tweak a few things on our penalty corners,” said Beecroft. “You can’t have 30 and hope you get one out of 30, we have to get one out of one. We will definitely work on that this week.”

With Canada West rivals, the UBC Thunderbirds, arriving in town for Thanksgiving weekend, the Vikes’ attention will quickly be turned to those crucial games.

UVic will be looking for wins in those games to clinch top-seed in Canada West, but the two sides appear similar in skill, tying both games they have played against one another this season. Winning will be no simple task according to Beecroft. “They have a strong team up the middle. They have four national team athletes. They definitely will give us more of a run for our money.”