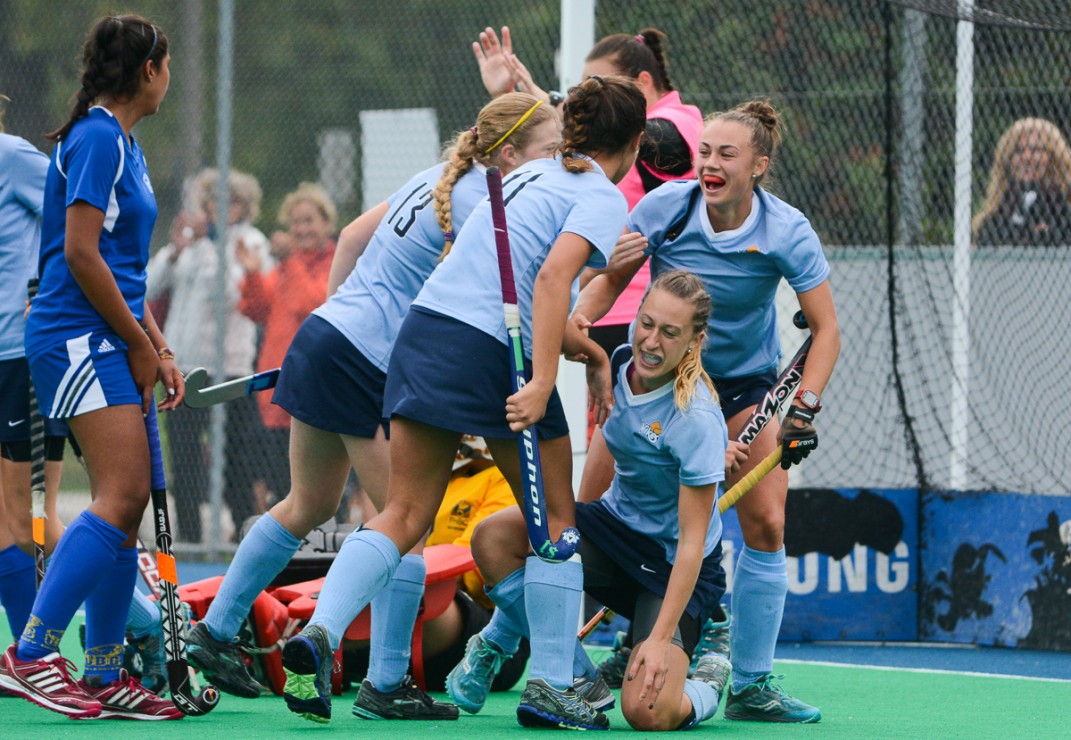 Members of the Vikes women’s field hockey team celebrate after a goal against UBC on Oct. 12, 2014. —Hugo Wong (photo)

Heading into last weekend’s matches, the Vikes had managed a pair of 1-1 ties against the Thunderbirds this season and were looking for a way to prove that they could beat UBC before the national championships.

On Saturday’s game, things didn’t exactly go as planned. The Vikes struggled to capitalize on chances generated in the first half of the game and ended up losing 3-1 at the hands of the Thunderbirds. The Vikes now needed to win to secure top spot on Sunday.

In the re-match, the Vikes – led by two goals from CW leading scorer Amanda Kurianowicz – defeated the Thunderbirds 4-1, the reverse of last season’s CIS final. The Vikes will now have nearly two weeks off while they set their sights on their first game of the CIS championships against the University of Toronto. 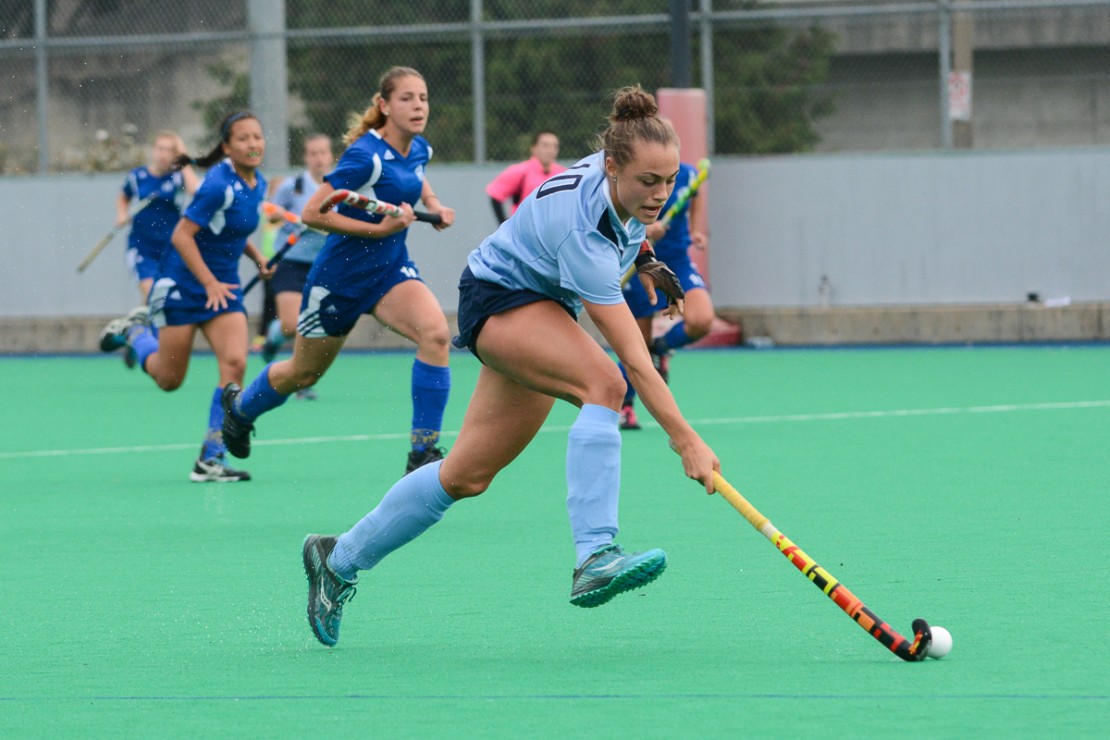 Vikes head coach – and three time CW Coach of the Year – Lynne Beecroft believes that at this year’s CIS championships, her team can compete with UBC by using their depth.

“I think overall, player for player, our athletes are starting to recognize that it takes 16 players to be successful,” said Beecroft. “We really rolled our lines today and we were able to get everybody off the bench whereas I don’t think they [UBC] has that same supporting cast.”

“I think her technical skills have caught up to her foot speed,” said Beecroft. “She’s getting some really good shots and scoring opportunities and she’s putting the ball in the net.”

The Vikes will play a few exhibition games in the two-week lull between their final regular season match and their first CIS championship game. However, the road to a CIS championship likely runs through UBC again in Toronto, a challenge that Beecroft says her team is ready for.

“I think that we showed UBC what we can do and hopefully we can carry that same momentum into Nationals.”

Plug: The Vikes begin play at the 2014 CIS Championships on Oct. 30 in Toronto, ON