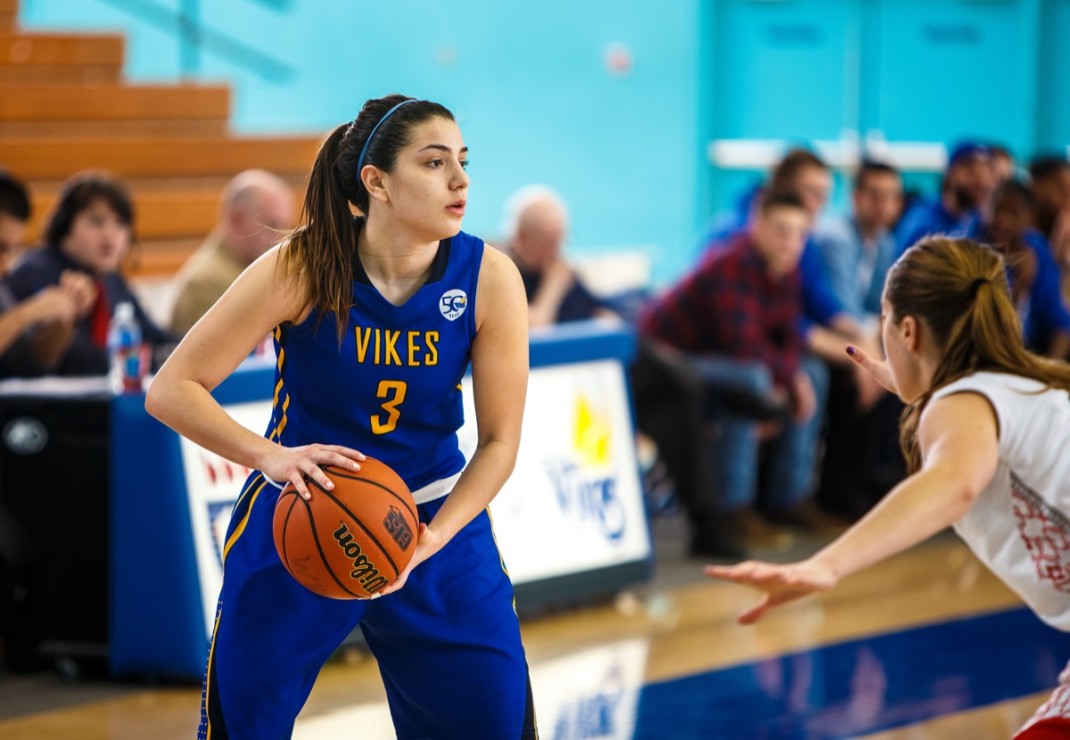 It took all three games and some late-game heroics, but the Vikes women’s basketball team is off to the CW Final Four for the first time in seven years. The Vikes defeated the Thompson Rivers University Wolfpack two games-to-one in their quarterfinal matchup last weekend.

The Final Four appearance is a far cry from the state of affairs the Vikes found themselves in earlier this season. On Nov. 29, the Vikes had lost their sixth straight game—an 89-68 home loss to the University of Alberta Pandas—and had started their season with a conference record of 2-6, and it looked like a long shot to be playing into March.

From that game on, the Vikes have played inspired basketball, losing just once in their final 12 games, including finishing the season on a six-game winning streak. The Vikes entered their quarterfinal matchup against the Wolfpack as the fifth seed from CW’s Pioneer Division while TRU claimed top-seed in the Explorer Division.

The series against the Wolfpack included three remarkably close games, with a combined margin of victory in the two Vikes wins of just five points. Game three of the quarterfinals had a dramatic finish, requiring a final possession three-pointer from fourth-year guard Shaylyn Crisp to put the Vikes ahead for good.

Regardless of the result, the Vikes will surely be pleased with this appearance in the CW championship, but for the time being they have their sights set on conference title and a berth in the CIS Final Eight. Next week’s conference championship presents an opportunity to end a lengthy drought for the Vikes; UVic has not won a CW title since the 1999-2000 season.

The University of British Columbia Thunderbirds, the Pandas, and the University of Saskatchewan Huskies make up the other three teams in the CW Final Four with the Vikes facing the Huskies first in the semifinals.

The Vikes’ first opponent present a steep challenge. The Huskies defeated the Vikes both times they met this season andfinished the regular season tied with UBC for the best record in CW at 17-3.

This semifinal matchup will also feature a showdown between two of the conference’s best three-point sharpshooters: UVic’s standout rookie guard Amira Giannattasio and the Huskies’ Laura Dally, the CW leader in three-point percentage. Both Giannattasio and Dally have been lethal from beyond the arc this season, and now the two players will go head-to-head in a matchup of two of the top five three-point shooting teams in CW.

It should also be noted that the Huskies are defending CW champions and finished 2013-14 with a fourth-place finish at the CIS Final Eight, a tournament that welcomes the top-two seeds from the CW Final Four. If the Vikes want to be back on the national stage in two week’s time, they will have to defeat last year’s champs. It certainly will not be an easy task, but betting against the Vikes has already proved foolish this season.