A new study highlights the impact of the ongoing housing crisis for Victoria-area students. The study found that 70 per cent of post-secondary students reported that their yearly earnings place them under the national low-income cut off, or “poverty line.”

The report, “Victoria’s Student Housing Crisis” by the Vancouver Island Public Interest Research Group (VIPIRG), used over two-and-a-half months worth of research and uncovered the effects of increased housing costs on students’ well-being through surveys and interviews.

“Everybody knows that student housing is rough, but not a lot of people know what that actually does to students,” says Dakota McGovern, VIPIRG’s outreach coordinator and one of the co-authors of the study.

“The vacancy rate is .05 per cent in Victoria. It’s the lowest in Canada, but everyone uses that number and very few people know what it means. So, the goal of this project was to show, in examples, what that [looks] like.”

A total of 386 students from either UVic, Royal Roads University, or Camosun College were surveyed. Fourty-seven per cent of participants said they paid between $501 and $750 in monthly rent, and around 12 percent said they pay $1 000 or more.

One of the alarming findings McGovern saw in the report was how few students knew about their tenant rights — this could potentially lead them into problems if a landlord tries to unfairly raise their rent price. 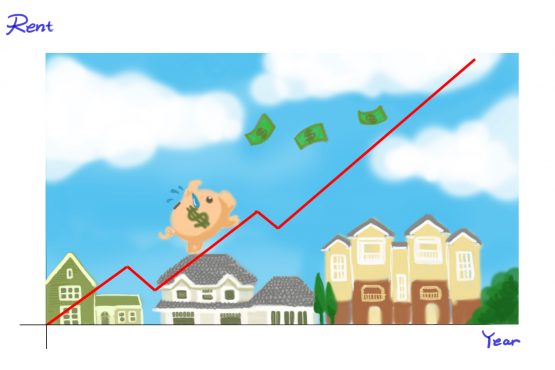 The report went on to say that 58 per cent of students spend most of their total income on housing, which negatively affects their financial security, with 152 student participants reporting that their primary source of income comes from employment. Ninety-eight subjects said family assistance was their main monetary source. Because of the skyrocketing rent prices, a heavier burden is placed on Victoria residents to gain one or more means of employment to keep a roof over their head.

Despite it being difficult to find somewhere to live in Victoria, 67 per cent of students said they felt safe or extremely safe in their neighborhood once they had found a place.

McGovern also found in the study that UVic was unfairly increasing rates for students living on residence.

However, McGovern did agree that UVic could positively combat the housing crisis by focusing on creating more residence buildings. Moving forward, he still thinks it’s crucial that the City of Victoria looks at its land rights and tries to enforce better laws against discriminatory landlords.

“It’s just making sure students know what their tenant rights are,” McGovern said, “and then making sure the university tries to implement the same rights that you have if you’re living off residence.”