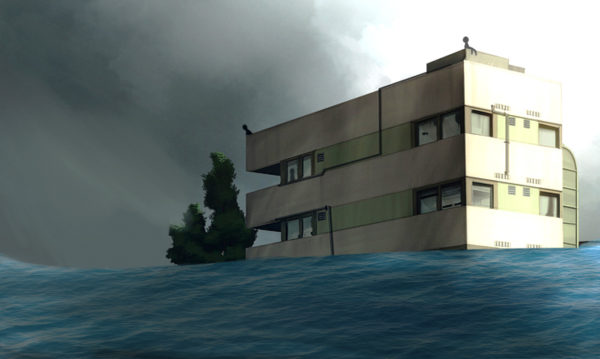 When El Niño hits, it’ll look something like this… maybe. Illustration by Christy Shao, Graphics Editor.

El Niño “monster” weather has Canada’s West Coast preparing for higher tides, flooding, and erosion, expected to hit this fall and last until winter. Ian Walker, a professor at the University of Victoria, worked on a study recently published in Nature Geoscience about El Niño and La Niña weather patterns with thirteen other researchers from five other Pacific Rim countries.

Researchers observed patterns in coastal change, such as tidal fluctuations and water levels, and how they could be related to major climate cycles through the Pacific, with data collected from 48 beaches along the Pacific Ocean.

Walker, a geography professor at UVic, collected data between Tofino and Ucluelet. He claims the El Niño expected to hit the west coast of Vancouver Island will be the largest ever seen, comparing it to some seen in California in the past few decades. However, forecasters have suggested that this El Niño could bring the same conditions as those felt in 1997–1998, the most memorable El Niño in history.

El Niño is a tropical ocean temperature change, where the warm water from the equator moves toward South America, makes a turn towards the North, and travels as far as Alaska. This temperature increase causes the water to expand and therefore raises ocean-water levels.

Following El Niño, La Niña brings an upwelling of cold water off the northwest coast of South America, and results in a decrease in coastal temperatures along Vancouver Island. This results in fewer storms and lower ocean levels, but storms will brew in the middle of Vancouver Island, which leads to the erosion and flooding. Walker predicts that El Niño will hit this fall, but La Niña could follow in a few years. What makes B.C. unique is its broad Pacific Basin, meaning that it responds to both El Niño and La Niña, which is rarely seen throughout the Pacific.

Coastal communities on Vancouver Island and part of the mainland are being warned to prepare for extreme flooding. Washington, Oregon, and California are also at risk, with severity ranging based on exposure to the open Pacific.

Ian Walker, whose research went along the West Coast from Haida Gwaii to California, is an expert in beach and dune systems, dune restoration, coastal erosion, and sea level trends.