What people do if they’re “not dating” 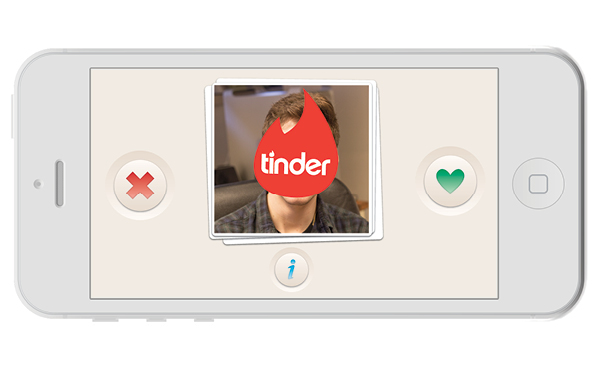 Anyone in their late teens and early twenties knows that they’ve landed in a perfectly timed paradigm shift in the world of dating; watching as the age of courtship fades out and hook-up culture floods in. Long gone are the days of verbal date invitations and kisses on the porch while an overly protective father glares through the curtains. In its place now are several weeks of “good morning” texts and casual hookups at parties. Dates don’t usually come until after you’re a bona fide couple, but who knows what that looks like anymore? Are you two a ‘thing’? Are you seeing each other? Are you dating?

In the glorious age of hookup culture and the “dating is dead” phenomenon, it’s easy to become cynical. The form and technique of dating has changed, but that doesn’t necessarily mean that there are fewer relationships and marriages than 10 years ago. Simply put, this means that rather than brushing up on your ballroom dancing, you need to brush up on your texting skills. We’re a technology-based generation; we speak in a language that is foreign to  what our parents spoke.  Most of our conversations involve emojis. Rather than promise rings, we demonstrate our level of trust and devotion by sending nude pictures via Snapchat, hoping the recipient won’t take a screenshot. It’s a different game with different rules.

I joined Tinder as a ‘joke,’ the way middle-aged people join dating sites just to “see what’s out there”: half kidding, half serious, but mostly curious. My research has led me to conclude that there are three different kinds of Tinder interactions.

The first, and probably most common, is the conversation started purely for the intent of a hookup. I experienced this conversation with a guy who was actually very sincere about the situation, letting me know right away what his intentions were. I thanked him for his honesty, politely turned him down, and then told him that it was the nicest way I had ever been solicited for sex. Then I made a joke; it turns out he isn’t too fond of making light of such situations.

There were other ways that conversation could have gone, which is why someone invented a Tumblr page dedicated to the consequences of “Straight White Boys Texting.” It’s a hilarious culmination of evidence: unsolicited references to phallic appendages and invitations to perform sexual acts. Photos of these conversations are posted by a bunch of unsuspecting women who were trying to make polite small talk and deflect unwanted advances, but were bombarded with the “burdens” of the “well hung.”

The second form of Tinder interaction is the polite, and sometimes even interesting, conversation that seems to go nowhere. Neither of you have mentioned getting together in person, so the conversation seems to spiral into a meaningless oblivion of 20 questions where you seem to ask yourself, “If I lie and say I like country music too, will he finally ask me out?” You realize the answer is no.

The final and most uncommon form of Tinder interaction is the one that leads to an actual relationship. They’re most uncommonly known because no one is actually willing to admit that they met their significant other on a glorified “Hot or Not” app. I have several friends who have met their boyfriends on Tinder; one is a real genuine guy who likes to build furniture and worked as a firefighter over the summer. Stories like that make you regret deleting the app and convince you to add it all over again, thinking just maybe there is a motorcycle-riding poet out there waiting for you.

[pullquote]There’s no easy way to tell Grandma that no, you’re not “dating” anyone, but you always seem to end up in the same cab home from downtown with this one guy.[/pullquote]

So, what exactly does it mean to date in our generation? I’ve come to the difficult conclusion that it involves a high degree of nonchalance. You can’t let the other person know you’re generally interested, because then you risk coming off as a creep (if you’re a guy) and a psycho (if you’re a girl). This leads to a lot of long text breaks, and strategically turning your read receipt on and off so that the other person knows you read their text but you’re just too busy to take the time to respond. No one can know you have feelings; essentially you need to be void of all emotions. That is, until you’re drunk at the club and he/she shows up with another guy/girl. Then you may as well be James Van Der Beek making his sad Dawson face — pretty, but going downhill at an alarming rate. However, if the night takes another turn and their alleged counterpart doesn’t come downtown with them, then you’re in the clear. Hook up once and it could be deemed a drunken mistake, twice and it can be considered a happy coincidence, but as a good friend of mine would say: three consecutive hookups and you’ve got yourself a “thing.” I don’t know if there’s any scientific evidence backing her theory, but it’s proven to be true thus far.

A “thing” is what we all call a relationship void of all labels and accountability, but where both parties enjoy the emotional and physical advantages of a real relationship. It’s like having a significant other, but not having to treat them as a well as you would an actual significant other. Getting to call it a “thing” is a bonus, which has ironically morphed into a label in and of itself. However, it can get confusing when you’re home for the holidays and your family is eager to know where your romantic life is headed. There’s no easy way to tell Grandma that no, you’re not “dating” anyone, but you always seem to end up in the same cab home from downtown with this one guy.

There’s endless controversy surrounding our generation’s method of dating. Some say it’s too reliant on technology, too impersonal and lacking that old fashioned romance, but I would argue that romance isn’t dead, it just looks a bit different than we remember. I recently met a guy at a bar who wooed me with stories of his several rock climbing excursions–and a few double rum and cokes. Later in the evening, when my friends and I were at his apartment, he rappelled off his balcony and down the side of his apartment building, rope in one hand, beer in the other. That’s not to say that every guy needs to put himself in danger in order to woo women, but it can be refreshing for someone to go out of their way to impress you, women included. It was a modern day John Bender fist pump, and in generation so casual about love, that’s all anyone is really looking for.