The wrap up: What you missed at the 2022 Victoria Fringe Festival

One-person shows, musicals, comedy skits! The Victoria Fringe Festival has come and gone, taking with it some great performances. If you didn’t have a chance to snag tickets, here’s what you missed at Fringe this year.

It was two weeks with 22 total shows, each vastly different from the last and all offering a slightly different experience for both artist and public to enjoy. Everyone was there to revel in some art and it was a perfect way to close out the summer in Victoria.

If you’re new to Victoria, the Fringe is a theatre festival that has been going on for around 30 years, minus the break they took in 2020 due to the pandemic. It’s a chance for indie performers to put on smaller shows (45–60 minutes) and tour across the country, and even the world in some cases. Shows can range anywhere from traditional plays, auto-biographies, anthologies, to dance performances — the only limit is the performer’s imagination. As the creators of the show Unmatched put it in an interview with the Martlet, “one of the greatest things about the Fringe is the vast amount of new art and new artists you get exposed to.” 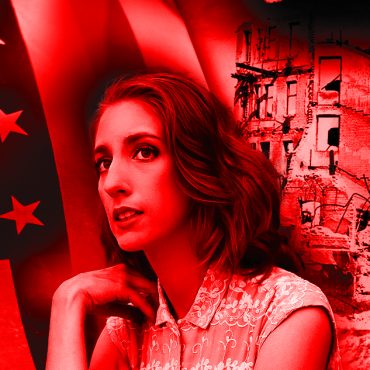 The winner of the prestigious Pick of the Fringe Favourite Show award this year as voted by the audience was Eleanor’s Story: An American Girl in Hitler’s Germany. Ingrid Garner adapted her grandmother’s memoir to bring the story of civilian life in Nazi Germany to the stage. It definitely deserved Pick of the Fringe Favourite Show, as it used the format of the one-person-show to its full advantage with a strong script and powerful acting. Another great example of a one-person show this year was Sawney’s Legacy. Both actors from these plays were able to convey the differences of the cast of characters in a way that felt smooth and natural. Great one-person shows live and die on their actors.

A similar format to the one-person show is the spoken word/storytelling genre at Fringe. This genre leans more heavily on the autobiography side and are often true stories from the performer’s life. While vague to describe, the point of spoken word is the storytelling itself. Stand outs this year were Is this Yours? and Bookmarks. Perhaps it was my personal exhaustion of self-aware stories where everything is ironic and nothing is taken seriously for the sake of a quick joke, but I thought these shows shined in their honest, heartfelt stories of people making art, making attachments to art, and just living life.

The Fringe also put on some more experimental shows. The Sci-Fi Sampler was an anthology production of short sci-fi stories within an hour, with a range from thoughtful concepts to a story of humans raised as cattle. Tree and Mr. Coffeehead are best described as ‘clown’ shows with a brand of uniquely chaotic comedy.

Another interesting show was Unmatched, which took real first date stories from submissions and presented them as one person’s bad dating history. While they didn’t specifically request bad dates, it seems that bad first date stories was all they got! Apparently people enjoy sharing in each other’s misery. In fact, according to Eve Beauchamp and Caity Smyck, the creators of Unmatched, the show was full of nothing but people enthusiastic about sharing their stories. And they are still accepting submissions for future shows. 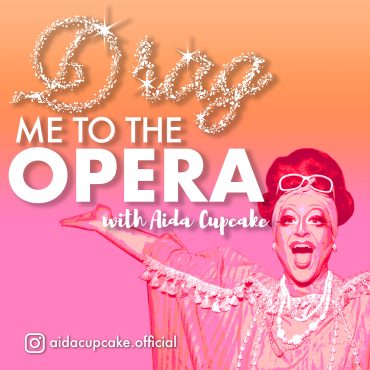 Drag Me to the Opera promo graphic, provided by Intrepid Theatre.

One welcome addition to the Fringe was more musicals this season! Confessions of an Aging Twink and Drag Me to the Opera brought two vastly different autobiographical experiences. Confessions was told through rewritten musical songs, while Drag Me had classical operatic arias. Both were about finding joy through music and about finding yourself along the way. Confessions and Drag Me won Favourite Musical/Variety Show and Spirit of the Fringe respectively, and they absolutely deserved said awards.

A new feature to the Fringe this year was the Fringe Spotlight Series, where plays in development were tested out. This year had Through My Lens, a 45-minute musical about breaking into photography as an artistic medium. While only a script reading/singing, this musical had a lot of heart and an earnest discussion about what it means to stick to your morals when pursuing art as a career, and also what it means to compromise them. I hope that the Fringe keeps the Fringe Spotlight Series in the future and that more emerging artists apply for it.

There are plenty more shows not mentioned in this article that were fantastic to see in person. So whether or not you’re just interested in checking out some shows, or an emerging artist yourself, make sure to save the dates for the Victoria Fringe 2023.