What you need to know about monkeypox on Vancouver Island

Risk of monkeypox is considered low by BCCDC 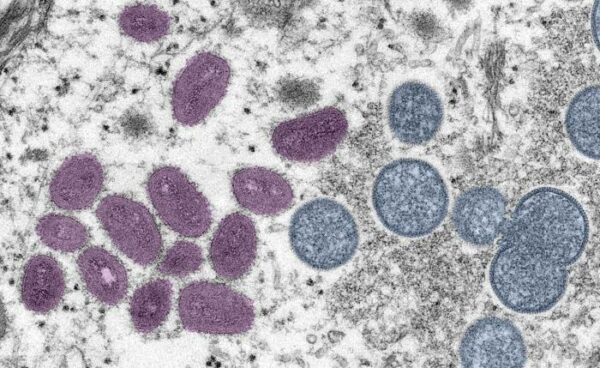 Multiple countries have seen an uptick in monkeypox cases this summer, causing the World Health Organization to declare the monkeypox virus an international health emergency in late July. With infections on the rise in Canada, UVic students might be wondering what the virus is, how it presents itself, and what they can do about it.

As of Aug. 23, there are 125 confirmed cases of monkeypox in British Columbia, with only six of those cases in the Island Health region. The BC Centre for Disease Control (BCCDC) currently considers the risk to the population low, and is connecting with those who have had close contact with the virus. B.C. is also already offering a vaccine for high-risk populations.

“The more we know collectively as a community, the more we can work together to prevent outbreaks,” said Lucas in an email to the Martlet.

The monkeypox virus causes the monkeypox disease, and it can enter the body through the mouth, nose, and eyes or through broken skin. The virus can spread between animals and humans, between humans, or through sharing contaminated objects such as bed sheets or towels. It can be passed through having close contact with someone who has monkeypox, including during sexual activity.

It has two stages of symptoms and those who get monkeypox are likely to have some symptoms for two to four weeks. The first symptoms are general sickness that could pass off as other illnesses, such as fever, chills, intense headaches, and tiredness.

Stage two, which usually occurs between one to five days after the first stage of symptoms, is a blister-like rash. The sores are often found on the hands, feet, legs, mouth, and/or genitals and they can last anywhere from two to three weeks. The BCCDC says that symptoms can show up differently, for example some people may not get stage one symptoms at all but can later develop the stage two rash.

Currently, monkeypox has no well-established treatments. The vaccine that helps prevent monkeypox is called Imvamune, and it can also be given if someone had exposure to the virus but does not yet have symptoms to lower the severity. Although Imvamune was originally used to prevent smallpox, the vaccine has been proven to reduce the chances of monkeypox infection by approximately 85 per cent. Currently, many countries in the world are in need of the vaccine and supply is very low.

“At this time we don’t have vaccine available at the Student Wellness Centre, but Student Wellness practitioners are assessing folks for eligibility and referring them to Island Health for vaccination when indicated,” said Lucas. “As with other communicable disease vaccination programs, changes are made based on the status of the outbreak and availability of vaccine.”

Island Health is currently booking appointments for Imvamune for those people considered at higher risk. You are eligible if you are 18 or older and identify as gay, bi, trans, or as a man that has sex with men and have had one of these other requirements: an STI in the past two months, two or more sexual partners in the past 21 days, had casual sex or attended an event for casual sex in the past 21 days, or take part in sex work, be it as a worker or client. Most of the current cases have been spread through close sexual contact.

As of August 15, the province has administered 14 177 doses of Imvamune.

According to the BCCDC, most people getting monkeypox right now are men who identify as having sex with men, but that does not mean that other demographics can’t get the disease. Monkeypox can infect anyone, regardless of how they identify or their sexuality.

“I would encourage students to participate in fact-based discussions, be respectful, and be vocal about discrimination and stigma,” said Lucas. “Stigmatization can lead to people not seeking services like testing and treatment.”

Currently, UVic is not required to have a health plan for monkeypox infection.

“We continue to follow public health guidance for monkeypox,” wrote Kirsten Lauvaas, the associate director of public affairs, in an emailed statement to the Martlet. “We will adjust our on-campus health and safety policies, as needed, to align with any changes to this guidance.”

You can check your eligibility and book a monkeypox vaccination appointment on Island Health’s website: https://www.islandhealth.ca/learn-about-health/diseases-conditions/monkeypox