Advance voting for Victoria and Saanich will be available on campus 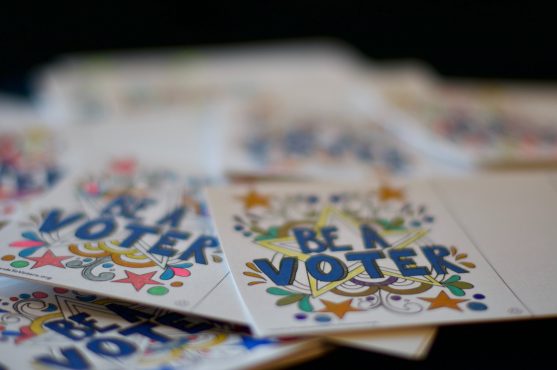 Photo by Dan Dennis via Unsplash.

You’ve probably already seen the signs posted up around town. With voting day for the 2022 B.C. General Local Elections slated for Oct. 15, candidates are now in full campaigning mode.

“You might not think that cities have that much of a say in your everyday lives, but they actually do,” said Emma-Jane Burian, a political science and environmental studies student and one of the organizers of the Get Out The Vote campaign at UVic. The campaign’s goal is to increase student voter turnout.

In these upcoming elections, voters will decide a new mayor, councillors, and a varying number of school trustees in their municipalities. Mayors and councillors will hold their positions for the next four years.

Students at UVic will mainly be affected by the election outcomes in Oak Bay, Saanich, and Victoria, as these regions are closest to UVic. These elections are important for UVic community members, so it is crucial to understand when and where to vote, as well as where to find information about who is running for which municipalities.

Oak Bay is the smallest of these three districts, and thus only offers two locations for voting on Oct. 15. They have two days of advance voting, both of which will be at the Oak Bay Municipal Hall. Saanich, the largest of the municipalities, offers 17 locations on the general election day, and three days of advance voting, each with two different locations. Finally, Victoria has 13 voting locations the day of, and four opportunities to vote before that day. All districts are also promoting mail-in ballots as well.

To vote students must be at least 18 years old, be a Canadian citizen, have lived in B.C. for at least six months, and live in the district they are voting in. While Saanich does a good job on their website to show voters the confines of their municipality, it could be unclear what the borders of the Oak Bay and Victoria districts are, especially for young students who may be unfamiliar with the area. Get Out The Vote can help with understanding this.

“We’re going to hand out flyers about how students can vote and really just educate them about the time and place [they can vote at],” said Burian.

Both Burian and Co-Coordinator Alyssa Jackson are excited about the fact that advance voting will take place on-campus this year. The districts of Saanich and Victoria will have voting locations on campus in the Student Union Building on Oct. 11 from 8 a.m. to 4 p.m. This is great for accessibility and for busy students, as Burian says time is often a deterrent that limits student voting.

However, Jackson noted the unfortunate timing of the on-campus voting as Thanksgiving is the day before, and some students may choose to extend their time with families.

Regardless of that, the Get Out The Vote campaign will look to reach as many students as possible and encourage them to vote. “On the fourth and fifth there’s candidates tabling at the SUB and we’ll be there,” said Jackson. This will be a great opportunity for students to get to know who is on the ballot.

Both Burian and Jackson also stress the importance of voting in municipal elections.

“Change happens from the bottom up, which means we need to vote in municipal elections because it’ll expand further and further into the governments of Canada,” said Jackson.

If students want to request a mail-in ballot, find more information on voting locations, and view candidate profiles, they should head to their respective municipalities’ website where they will find everything they need to know.

The Martlet will also be independently mediating a candidate forum hosted by the UVSS. Oak Bay candidates will be on campus on Oct. 5, Saanich candidates on Oct. 6, and Victoria candidates on Oct. 7. Each forum will be at Vertigo in the SUB from 5–7 p.m., with a meet-and-greet after the forum concludes.